An anti-government group's members harassed the young woman after she testified in a hearing. 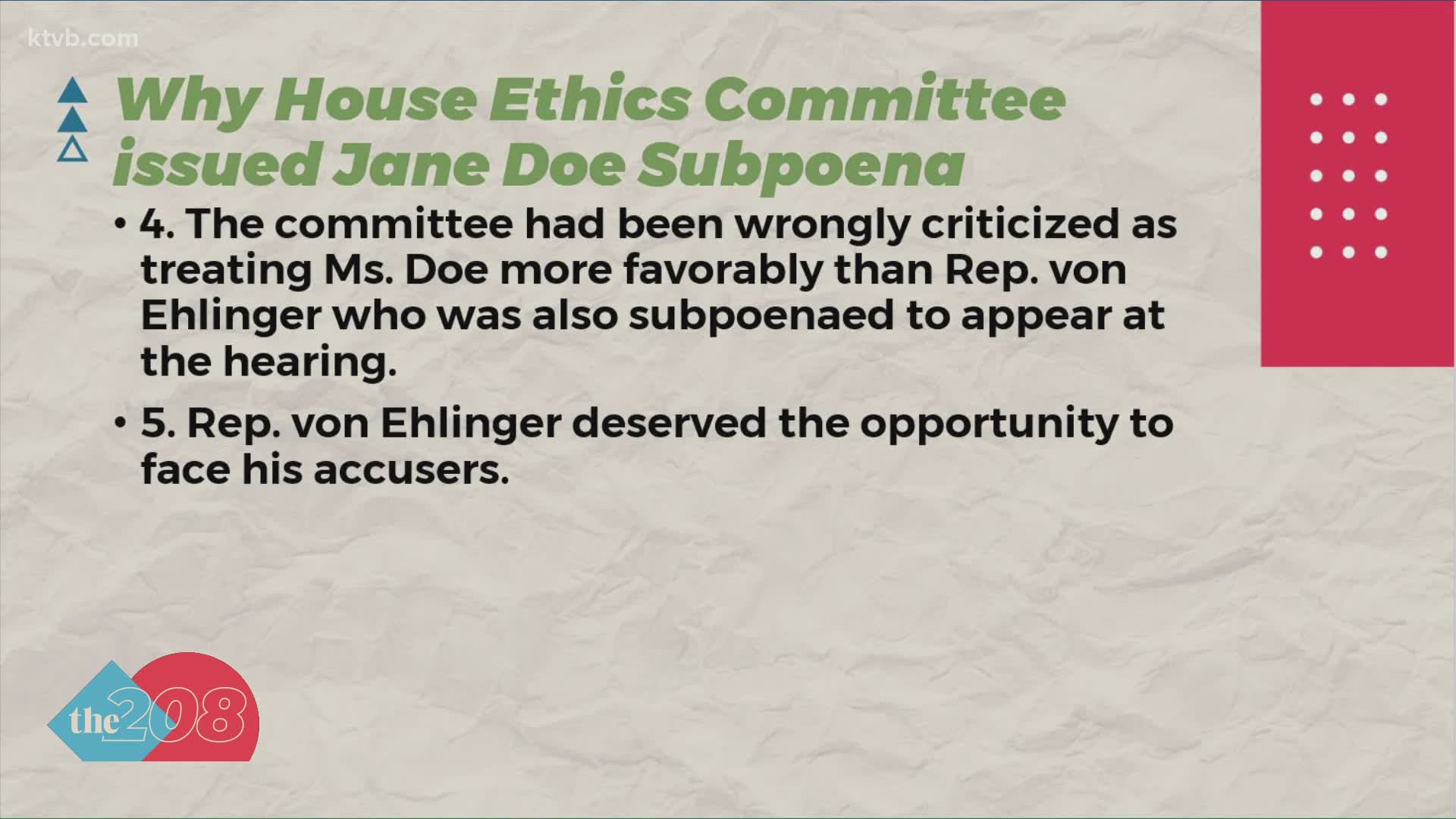 BOISE, Idaho — From nearly the moment a 19-year-old intern's report that she was raped by an Idaho lawmaker became public, she faced harassment from right-wing groups and even other lawmakers.

One state lawmaker made inquiries about whether the intern could actually be referred for criminal charges.

Another shared links with thousands of people about a blog post that included the intern's name, photo and personal details about her life.

An anti-government group's members harassed the young woman after she testified in a hearing.

The intern in an interview with The Associated Press described the harassment as overwhelming. She wants the Legislature to protect others from harassment in the future.

The House Ethics and Policy Committee sent a letter to our partners at The Idaho Press explaining why Jane Doe attended the hearing. Rep. Sage Dixon (R-Ponderay) explained that she appeared at the hearing willingly and the subpoena was never actually served.

However, the committee gave several reasons for attempting to serve her with a subpoena. Members were unsure whether Doe would show up on her own and felt it was important to establish her credibility, despite her full written testimony already being on file.

The committee also claimed they wanted to treat all witnesses equally, especially since committee members were accused of favoring the accuser over the accused.