Schmidty's Burgers, Heart City Tattoo and Cole Taylor Salon are among the businesses impacted by the fire. 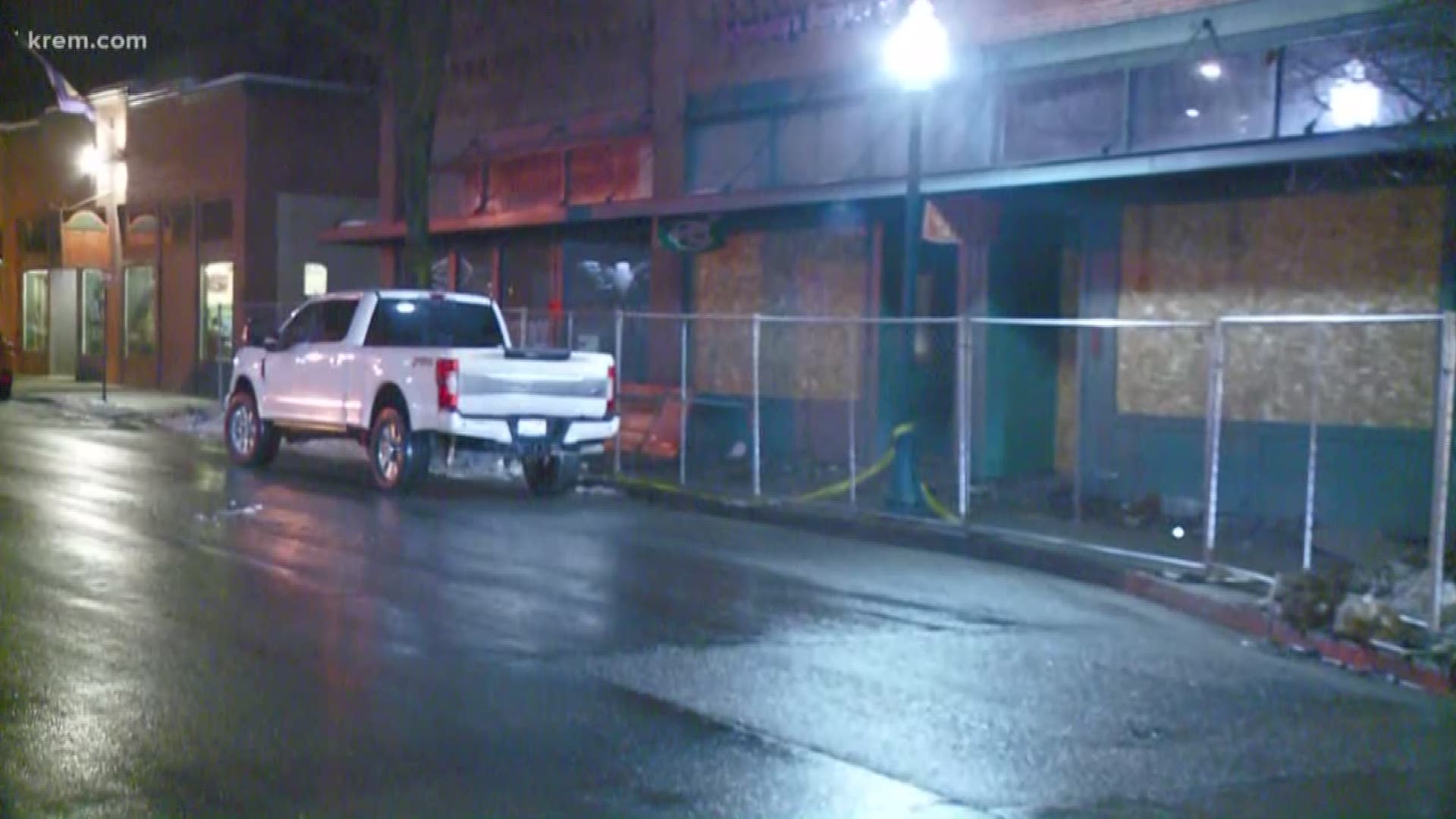 COEUR D'ALENE, Idaho — The investigation into a fire in downtown Coeur d'Alene is set to begin by the end of the week at the earliest after six businesses were displaced on Monday morning.

Fire crews told KREM's Nicole Hernandez that the fire broke out at about 1:15 a.m. on Monday at 4th Street and Lakeside Avenue.

Suppression crews left the fire scene at about noon on Monday and buildings were secured several hours later, Etherton said. He added that fire crews have maintained the scene until the investigation can begin.

Etherson said the investigation will be delayed as the fire department waits for investigators from several different insurance companies. The investigation could begin by the end of the week but it may be pushed to next week, he added.

"As with all structure fires, we will have crews in the building for a couple days making sure there are no hot spots which could rekindle the fire," Etherton wrote in a statement to KREM on Tuesday.

A University of Idaho weather camera caught the fire from start to finish. The university posted the video on its Facebook page.

Business vow to rebuild after fire

Schmidty's Burgers posted on Facebook about the effects of the fire on their business.

"We are obviously not going to be open for a while, at least in this location. No one was hurt thank God!! We will post more as we find out more info," the restaurant wrote in a Facebook post.

Cole Taylor Salon also shared a message about extensive damage to their business on Facebook, writing that everyone was safe and unharmed following the fire. They added that eight stylists no longer have a place to work and the salon will be closed for "a long period of time."

"I want to say thank you to everyone in the community who has reached out and offered help and prayers! We are just devastated. We are lucky to live in a community that comes together in times like this!" the salon wrote on Facebook.

Hop Positive Brewing Company said in a Facebook post that it would donate proceeds from sales of stickers and its Winter Pudgy ale to those affected by the fire.

A fundraiser for 720 Haberdashery raised $2,000 in its first two hours.

Owner Luis Gomez said he will rebuild his business, which is the result of over 50 years of tailoring.

"Last year, I had two deaths in the family, so you know that's hard. But this, I'm going to persevere, I'm going to triumph," Gomez said.

Six engines, two ladders, two ambulances and two battalion chiefs responded to the blaze, according to the fire department. No one was injured.

Snow plows helped to pick up debris strewn across the roads due to firefighting efforts.

RELATED: No timeline for when Sandpoint business complex could be rebuilt after massive fire