Brain Freeze posted on Facebook that the South Hill location will close for good, and that the Kendall Yards location will reopen 'probably in the next week or two.' 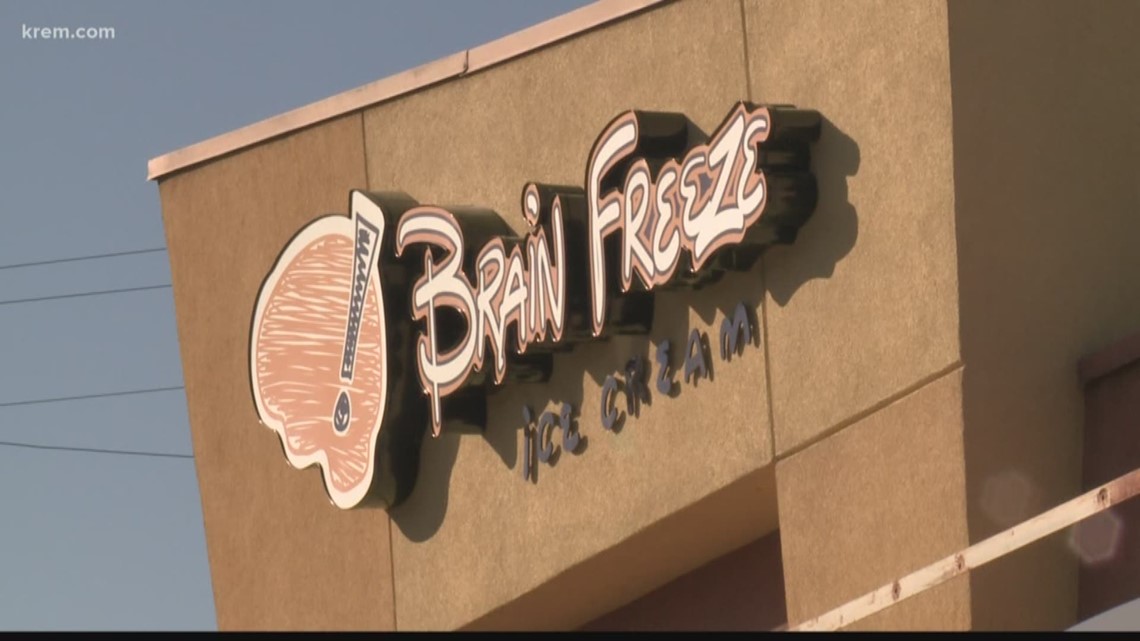 SPOKANE, Wash. — Brain Freeze Creamery announced they will permanently close their South Hill location due to it being unprofitable.

They made the announcement on their Facebook on Wednesday. The company also said their Kendall Yards location will reopen "probably in the next week or two."

Brain Freeze Creamery’s locations on Spokane’s South Hill and Kendall Yards had temporarily closed for more than $19,000 in unpaid taxes.

A notice dated Aug. 22 from the Washington State Department of Revenue is taped to the South Hill location’s door. It says that the department issued two tax warrants against the business on March 26 and November 29, 2018, totaling $19,788.64 in unpaid taxes and penalties.

Brain Freeze did not pay the warrants for more than a month after they were filed, which led to the Department of Revenue revoking the store’s certificate of registration, the notice says.

Credit: KREM
A sign on the South Hill location's door reads, "We will be back!"

The business said on Facebook that they were surprised by the closure, as they had been working with the department to determine their options.

“First, thank you all for the kind words. Second, yes, this was a bit unexpected. We had been working with the Department of Revenue to get caught up, not entirely sure what went wrong. Third, we are currently in discussion with the DOR to see what our options are. We are hoping to be back open mid-week,” a comment on the Spokane Foodies Facebook group reads.

KREM reached out to Brain Freeze for comment but did not receive a response.

A spokesperson from the Department of Revenue told KREM that there are several steps Brain Freeze needs to take in order to reopen.

Lastly, the ice cream shop will also need to apply for a new business license. The DOR spokesperson said that process can take several weeks.

RELATED: Mistrial for Oregon man refusing to pay taxes since 1999: 'I'm not going to fund the death of kids'

RELATED: Shakira in Spanish court accused of failing to pay $16 million in taxes