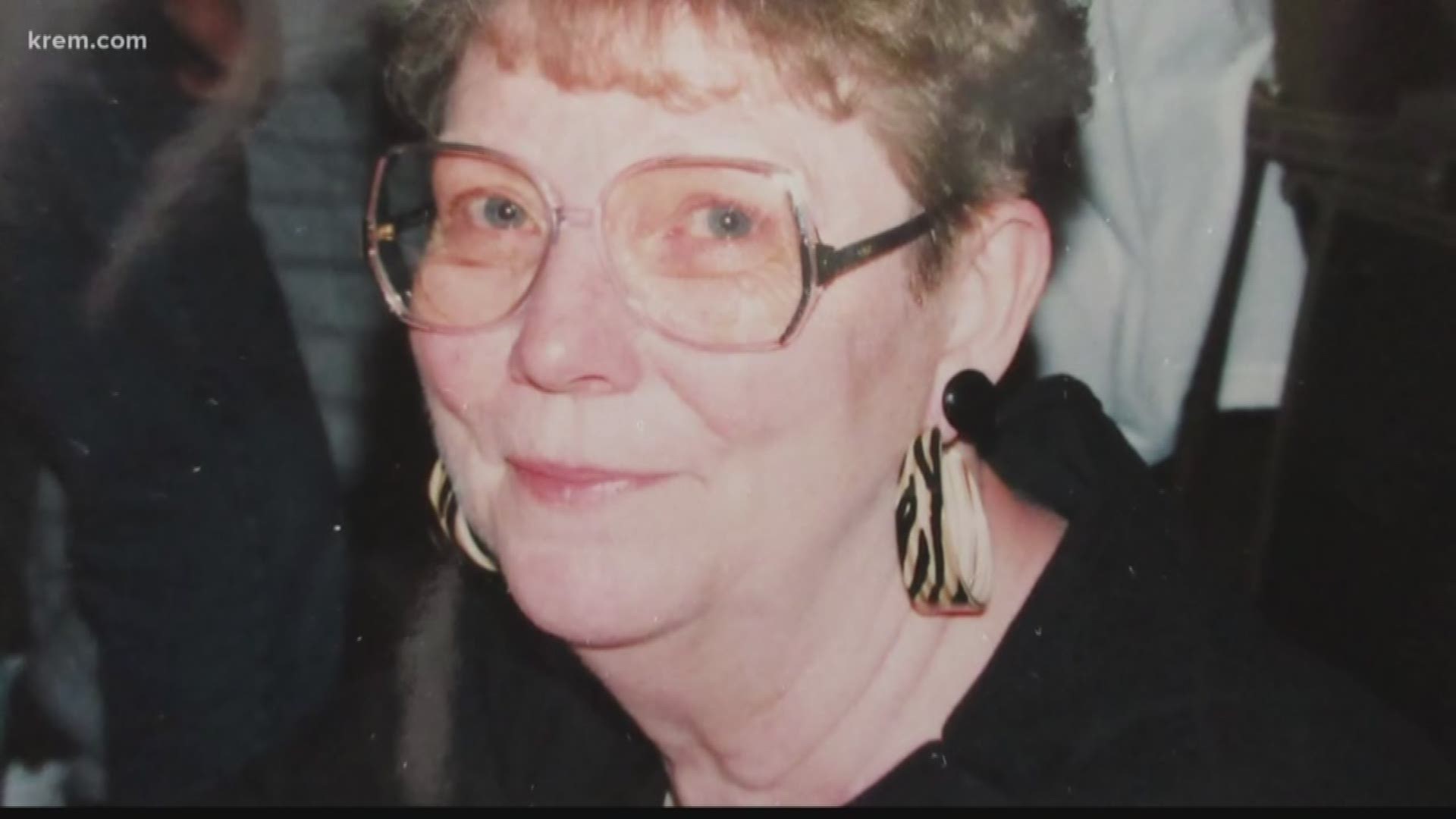 HOPE, Idaho-- The husband of Shirley Ramey, whose 2017 murder sent shock waves through the small community of Hope, Idaho, says he's relieved that a suspect has finally been arrested in the case.

"Great," said Daryl Ramey of his reaction when the Bonner County Sheriff's Office informed him of the arrest in the cold-case. "There's some closure. There's some happiness."

Last Friday, authorities announced that Judith Carpenter, 57, had been charged with first degree murder in Shirley's death. Carpenter was arrested at her home in Coeur d'Alene and is currently being held on $1,000,000 bond.

Later that day, Carpenter was arrested in Libby, Montana following a road-rage incident. At the time, deputies found the stolen rifle and the pistol allegedly used to kill Ramey in Carpenter's car.

Less than two years later, however, a request by a federal investigator to forensically test the pistol provided a break in the case, establishing a link between Carpenter and bullet casings found at the Ramey murder scene.

"Who would have thought that a woman was going to come up there and kill my wife?" said Daryl on Monday.

Daryl said that neither he, or any of his neighbors, knew who Carpenter was. While her arrest does bring some closure, questions as to why Carpenter allegedly killed his wife linger.

"It's stupid. Why? My wife was 78 years old. And why did they come up here and do this?" said Daryl. "Who would have thought that a woman was going to come up there and kill my wife?"

Shirley became well known around Hope after serving as the city's clerk for several years. Daryl noted that Carpenter's arrest is also bringing peace to friends and neighbors who remained somewhat on edge while Carpenter remained at large.

"I'm sure they're all relieved that somebody has been arrested, too. So that helps them," Daryl said.

When asked what he'd like to see happen to Carpenter, Daryl said he wasn't in favor of prosecutors seeking the death penalty. Prison would be a fine option, he said.

Despite missing his wife and the mother of his children, Daryl added that he hasn't tried to dwell too much on Carpenter's arrest.

"I don't really think about it," he said. "I've been sleeping pretty good."