Solar Roadways leaders said the latest panels are more efficient than ever and it’s the first model that will be commercially available. 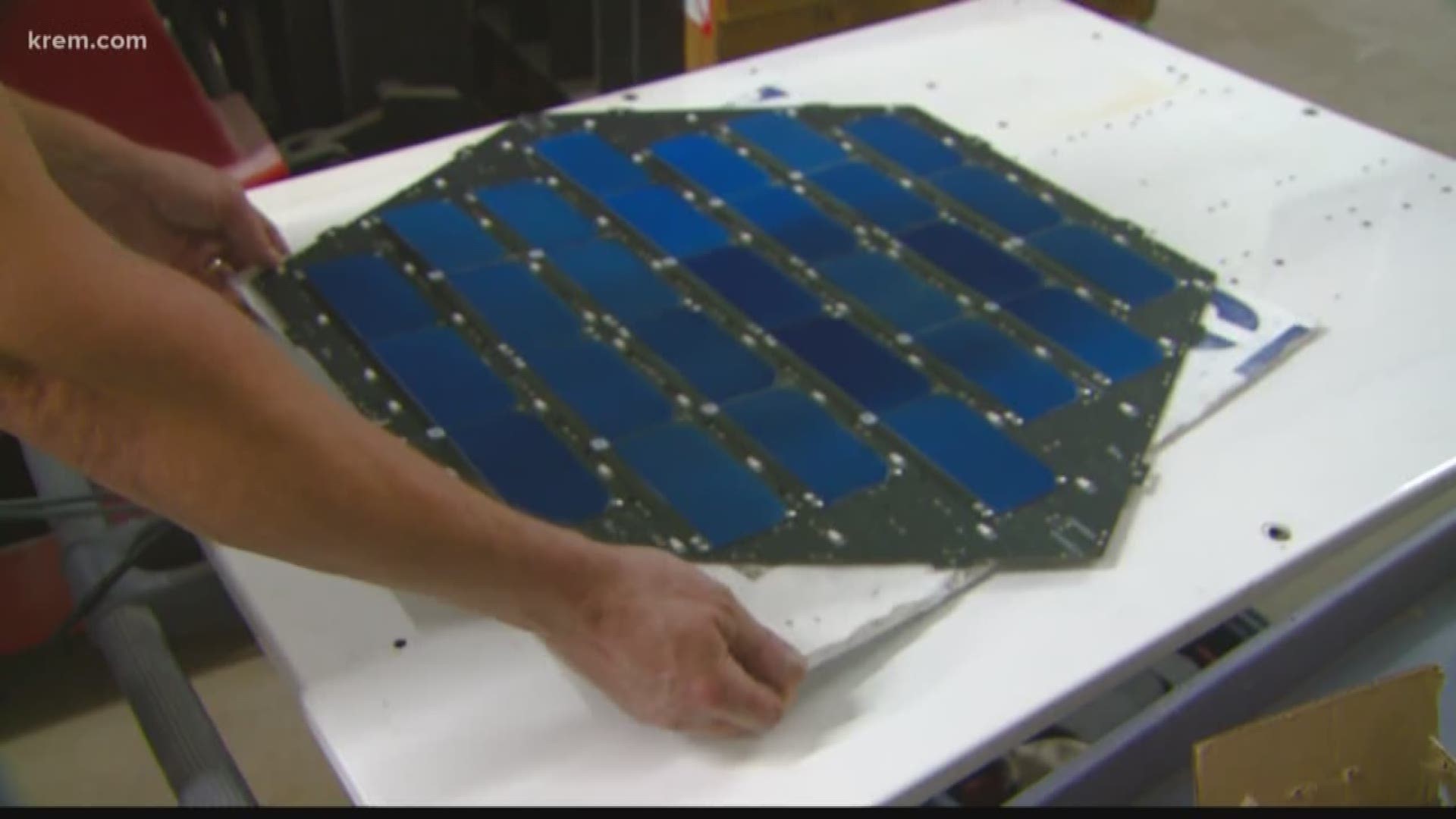 Solar Roadways leaders said the latest panels are more efficient than ever and it’s the first model that will be commercially available.

The new panels have new solar cells, new LEDs and an anti-glare surface.

"Basically, everything that we weren't completely pleased with the SR3, we changed in the SR 4," said Solar Roadways Co-Founder Scott Brusaw.

The Sandpoint company has gained international attention for their idea to create solar panel-covered roads that will not only generate energy, but also light up and melt snow.

"It's got a new textured surface. It's much easier on the knees if you were to fall on it," Brusaw said.

The company replaced them at their own expense, because this works as somewhat of a test for them. Wednesday happened to be the first sunny day in Sandpoint since installation.

There's no rest for Brusaw and his wife now. They have a project lined up in Baltimore and will travel to Florida next month for more work.

RELATED: Solar Roadways site in Downtown Sandpoint to get upgrade