An excavator will continue demolition of two buildings destroyed by a fire started Feb. 11 on First Ave. between Pine and Church in downtown Sandpoint through Monday. 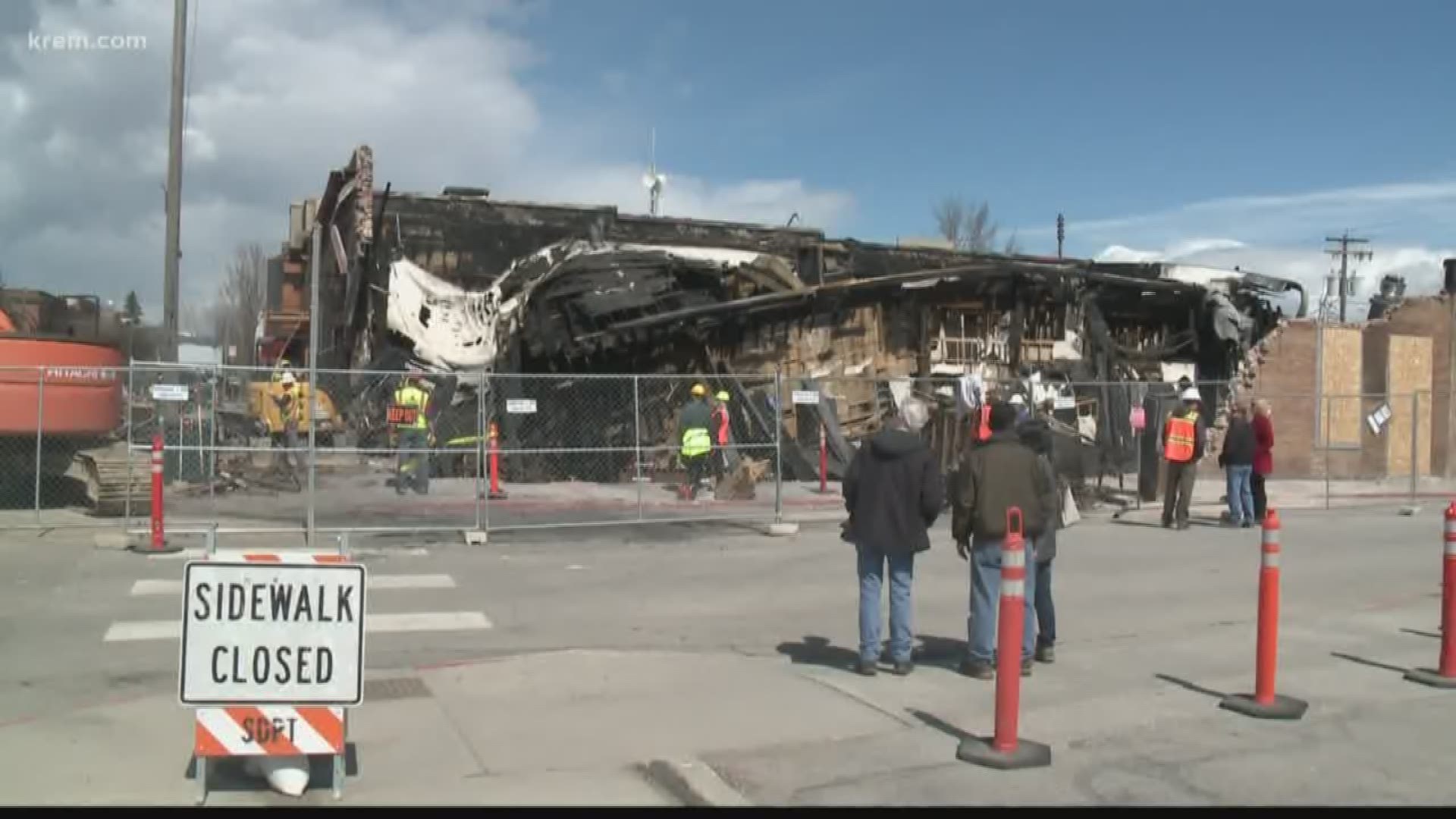 The Fire Marshal also said the cause of the fire is undetermined.

The Marshal determined the fire started in the basement. The point of origin is believed to be the wall between the Chocolate Bear and the former Ol Red’s Pub, according to Jennifer Stapleton, the Sandpoint City Administrator.

First  Avenue between Pine and Church in downtown Sandpoint will be closed through Monday as contractors will haul away the remaining debris removed from the building and the excavator.

The City’s forensic engineer was back on scene Friday to assess the damage to the public right of way. The City will push the fencing back on Monday to open up as much of the drive lanes on Bridge Street and First Avenue as possible, according to the city administrator.

The sidewalks along Bridge and First will remain closed. They sit at arguably the busiest intersection in Sandpoint.

“This is first avenue. It’s where we get a ton of traffic,” said Kamp's coworker Kyle Flory. “It will be a bummer for downtown.”

Stapleton said that the city had "major concerns" about what the fire's aftermath could mean for summer. A lingering question that remains, Stapleton said, is how much of Bridge Street would potentially be occupied by fencing containing the cleanup site.

The city said on-site investigators wore Hazmat suits on Thursday and Friday as asbestos testing was not completed beforehand due to the structural instability. The public is asked to avoid the area.

City Of Sandpoint
First Avenue in Downtown Sandpoint between Pine and Church will be closed Thursday, April 11th - Friday, April 12th to allow fire investigators to complete their on-site investigation of the two...

The fire in February impacted three buildings on the corner of First and Bridge Streets, causing between $4 and $7 million in damage. Two buildings were lost and condemned by city officials because they posed a public safety risk.

No one was injured in the fire, according to city officials. Forty firefighters from agencies throughout Bonner and northern Kootenai Counties were called in to help fight the fire.

Crews fought through snowy conditions and temperatures in the teens.