At one Idaho State Park, the sweet treats are being used as a way to combat the invasive species. 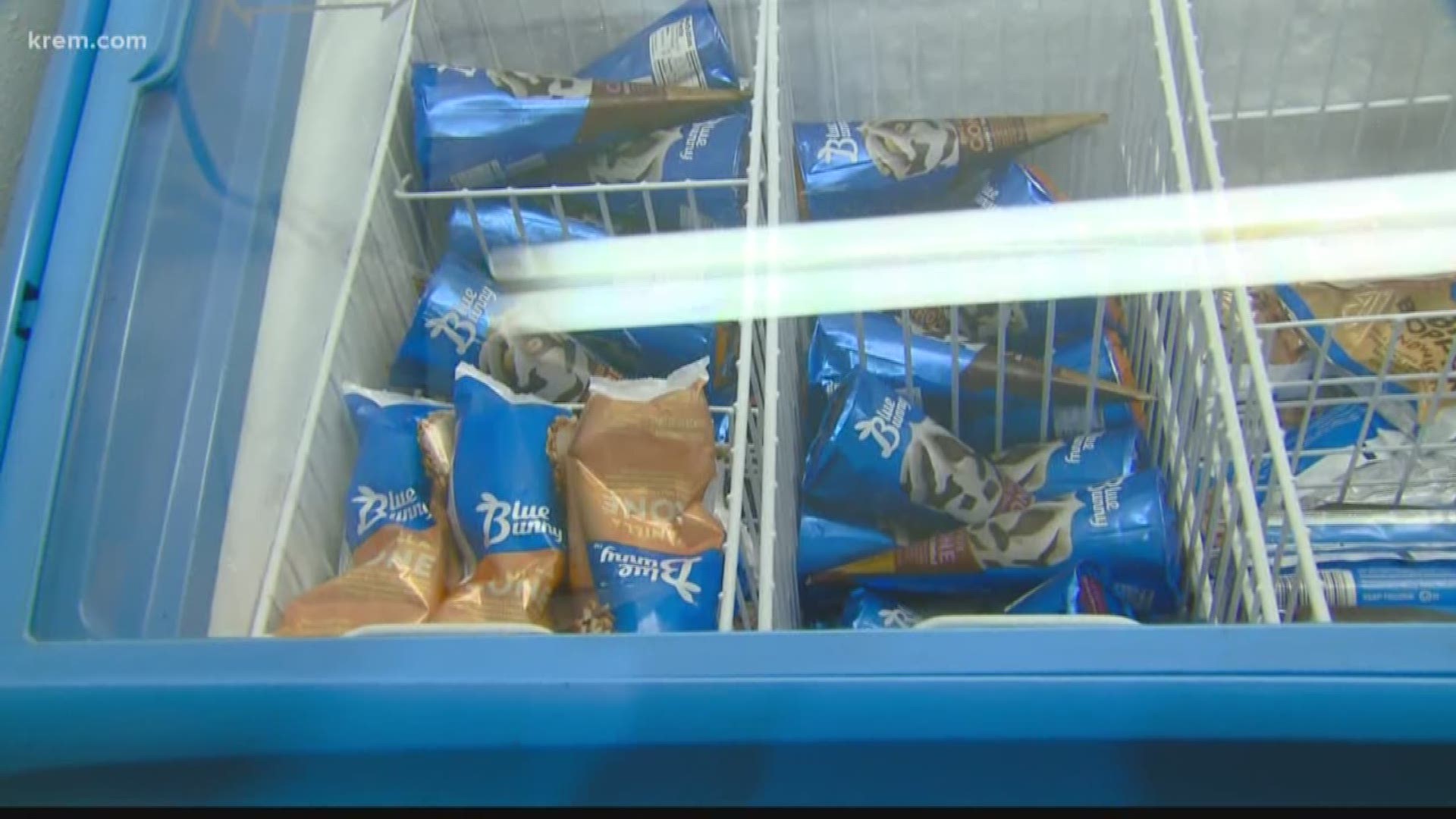 BONNER COUNTY, Idaho — What do ice cream bars and Chinese mystery snails have in common?

At one Idaho State Park, the sweet treats are being used as a way to combat the invasive species.

"It makes a weird connection, doesn't it?" joked Mary McGraw, who manages Round Lake state park in Bonner County.

Over the last couple of years, park staff have noticed the non-native snails along the shores of the small lake. Also named trapdoor snails, the Chinese mystery snail is a popular pet in home aquariums and can often be purchased online or at pet stores, said McGraw. The snails are prized for their ability to effectively "clean" fish tanks by eating built-up algae. It's not entirely clear how the snails wound up in Round Lake, however.

McGraw added that the snails pose a threat to native fish and other species in the lake since the snails eat algae that other animals rely on. According to McGraw, Round Lake's summertime temperature provides an ideal habitat for the mollusks to multiply.

Snail numbers at the state park have grown significantly over the last season, prompting park guests to comment on the infestation.

"It just seems like it exploded," said McGraw who's worked at Round Lake for over two decades. "A light bulb went off immediately saying 'This isn't right.'"

In an effort to reduce snail numbers, McGraw devised a call to action for visiting park guests.

For the first time, McGraw and park staff last weekend offered up free ice cream from the park's visitor center to anyone who collected and turned in Chinese Mystery snails. For every dozen snails collected, guests would be awarded with an ice cream bar or sandwich from the center's stockpile.

"Maybe we can entice visitors to help us with our problem," said McGraw of the idea.

So far, the incentive appears to have worked. Over Labor Day weekend, McGraw said park staff rounded up more than 500 snails.

"That was pretty awesome. It was nice not see them in the lake," McGraw said of the impressive haul. "It was encouraging to see that people were willing to take the action for a reward."

12-year-old Noah Sanders, who was visiting the park with family from Michigan, didn't hesitate to wade into Round Lake's mucky shoreline to retrieve some of the snails when told of their invasive status.

"They get extremely big, and they go very slow," he remarked. "I like looking at snails a lot."

Sanders said he was interested in rounding up the snails despite the sweet reward.At this point, it's too early to tell if the tactic will return next year. McGraw said that the park is working with the Idaho State Department of Agriculture to address the snail problem.

RELATED: After attempt to relocate nuisance geese from Sandpoint beach, some of them return

RELATED: Sandpoint's goose poop problem at City Beach could be over soon