It’s not exactly clear how long there will be an empty lot in the middle of the downtown. 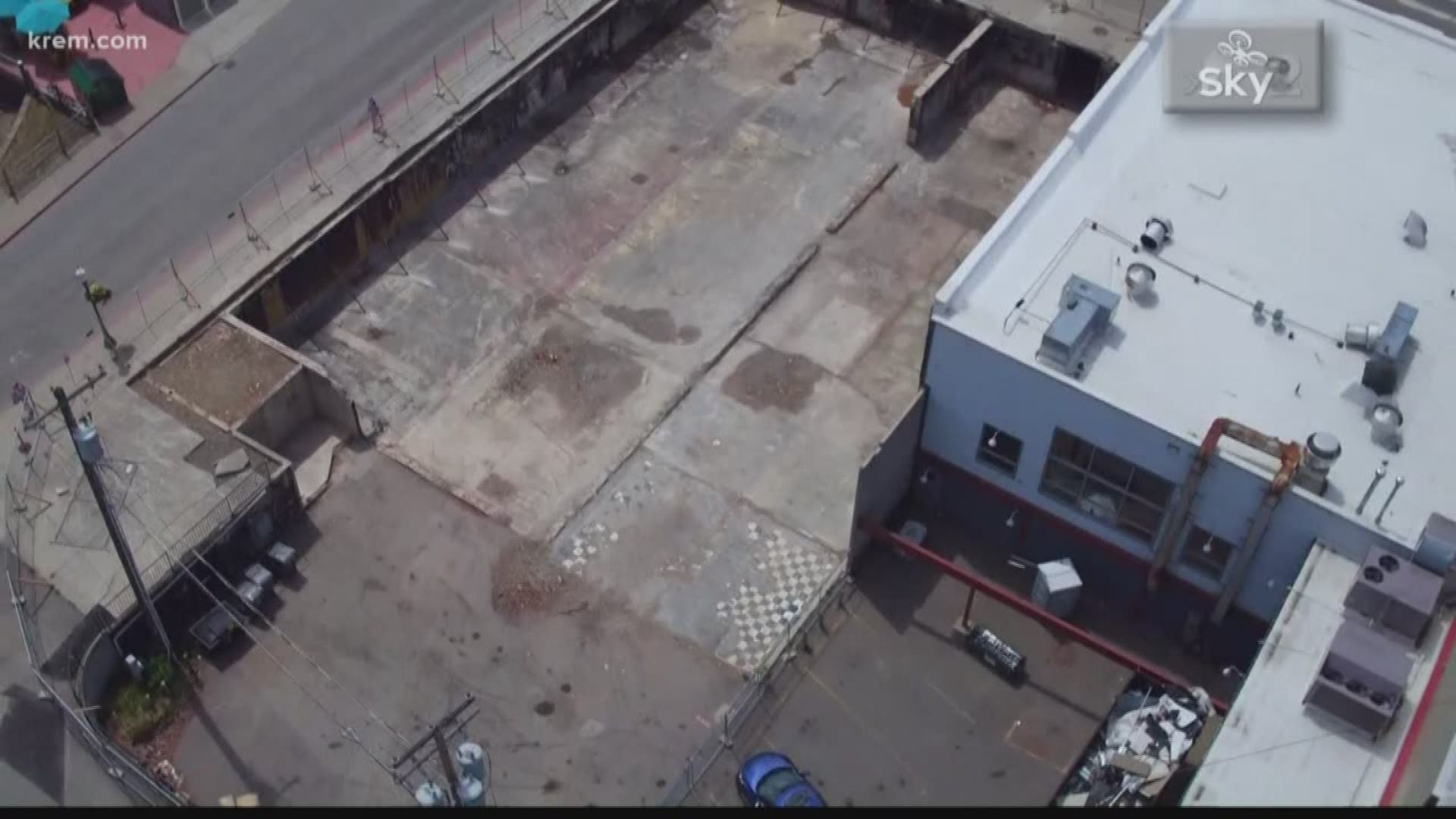 SANDPOINT, Idaho — Sandpoint just started its big summer tourism season but with a big eyesore right in the middle of downtown.

In February, a massive fire gutted a handful of businesses in downtown Sandpoint. Investigators called it an accident.

It’s not exactly clear how long there will be an empty lot in the middle of the downtown.

Brad Clark owns a new restaurant called The Burger Dock across the street from where the fire took place. He just opened and will be here to cater to out of town summer visitors. He's still heard plenty of rumblings as to how long this land will stay empty.

“Everyone is wondering what is going to happen with it,” Clark said.

Dennis Powell is the owner of the Sandpoint Chocolate Bear candy shop. It was lost in the fire. As for next steps, he said he's heard nothing from the city and the building's owner.

"I have no clue of what's happening. Nobody has reached out to us since we left Sandpoint after the fire," Powell said.

Powell did get an extremely high utility bill, presumably from a pipe broken in the fire.

“We got this nice water bill, and it was three times our original water bill," he said.

KREM 2 reached out to the city's administrator to ask what the next steps in this process are and if or when anything will be rebuilt. So far, we’re waiting to hear back.

Clark said he's heard that one of the businesses will rebuild. He doesn't know of a timeline. For at least this summer, it appears he'll have to get used to this view across the street.

"It was a shame seeing those burned up businesses there," he said.