The suspects family said she's innocent and that it was the other suspect, a 17-year-old girl, who hit the victim. 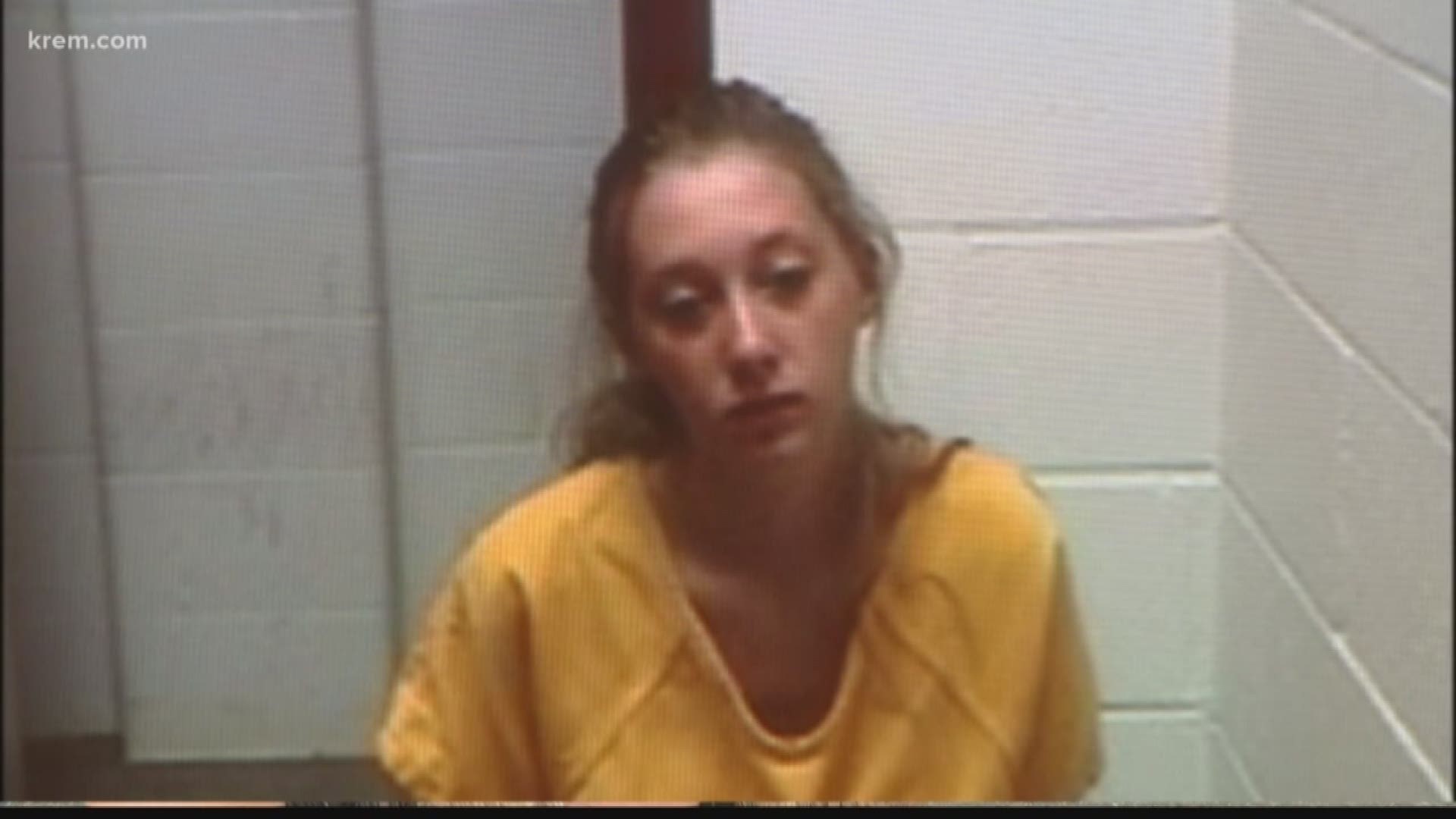 SANDPOINT, Idaho — The family of a Sandpoint teenager accused of attacking another girl with a baseball bat on July 2 is asking for donation for her defense.

The judge set bail for 18-year-old Caitlyn Haskins at $50,000 on Wednesday for allegedly striking a teenage girl with a baseball bat, according to KREM's Taylor Viydo, who was at the bail hearing. She was later released on bond.

Yesterday, the family started a GoFundMe fundraiser, asking for help paying for a lawyer.

The family claims Haskins did not have a baseball bat and that the fight was between the victim and one of Haskins' friend.

The judge said the details of the case are "incredibly egregious" and added that Haskins inflicted "significant injuries" on the victim, according to Viydo.

Haskins' family said she's innocent and that it was the other suspect, a 17-year-old girl, who hit the victim, Viydo said.

Haskins was also issued a no contact order between herself and the victim. She's due back in court later in July.

Viydo spoke with Haskin's mother who said her daughter is innocent.

"This is ridiculous, they're treating my daughter like a murderer! She did nothing! She did not do it," said Haskin's mother, Brandi. "She's never been in trouble before. She's in bed every night by 9:30. She don't party, she don't do drugs. She's a good girl." 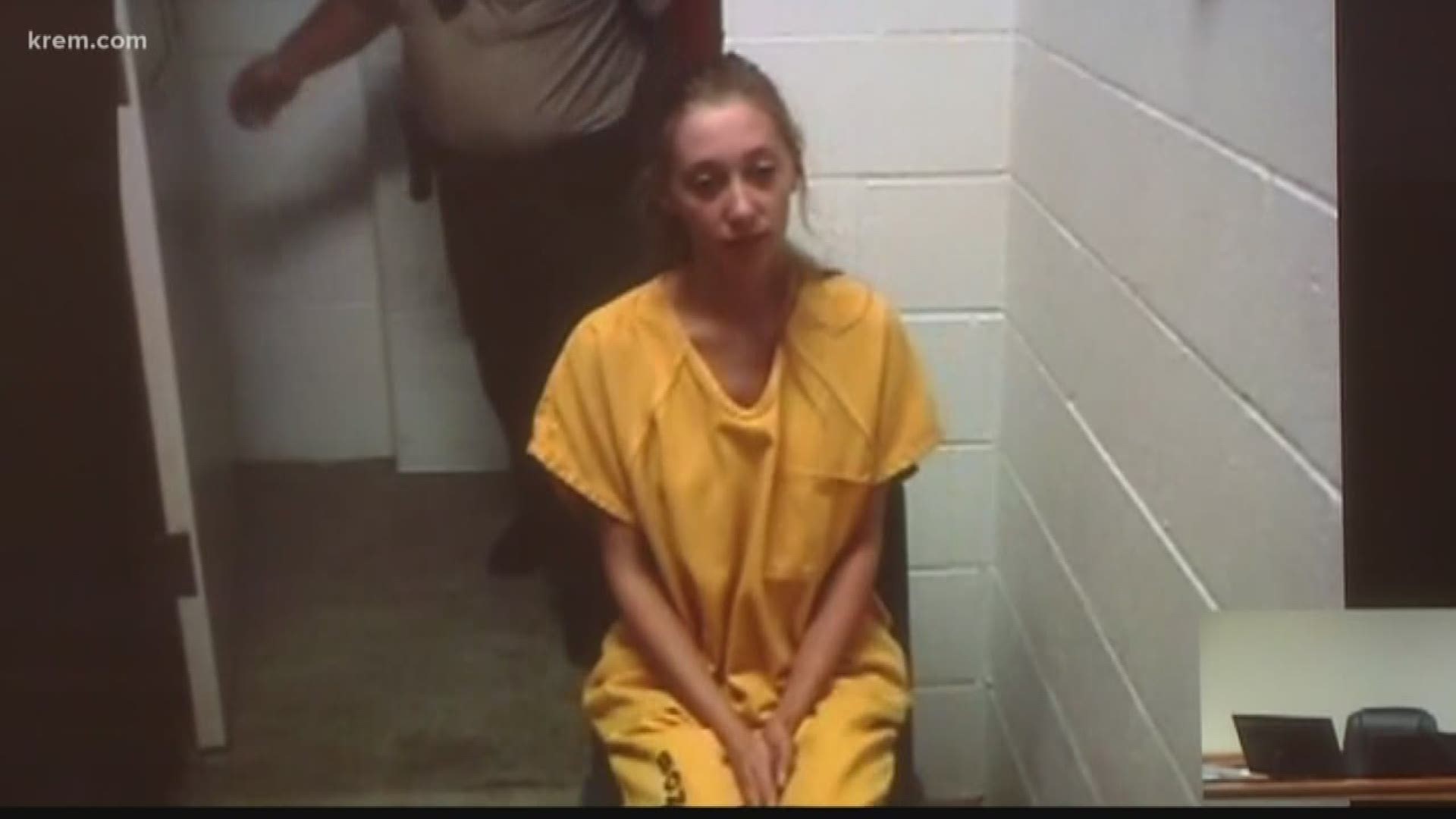 The victim's mother, Attea Voigt, said her daughter had to have reconstructive surgery on her face due to the attack and that she was targeted and bullied, Viydo said.

"It was two on one. And one of them had a baseball bat, and hit her in the head twice," said Voigt. "Hailey had been getting threatening text messages over the course of a few days."

An elderly man broke up the fight, according to court documents.

Sandpoint police say the victim contacted the police department from Super One Foods to report that she had been assaulted at City Beach.

In a press release, police said the victim reported that she had a verbal altercation with two women, identified as 18-year-old Caitlyn Haskins and a second 17-year-old female.

According to police, the victim said the altercation escalated into a physical assault. The victim also said that the unidentified teen punched her several times and Haskins struck her in the head with what appeared to be a bat, police said.

Voigt said multiple witnesses, including her daughter, said that Haskins used the bat. But Haskin's family said no way.

"It's bizarre. So untrue. There was no bat involved in this situation. I just don't know. She broke up the fight. She broke it up," said Haskin's  cousin Ashley Gunderson.

Haskins' family said she's being falsely accused and the other teen who beat up the victim is to blame. The victim's family disagrees.

"I would say that the proof is in the pudding. There's multiple witnesses down there," said Voigt.  "It's getting extremely dangerous. We don't know if Hailey is going to have life-long problems."

Officers say they requested Bonner County EMS to respond to the victim’s injuries and opened an investigation.

Officers then interviewed two witnesses on scene and they say the witnesses corroborated the victim’s story. Sandpoint police says they began searching for the suspects who fled the area.

Officers were able to contact both suspects, who agreed to be interviewed over the Fourth of July holiday weekend.

Police said the investigation wrapped up on Sunday and was forwarded to the Bonner County Prosecutor’s Office for charges on Monday.

Sandpoint police requested a warrant for aggravated battery from the Bonner County Court, which was granted.

Haskins was located and arrested on her warrant on Tuesday. Officers said she is currently in custody at the Bonner County Jail.

“We appreciate the public’s patience and support as the investigation into this matter was being completed,” said Sandpoint Police Chief Corey Coon. “This type of crime is not common in our community and certainly doesn’t define who we are.”

If convicted, Haskins faces a maximum of 15 years in prison.