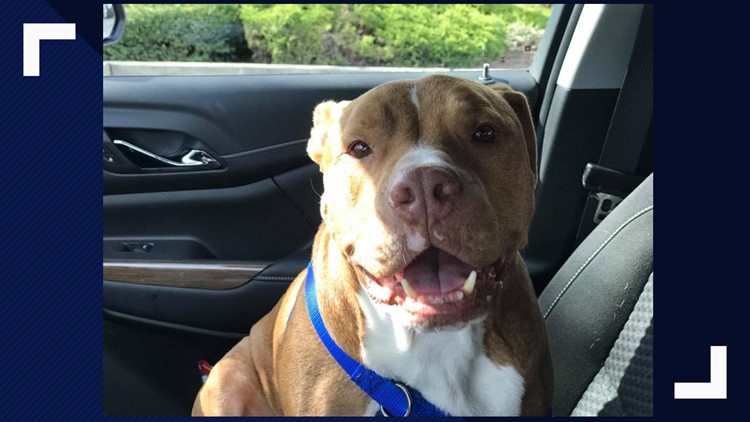 SANDPOINT, Idaho — A male pit bull named Lazaruff, who was found near death in Louisiana in August 2018, completed a 2,500 mile journey to the Sandpoint area to join a foster family after recovering.

Lazaruff was found in an abandoned warehouse near Baton Rouge, La. in August 2018, according to a press release by veterinarian Dr. Marty Becker. Lazaruff only weighed 19 pounds at the time and he was covered in hundreds of flies, Becker said.

The release said veterinarians considered putting Lazaruff down, but decided instead to give him an IV.

"We were going to do whatever it took to try to bring this dog back from eminent death. I think we gave him, through tears, the first bath he'd ever had," Becker said.

Lazaruff now weighs 69 pounds and arrived at the Panhandle Animal Shelter in Ponderay at about 1 p.m. on Monday to meet with his new foster family from Sandpoint, according to Becker. He said the dog is "the picture of health."

Becker and his wife Teresa, who reside in Bonners Ferry, made the trip with Lazaruff. Due to the dog's trainers saying Lazaruff will fare better in house where he is the only animal, he will be staying with a foster family near Sandpoint instead of the with the Beckers, according to the release.

The Beckers said they are heartbroken over not being able to take Lazaruff home with them, but that they plan on visiting often.

Thousands of people have been following the dog's heartwarming story on Facebook. Becker is a member of the American Humane, and was attending an event in Louisiana when he met Lazaruff.