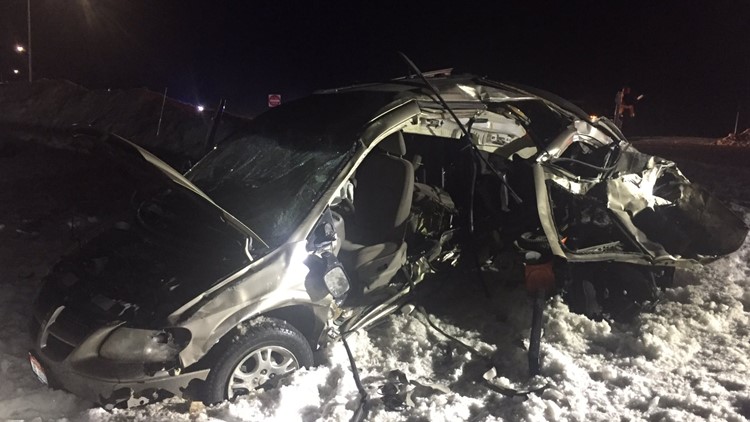 A Cocolalla, Idaho man died after being ejected from a vehicle during a crash on Saturday evening near Hayden.

The Idaho State Police responded to the crash on Highway 95 at Boekel Road at about 8:41 p.m. on Saturday, according to a press release.

Police said that Cory Kreager, a 35-year-old man from Priest River, Idaho, was traveling eastbound on Boekel Road and failed to stop at a stop sign, hitting the driver's side of a van driven by 78-year-old Vern Allen of Cocolalla.

The impact ejected 38-year-old Ryan Allen of Cocolalla, who was pronounced dead at the scene, according to the release.

Vern Allen was transported to Kootenai Health along with 71-year-old Patricia Allen of Cocolalla and 51-year-old Troy Allen of Sandpoint, according to the release.

The ISP tweeted on Sunday that "several other people were also seriously injured."

All occupants were wearing seat belts and alcohol is being investigated as a factor in the crash, according to the release.

RELATED: ISP confirms crashed truck that closed down I-90 was carrying missiles

Note: An earlier version of this story said the crash happened near Priest Lake. It has been updated to reflect that it happened near Hayden.