Boise woman baffles dogs, goes viral on TikTok, after telling them her name

Boise dog mom Taylor Lyle shared a video of herself telling her dogs her name on TikTok. It's been viewed more than 16 million times in 48 hours. 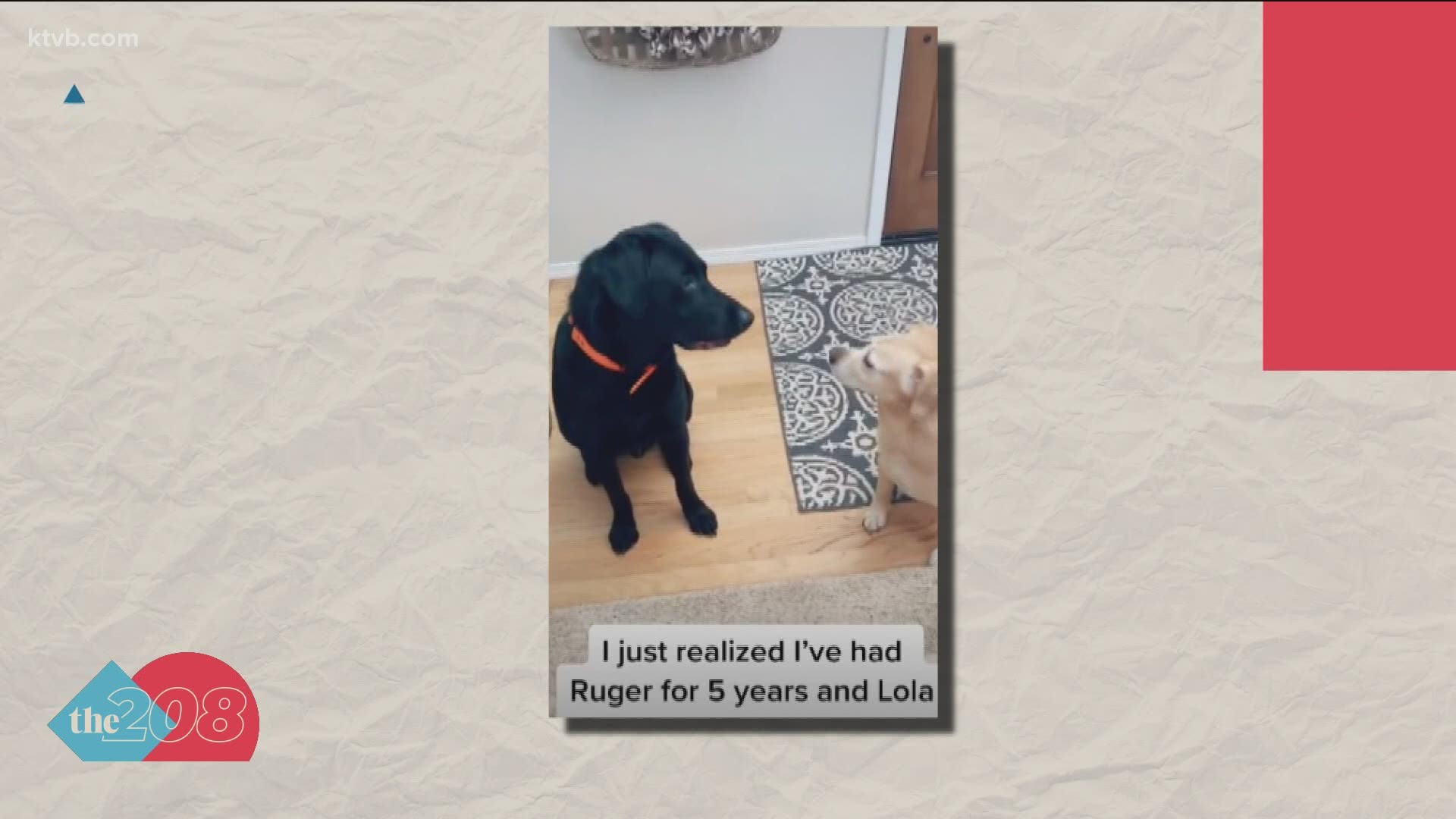 BOISE, Idaho — A Boise woman's TikTok video of her telling her two dogs her name has gone viral, with more than 16 million views and counting.

If you have a dog, cat or any other pet, you've likely called them by their name countless times. But have you ever told them your name?

You might refer to yourself as "Mom" or "Dad" or another nickname when addressing your furry friends, but have you ever told them your name, like real name?

On the popular video creation app TikTok, users have been making videos of themselves telling their animals their first names and recording their reactions.

One of these videos was created by Taylor Lyle (@taylorlyle on TikTok), a Boise woman who decided Wednesday that it was time she told her two dogs, Ruger and Lola, her name.

"I just realized I've had Ruger for five years and Lola for 12 and I've never told them my name," Lyle wrote in a text-to-speech function on the app.

Once the two dogs were seated in front of her, she told them her first name.

Based on their reaction, it seems neither of them knew what to do with the new information.

Lyle came across the TikTok trend while preparing to take a trip to the river with her father. She decided to make her own video but never expected it would blow up the way it did.

"When they turned and looked at each other I was like, 'Is this a genuine reaction? Are they understanding what I'm saying?'" she said. "But they're smart."