At the height of the storm on Wednesday, Jan. 13, about 103,000 households throughout the region were without power. 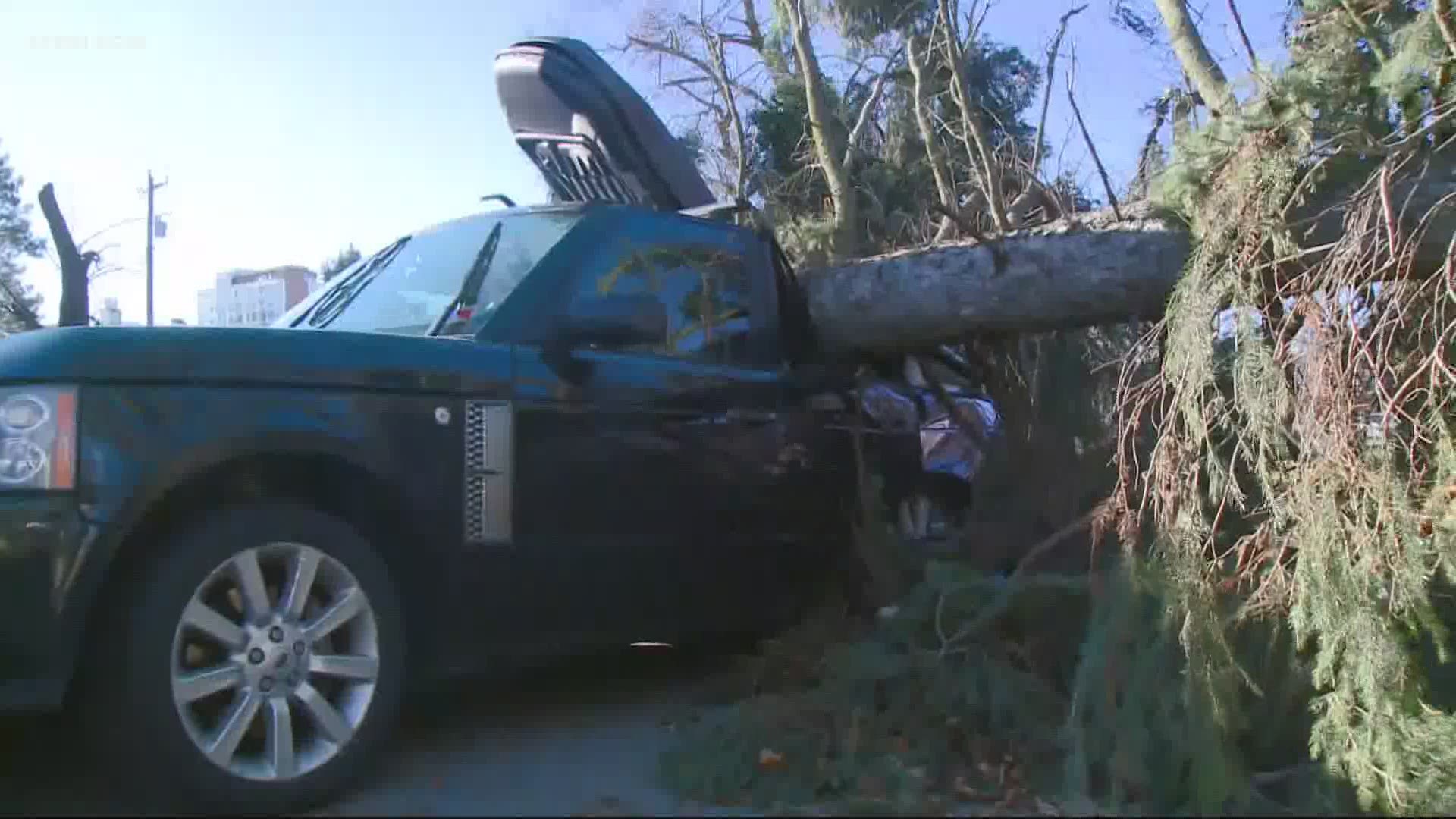 SPOKANE, Wash. — Most customers in Spokane and Coeur d'Alene have had their power restored after it was knocked out for nearly a week due to a deadly windstorm.

At the height of the storm on Wednesday, Jan. 13, about 103,000 households throughout the region were without power.

Avista announced Wednesday afternoon that it has restored power to all customers impacted by the windstorm.

The company said it took a week to restore power to all 70,000 customers who lost power at the peak of the storm.

A total of 460 people worked to directly on outage restoration efforts like replacing power poled, restrining wire and rebuilding the electric system.

Customers who experience power outages are encouraged to report them online through Avista's website or by phone at (800) 227-9187.

At the peak of the storm Wednesday, 20,000 Inland Power customers were without power.

As of 11:30 a.m. Saturday, approximately there are 9 customers without power.

Inland Power said all of its crews, along with five additional crews from neighboring utilities continue to work to remove multiple downed trees and replace poles and power lines.

The company anticipates the majority of customers will have their power restored by Sunday evening.

Inland Power estimates power to most of the West Plains, Airway Heights, Cheney, Newman Lake and Geiger Road areas to be restored by 8 p.m Friday.

Remaining customers in the Qualachan, and Hangman Areas should have their power fully restored by 8 p.m. on Friday.

Customers in the Spangle, Hangman Valley and Chapel Road areas should have their power restored by 4 p.m. Friday.

Kootenai Electric said in a press release on Saturday night that it has restored most power outages. Crews are continuing to work on restoring power to Twin Lakes and what isn’t restored Saturday night will be restored Sunday, according to the release.

Approximately 81 customers are still experiencing outages on Sunday morning, according to the company's outage map.

Kootenai Electric said there is significant damage to the Spirit Lake East and Nettleton Gulch areas and on the back side of Hayden Lake.

Other areas they're focusing on include Harrison, Post Falls south of the river, the Rimrock area and Coeur d'Alene off 15th Street.

The majority of the damage consists of broken poles and downed lines, Kootenai Electric said. The company said they are working to replace 30 power poles. Broken poles can take up to 10 hours to replace and the company is still assessing how many are broken.

Kootenai Electric is telling customers to be prepared for multiple days of restoration efforts. The company is not able to provide restoration estimates at this time.

The company said its outage map is experiencing technical difficulties and may not be accurate.

Vera Water and Power crews restored power to all its customers by 12:45 p.m. Thursday.

Most of the affected area was in the Saltese/Blossey neighborhood of Spokane Valley where a leaning tree is in an unsafe position.

At the height of the outage, 2,500 Vera customers were without power.

Here's how to view outage maps for power companies:

Avista suggests customers take the following steps during an outage: