Surveillance video captured the suspects in the act but the library hasn't released it. 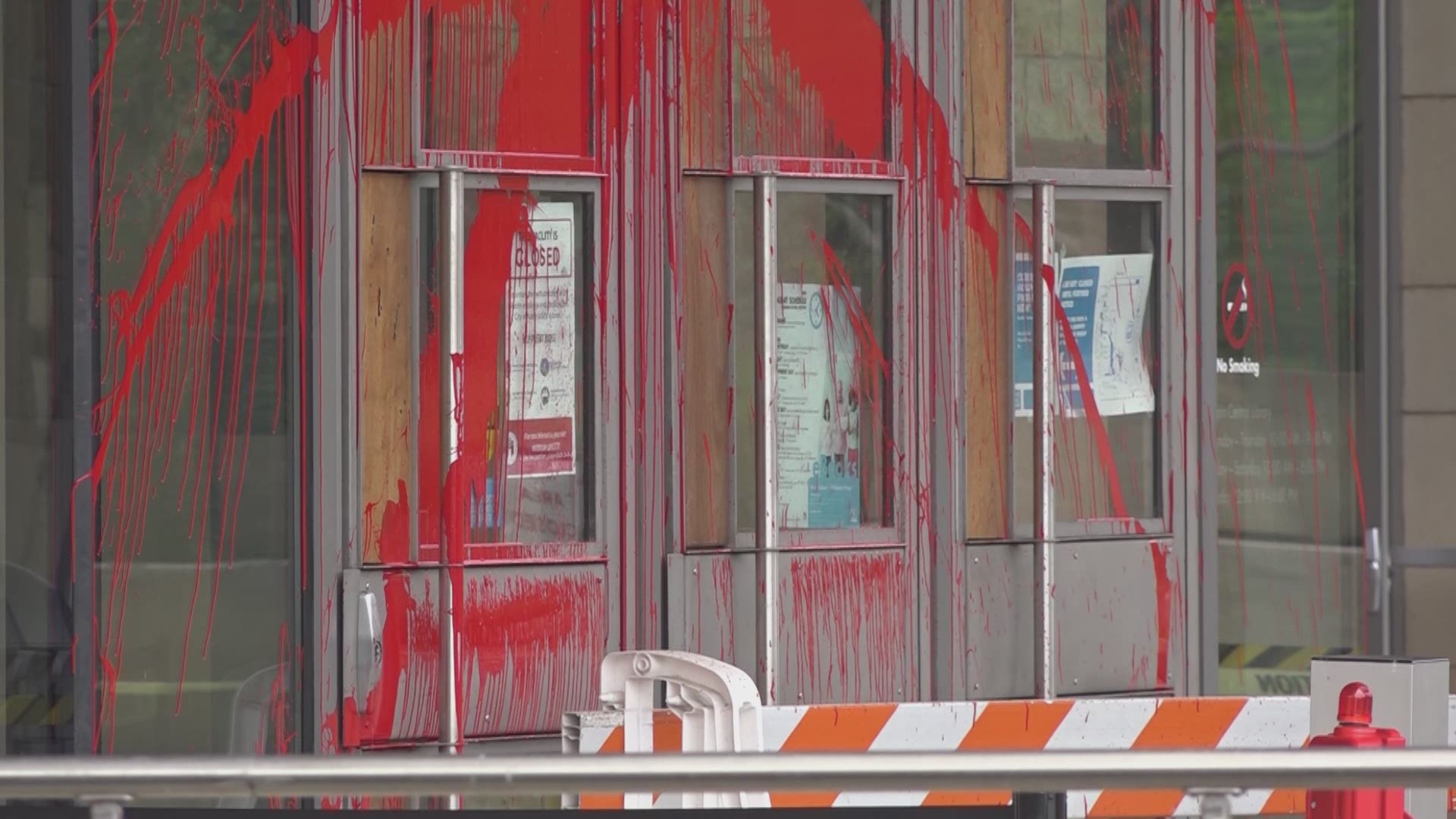 AUSTIN, Texas — The Austin Public Library in Downtown Austin is covered in red paint after vandals smeared it all over its doors and windows.

According to a security report, the vandalism happened around 1:50 a.m. Monday morning.

Surveillance video captured the suspects in the act but the library hasn't released it.

An official told KVUE that the Shoal Creek and Cesar Chavez sides of the library had paint splashed and graffiti written on them.

The side with the entry for voting was involved but voting operations were not affected.

It's unclear at this time how much it will cost to clean up the paint.

This is an ongoing investigation. Check back for updates.

Hunters find car of Fort Worth grandmother who disappeared after winning at bingo hall, police say