The Walla Walla County Fire Department held a procession to transport the remains of Ashton Farley on Friday. 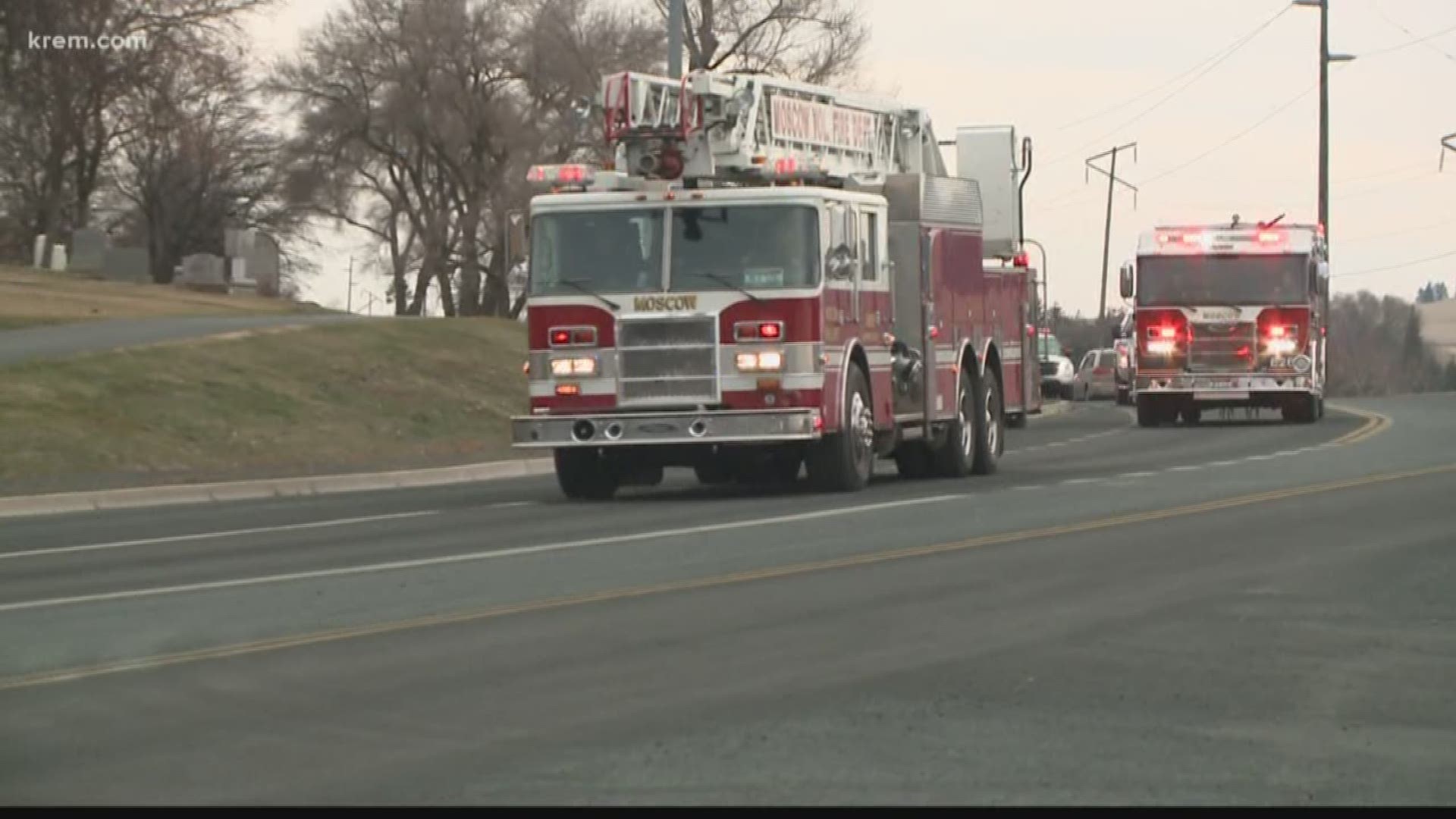 MOSCOW, Idaho — A volunteer firefighter with the Walla Walla County Fire Department who died in a car crash was honored in a procession into his hometown Friday morning.

Ashton Farley, of Troy, Idaho, was killed on Nov. 21 after Walla Walla County deputies found his car on its side in a ditch on Harvey Shaw Road, according to KEPR-TV. Farley was pronounced dead once medics arrived.

Farley was a volunteer firefighter at Walla Walla County Fire Districts 1 and 3. According to a Moscow Fire official, the Walla Walla departments reached out, asking for a procession through Moscow to his funeral service. A department official said  Farley has family ties to Moscow fire, so fighting fires was in his blood.

Other cities fire departments and police departments along the way to Moscow participated by meeting the group off the edge of their county/city and lead them through their jurisdiction.