Several viewers and other media reports have raised the question of whether some schools will not attend because of McClain's sexuality. 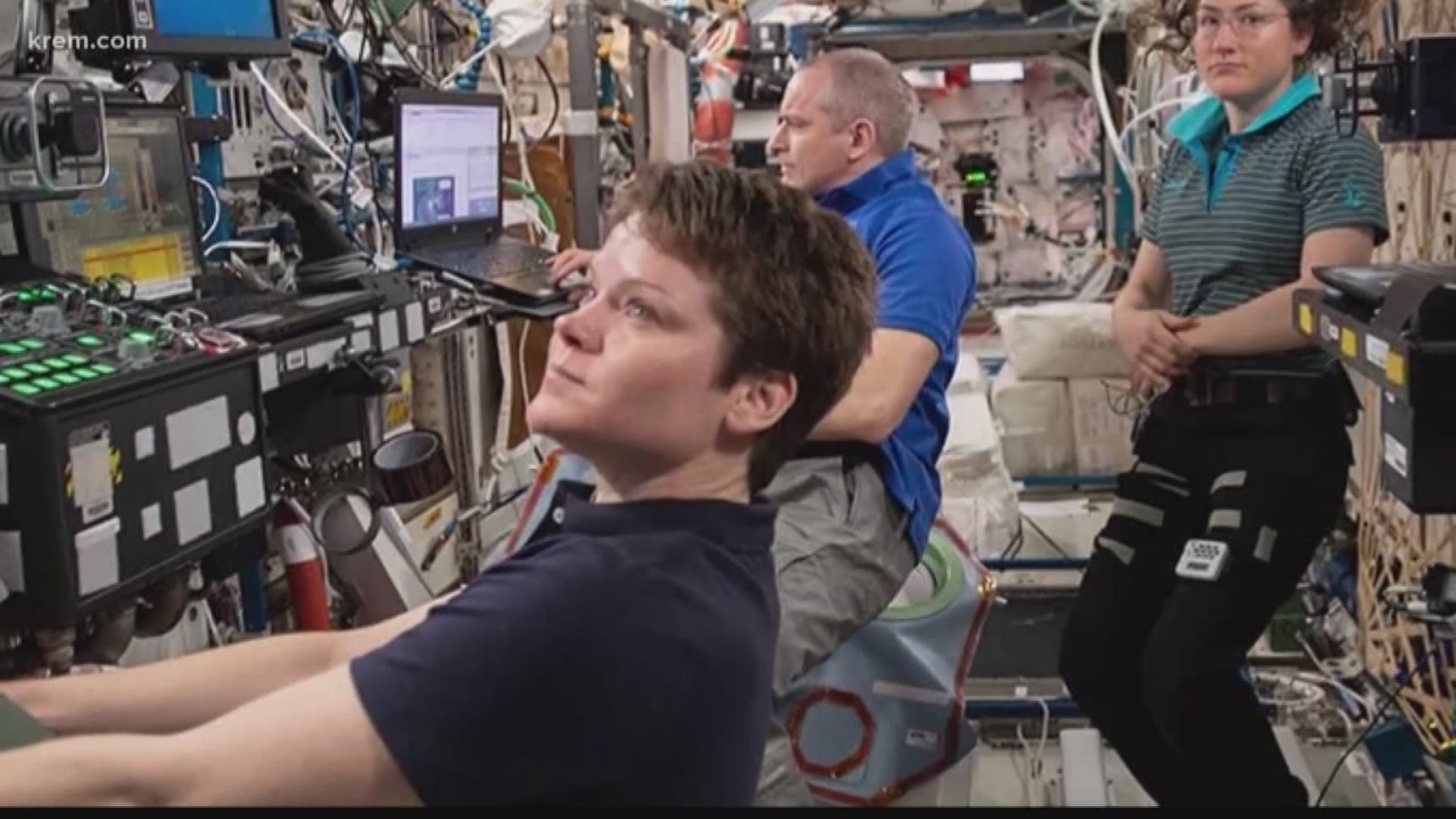 SPOKANE, Wash. — Gonzaga Preparatory High School alumna Anne McClain is set to speak about her experience aboard the International Space Station on Thursday morning – but some schools will be absent.

McClain, a graduate of Gonzaga Prep, returned to earth in June after spending 204 days aboard the ISS. She is speaking during a pep rally for Gonzaga Prep students at 10 a.m. on Thursday, followed by a community assembly with other Catholic schools in the area.

Several viewers and other media reports have raised the question of whether some schools will not attend because of McClain's sexuality.

A viewer reached out to KREM about McClain’s visit last week. He wrote that a member of the Diocese of Spokane forbade Catholic school students from attending the assembly “because she is gay.”

He alleged that students at Cataldo Catholic School, which McClain attended as a child, were told they were not allowed to attend the event.

KREM reporter Shayna Waltower reached out to Bishop Tom Daly regarding the allegations. He said such a directive did not come from him or Vicar General Fr. Darin Connall.

“In response to Anne McClain’s presentation at Gonzaga Prep, Bishop Daly has made no declaration whether the Catholic schools in the diocese may or may not attend. In keeping with Catholic education as one of his top priorities, and valuing the principle of subsidiarity, Bishop Daly supports the pastors and principals of schools in making decisions about school activities,” reads a statement from the Diocese of Spokane released on Monday.

KREM also reached out to local Catholic schools about the event.

The only response received so far is from All Saints Catholic School.

"We do not ordinarily respond to media inquiries about school field trips. If you are looking for Bishop Daly’s statement please see the diocesan website," said school spokesperson Lori Johnson.

The Spokesman-Review reported on Tuesday that a parent at Cataldo Catholic School said parents were informed that they would need to take their kids out of class themselves if they wanted to attend. Some parents believed the decision was made because McClain is lesbian.

The same parent said she was told that the school made the choice due to McClain's sexual orientation.

KREM has reached out to members of Cataldo Catholic School’s Board of Governors several times and has not received a response.

Gonzaga Prep President Michael Dougherty said the school is “thrilled” to welcome back McClain to speak to the community.

“We have invited our local Catholic elementary schools and several nearby SPS elementary, middle school and high schools in hopes that Anne’s accomplishments and will inspire them to pursue their dreams. It is a wonderful opportunity for the Spokane community and we are grateful to be hosting. Some schools are unable to attend but many are coming with a variety of ages from 4th grade - high school. I would encourage you to reach out to individual Catholic Schools if you have more questions about their attendance of our event,” Dougherty wrote in a statement to KREM.

Gonzaga Prep declined to release the names of the schools that are not attending.

McClain’s sexuality came to light in August when a New York Times article outlined allegations that she committed identity theft and improperly accessed her wife’s financial records while aboard the International Space Station.

“We’ve been going through a painful, personal separation that’s now unfortunately in the media,” McClain said at the time.

In May, McClain participated in a live video chat with students from schools across Washington and North Idaho who huddled into Gonzaga Prep’s gym.

One of the students called McClain’s impact “inspiring.”

McClain was set to take part in the first all-female spacewalk, which was later canceled due to an assignment change stemming from spacesuit availability.

"This decision was based on my recommendation. Leaders must make tough calls, and I am fortunate to work with a team who trusts my judgement. We must never accept a risk that can instead be mitigated. Safety of the crew and execution of the mission come first," McClain wrote at the time.