After attempt to relocate nuisance geese from Sandpoint beach, some of them return

The city said the birds waste was unsanitary and driving away tourists. But now, they’re back. Not all of them are the ones that were relocated. 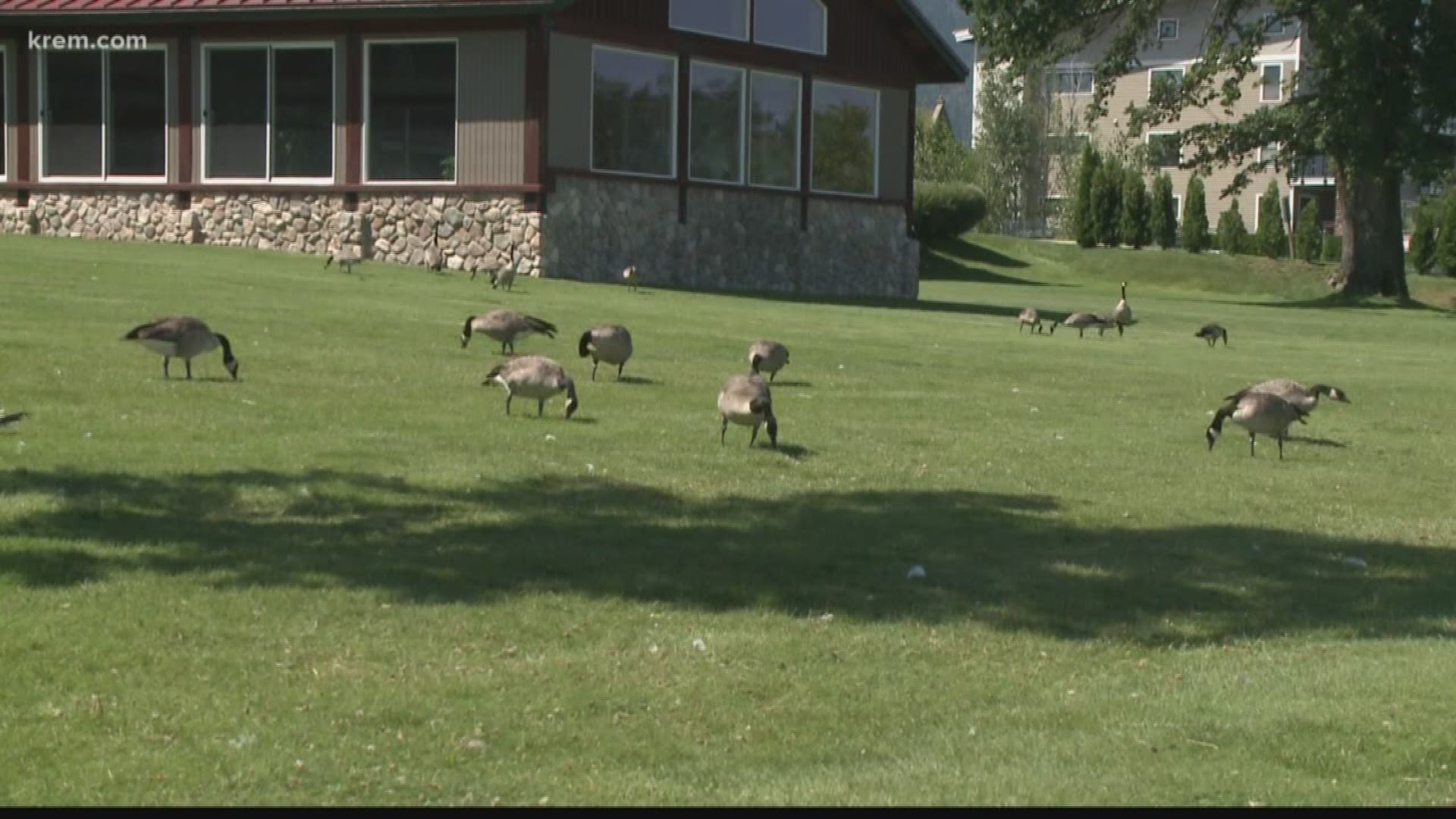 SANDPOINT, Idaho — Back in June, the city of Sandpoint captured and relocated more than 140 geese living at city beach.

The city said the birds' waste was unsanitary and driving away tourists. But now, they’re back. Not all of them are the ones that were relocated.

Over the years, the city has tried everything from dogs and fake coyotes to get the geese to go away. They’re still

In June, working with the federal government, the city captured 144 geese and relocated them to a wildlife area in Kootenai County.

But now some are back. They're the ones with small bands around their legs. Anywhere from 12 to 19 banded geese have been counted there. At one point recently, there was a total of 53 geese, both banded and un-banded.

The city has been watching daily. While some of the birds have returned, the city said it was expecting around 10 percent of the geese to come back.

"We've gone from last year, complaints coming in on a daily basis to we haven't had a single complaint about the geese and the impacts on the beach this year," said Sandpoint City Administrator Jennifer Stapleton.

Under the city's plan, geese who return to city beach could be euthanized. The city said for now they'll see how successful the relocation project is this year.

Next year, they'll look at how many banded geese return and decide from there.

If banded geese remain next year, euthanasia could be possible

RELATED: Sandpoint's goose poop problem at City Beach could be over soon