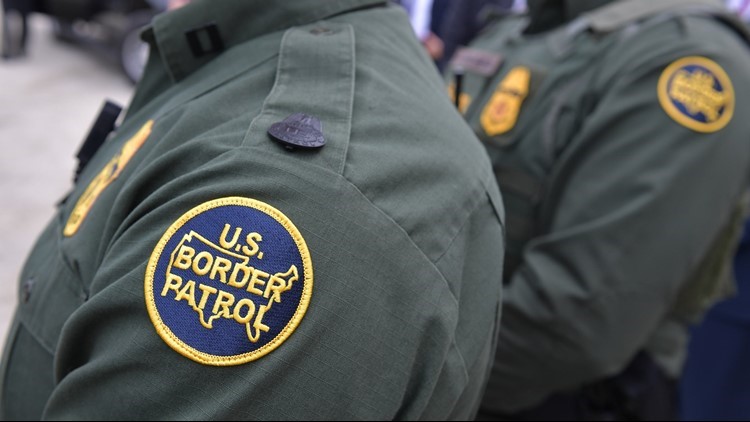 SPOKANE, Wash. -- The American Civil Liberties Union (ACLU) of Washington and Northwest Immigrant Rights Project (NWIRP) have filed a claim on behalf of a man the organizations say was "unlawfully detained" by U.S. Border Patrol Agents.

A release from ACLU officials claims Andres Sosa Seguar's bus trip home to his family became a "nightmare" when U.S. Border Patrol agents unlawfully detained him for hours as he tried to travel from Montana through the Spokane Intermodal Center to his Washington home.

The ACLU and NWIRP are filing the claim under the Federal Tort Claims Act (FTCA), which allows people to collect monetary damages for wrongful conduct by federal government employees. Sosa's claims include false arrest and imprisonment.

"Sosa was singled out by the Border Patrol agents as the only Latinx-appearing passenger on his Greyhound bus on an entirely domestic bus route. He was transferring buses at the Spokane Intermodal Center on his way home to his family. On his way to catch the second bus, the agents stopped him, demanded his 'papers,' and escalated their detention after he showed them a 'know your rights' card," ACLU officials wrote in a release.

"The Border Patrol agents ordered Sosa outside the station for further interrogation, placed him in their vehicle, and finally transported him to a facility about an hour away, where he was locked in a cell for several hours before being released," officials continued.

Sosa's attorney had given him a card describing his right to remain silent and other rights, and instructed him to use it if law enforcement stopped him. But when he showed the card to agents, they indicated Sosa was "illegal" because he had the card, ACLU officials wrote.

“When the Border Patrol doesn’t follow the rules, all of our rights are threatened,” said ACLU of Washington’s Police Practices and Immigrant Rights Counsel, Enoka Herat. “Mr. Sosa did the right thing by displaying the card. Respecting a person’s right to remain silent is one of our most basic expectations of law enforcement.”

Matt Adams, legal director for NWIRP, added that people "do not give up their constitutional rights by riding on Greyhound."

ACLU officials say the incident is related to ongoing discriminatory activity by Border Patrol agents in and around Spokane.

An excerpt of the letter reads:

You can read Stuckart's full letter by visiting the City of Spokane website.