Yeats was the oldest competitor in the last Coeur d’Alene Ironman this summer. 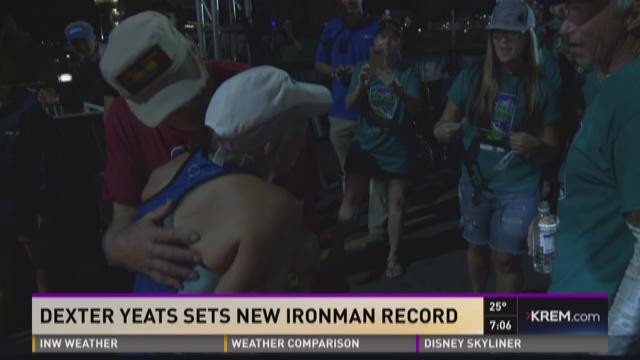 SPOKANE, Wash.— A North Idaho resident has wowed many with her athletic abilities.
72-year-old Dexter Yeats was recently ranked number one in the world for her age division in Ironmans.

“A lot of people are amazed. And then of course the issue comes up of my age. Yes, I’m 72 and I’m doing this! And to me, that’s amazing,” said Yeats.

Yeats was the oldest competitor in the last Coeur d’Alene Ironman this summer.

She said just finished her 11th Ironman and was already back at the gym training.

“I got home and within two days I was back here at the gym working out again and feeling like: ‘Wow! I don’t have any races coming up, but I want to go play,'” said Yeats.

Yeats said being the oldest competitor in the last full Ironman in Coeur d’Alene is itself an accomplishment, but did cross with only minutes to spare.

She said that she did not feel like she had performed her absolute best.

“I barely finished Coeur d’Alene. It is a tougher course, but I did make it. Barely, but I made it. And I’ve been working hard, and trying to get better. And apparently, all of my efforts paid off and it all came together,” said Yeats.

It did pay off.

Yeats was able to shave off more than two hours between the Coeur d’Alene race and her next race in Cozumel.

That time difference earned her first place in her age group in the Cozumel race.

That finish earned her enough points to be ranked number one in her age group.

Yeats said she was already qualified to compete in next year’s Ironman World Championship.