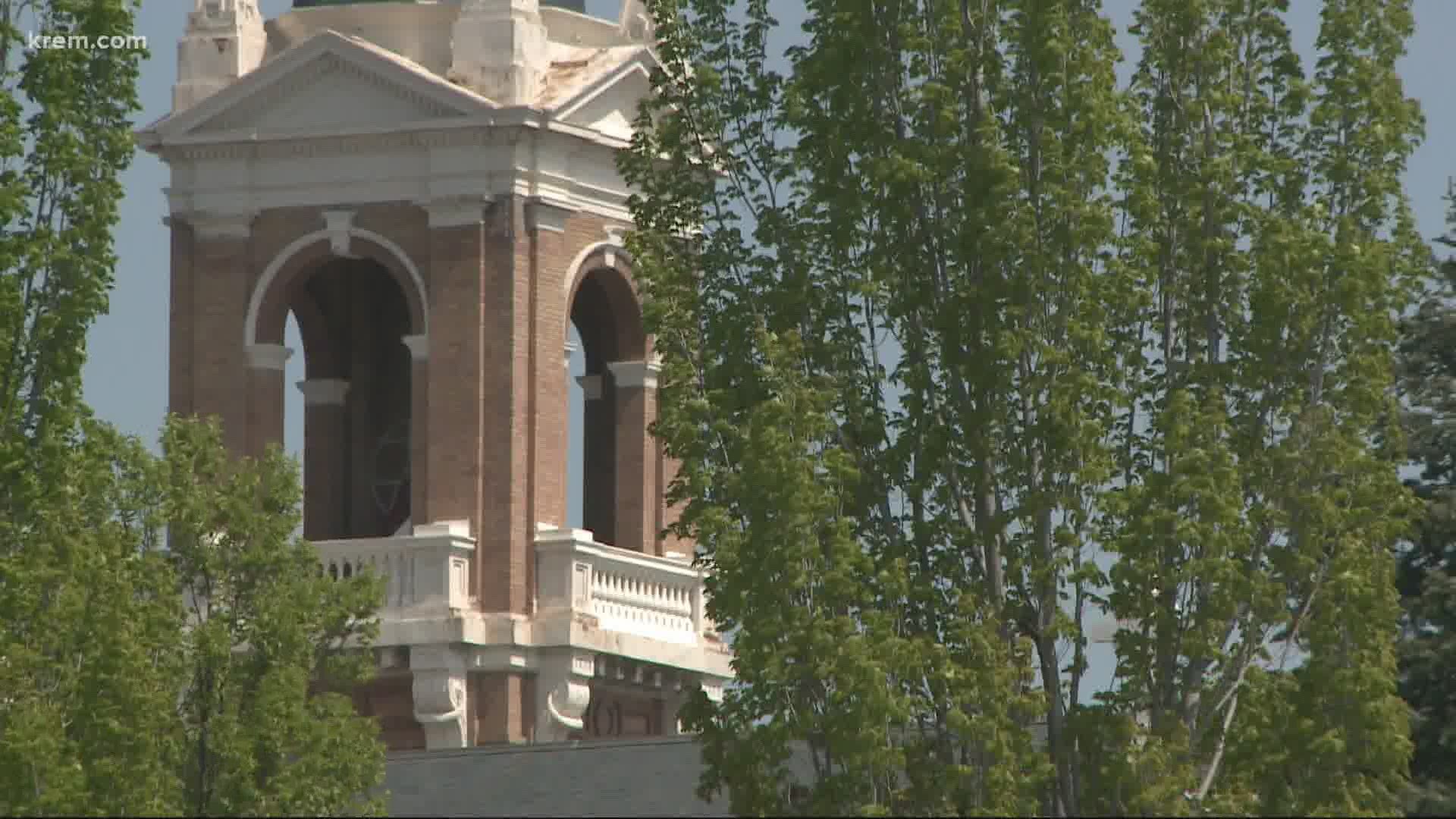 Starting Friday, Feb. 26, CHAS Health patients can get vaccinated at Gonzaga’s Field House in the Martin Centre or in the parking lots adjacent to the McCarthey Athletic Center and School of Law. Vaccines will be available by appointment only for those who are eligible under the state’s phased vaccine distribution plan.

A car crashed into a home on Spokane's South Hill on Friday morning, leaving the driver with a leg injury.

Emergency services and police responded to the crash on 16th Avenue at about 4 a.m. on Friday. Sara and Maeve Griffith were asleep in their home when they heard the car crash through their basement window. The two saw the driver get extricated from his car.

"We were trying to stay out the scene," Sara said. "It looked like they had to wrench the door out and put him onto a stretcher." Read more.

The Washington Supreme Court has struck down the state's felony drug possession law because it doesn't require prosecutors to prove that someone knowingly or intentionally possessed drugs.

The ruling came in the case of a Spokane woman who had received a pair of jeans from a friend that had a small bag of methamphetamine in a pocket.

Five justices said in the decision Thursday the state law was unconstitutional because it criminalized her passive, unknowing conduct, in violation of her due process protections. Read more.