A man was driving on Highway 200 near Sandpoint when he lost control of the vehicle and entered the Lower Pack River. 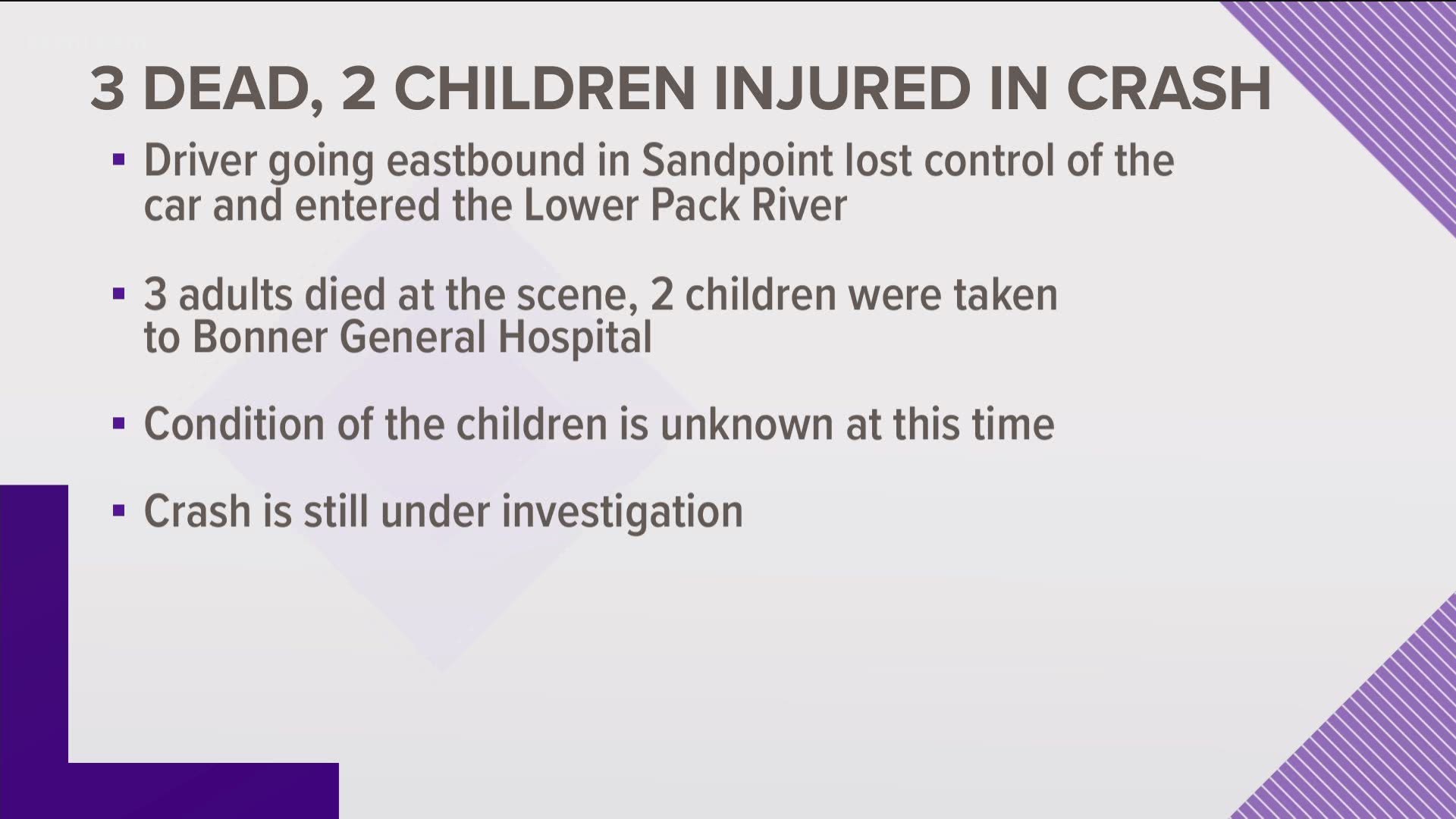 BONNER COUNTY, Idaho — Three adults are dead and two children are hospitalized after a single-car crash near Sandpoint on Sunday evening.

Idaho State Police responded to the crash on Highway 200 just east of Sandpoint just before 7 p.m. on Sunday.

Police said Estes lost control of the vehicle, crossed into the westbound lane and entered the Lower Pack River. Estes, Rose and Hooper died at the scene, while the children involved in the crash were taken to Bonner General Hospital.

The condition of the children who are hospitalized is unknown.

Police continue to investigate the crash and have not yet released information about a cause.