"Rodeos are traumatic and dangerous enough for animals even without the use of fireworks to whip the animals into a frenzy for the enjoyment of the crowd." 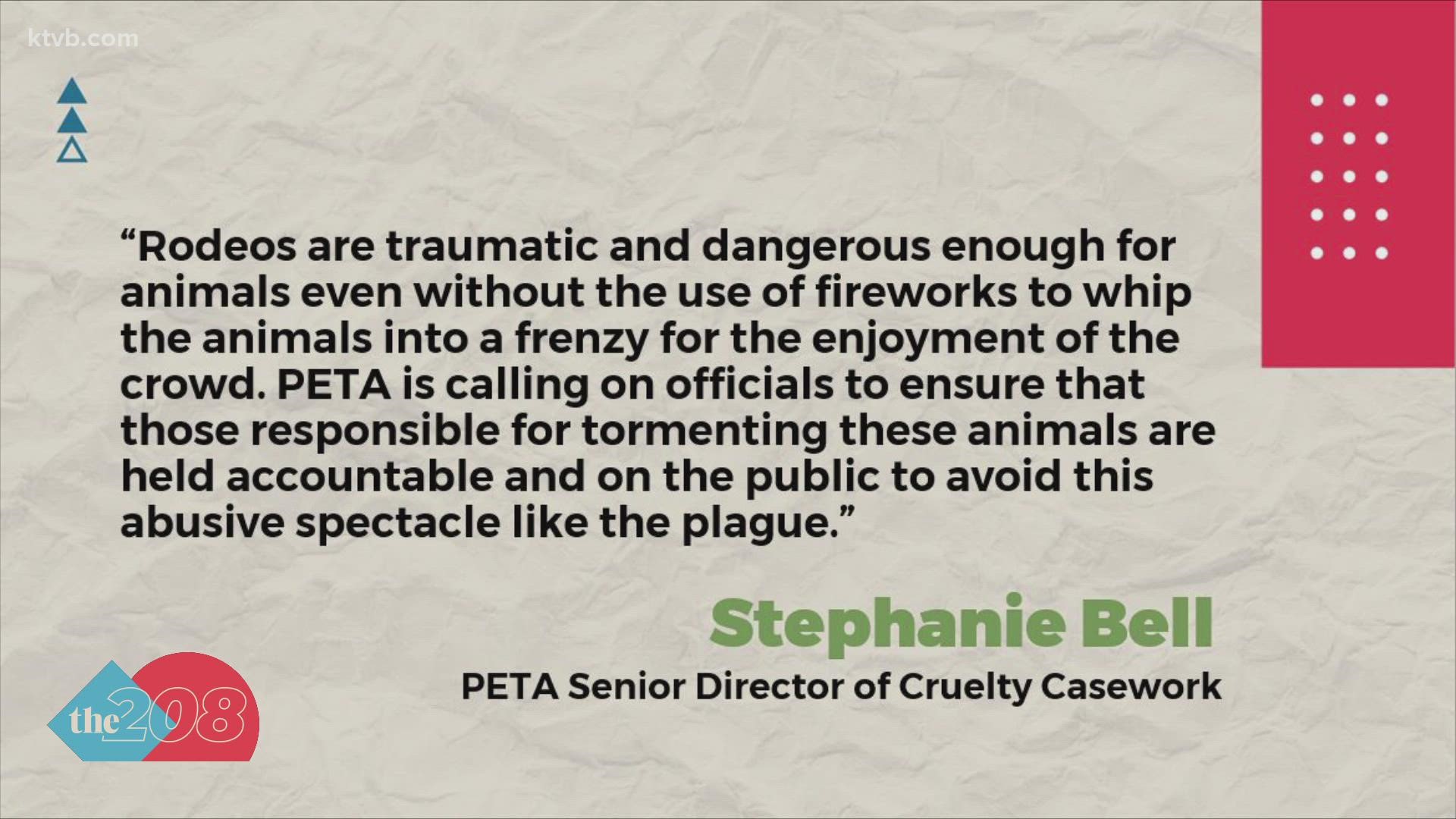 BOISE, Idaho — The People for the Ethical Treatment of Animals told The 208 that the organization wants this year's Pioneer Days Oakley Rodeo to be investigated and animal cruelty charges filed against those responsible for roman candle fireworks being shot at cattle and contestants during this year's rodeo.

Stephanie Bell, PETA's senior director of cruelty casework, said in a statement that PETA is calling on officials to make sure they hold the people behind the fireworks accountable and responsible.

"Rodeos are traumatic and dangerous enough for animals even without the use of fireworks to whip the animals into a frenzy for the enjoyment of the crowd," Bell said.

PETA added that they want cruelty to animal charges filed against those responsible.

The Cassia County Sheriff's Office told The 208 that they have no comment on the incident.

McCord Larsen, the county prosecutor, responded with, "I do not comment on active cases until investigation and/or prosecution is concluded."

"There's no reason why you would need to scare these animals and you look at that, you got people out there in the arena too [with] those fireworks. You don't care about the contestants or the animals? I don't know, the whole thing just bothered me," he said. "You'd never see that fireworks thing on a ranch."