In honor of National Drink Beer Day, we're going back to 2017 to learn the history of the Crescent Brewery in Nampa. 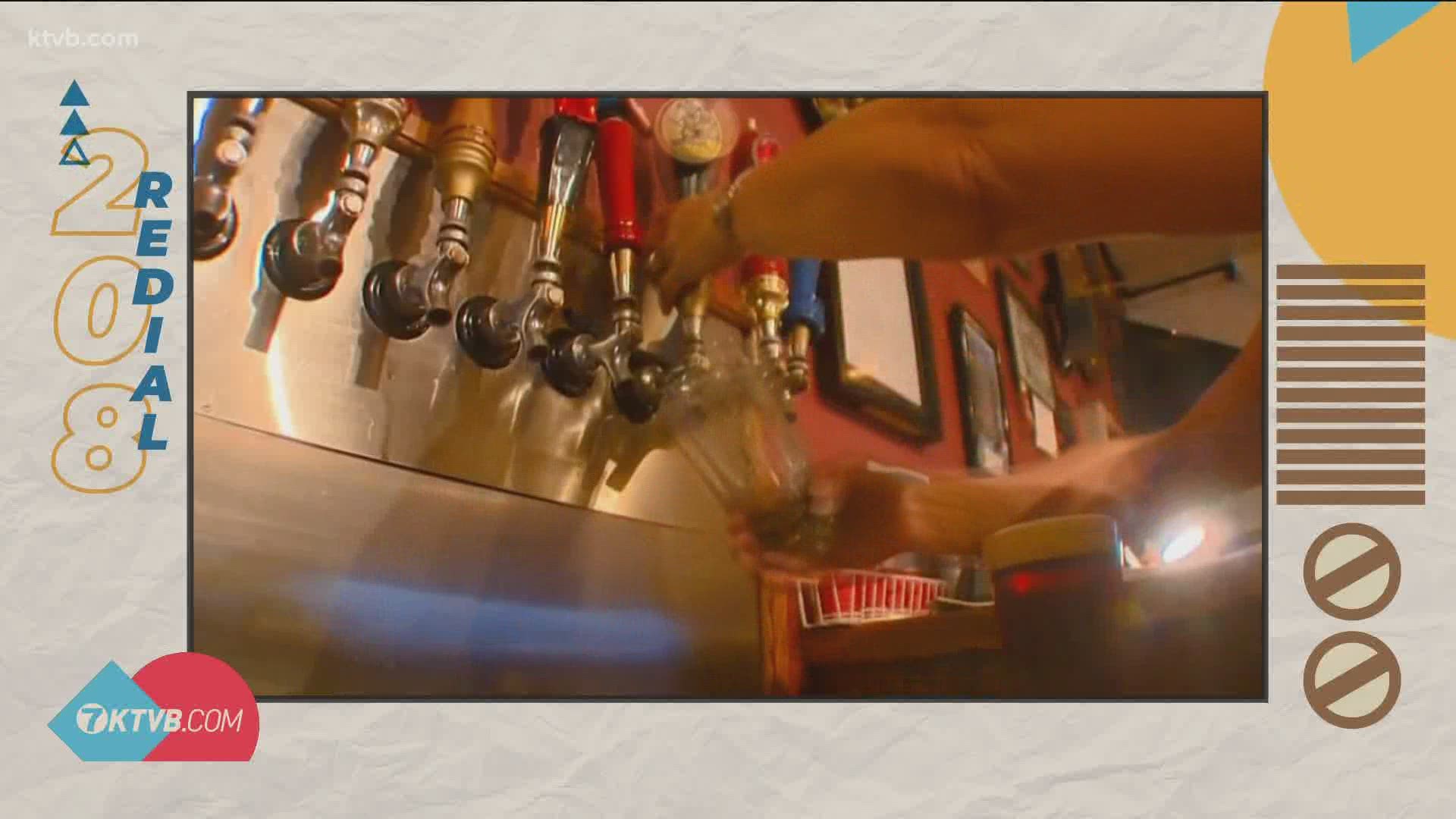 It's another Tuesday evening at the Crescent Brewery on Front Street in Nampa, and the jokes are flowing just as fast as the full-flavored beer.

Local comedians call the Crescent Nampa's nucleus for open mic night. And when it's not comedy, another form entertainment is taking place on the brewery's small stage, often live music or karaoke.

It's a culture cultivated by owner Jerry Ferguson and his wife Jodi. Eight years ago, the couple didn't just set out to build a brewery, but a public house where customers feel at home.

"You come in a stranger, you leave a friend, and we like that," said Jerry.

But before there were punchlines, there was the pale ale - the Tilted Kilt, to be specific. It's an original recipe using local hops that Jerry came up with nearly a decade ago.

A mechanical engineer by trade, Jerry co-founded the brewery with a friend, who happened to be an electrical engineer.

"Just a couple of geeks working out how to make beer," Jerry explained.

And he's still at it. Two to three times a week, Jerry will spend all day hovering over a series of single wall kettles.

The batch he's currently working - one of his 14 flavors - will be ready in about two weeks, and will fill four 32-gallon barrels.

1 / 17
<p>The Crescent Brewery in Nampa features plenty of nightly entertainment. But you can also get a history lesson while you're there. It was named after a brewery that operated in Nampa during the first half of the 20th Century.</p>

It's a relatively small operation, considering a craft brew industry that has seen colossal growth in recent years.

"When I opened this brewery there were 18 in the whole state now there's 54," Jerry said.

The Crescent remains the only locally-owned brewery in Canyon County. It's also the only one that can trace its roots back more than a century.

Way back in 1907, a German immigrant named Jacob Lockman opened a brewery in Nampa, and named it The Crescent. It brewed beer until Prohibition, changed its name in the 1930s, then closed in 1950.

Jerry, a native of Nampa, remembers when the building was demolished.

So Jerry revived the name.

"The fact that the Crescent Brewery was part of our history, I wanted to keep it going," he explained.

In fact, he's turned his tasting room into a makeshift museum.

Running the modern-day edition of the Crescent is a dream job for Jerry who is overjoyed to see the name live on.

"Well, let's just say if you enjoy what you do you never work a day in your life, and that's true," he said.

Dial it back with more 208 Redials:

See all of the latest episodes of the 208 Redial in our YouTube playlist: