Lawmakers reflect on special session of the Idaho Legislature

After three days of legislative business, protests and arrests, lawmakers weigh in on if it was a successful session. 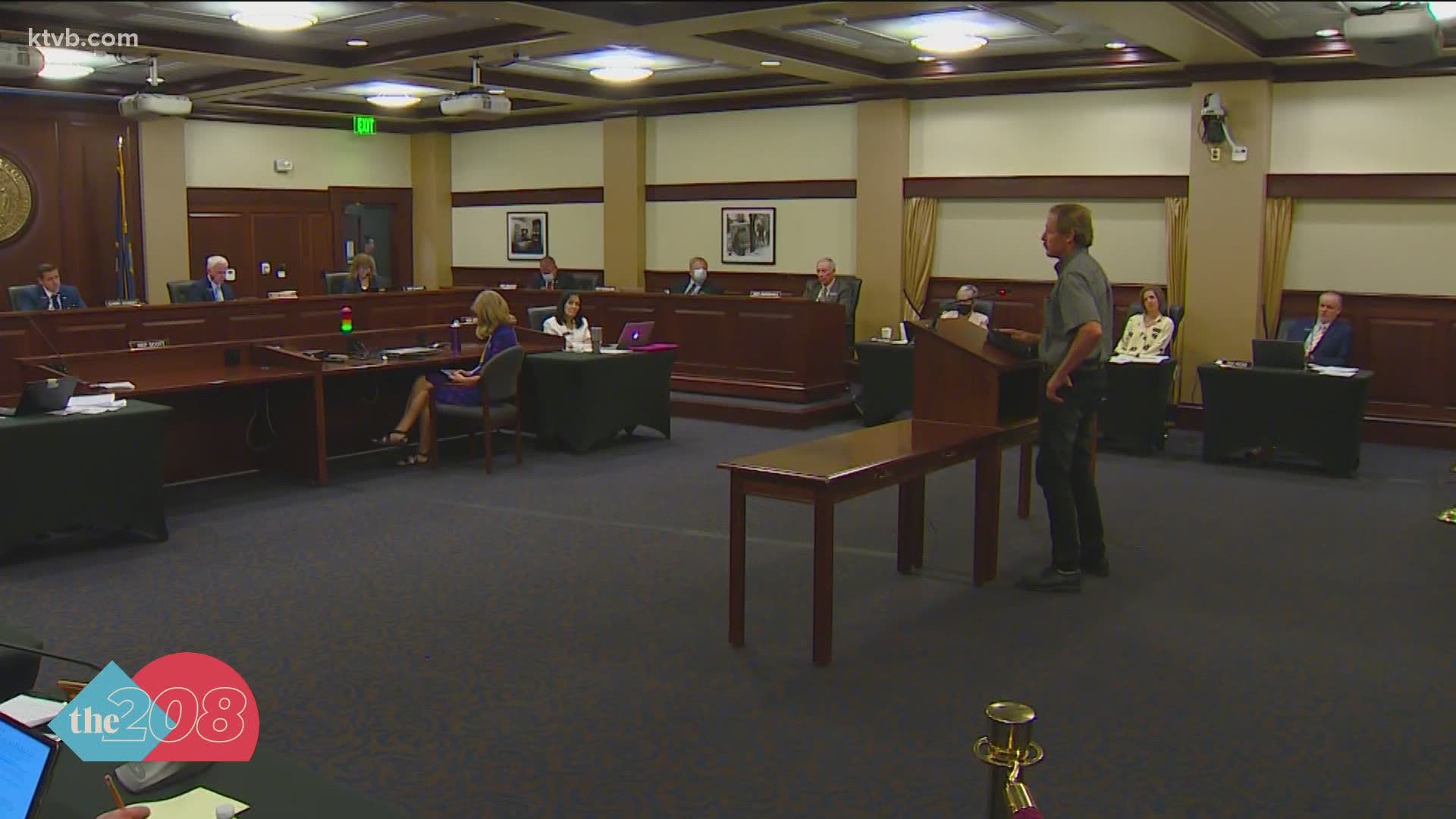 BOISE, Idaho — After a late-night conclusion to the special session of the Idaho Legislature, lawmakers are now reflecting on the whirlwind of developments since Monday.

With two election bills and COVID-19 liability legislation being sent to Gov. Brad Little's desk, the session was a success, according to House Majority Caucus Chair Megan Blanksma (R-Hammett).

“I think after some definite struggles we did have success; some important things came out of the special session,” Blanksma said. “I think our folks on the House side did a good job focusing on what needed to get done. There were distractions, that was frustrating.”

The three-day session was not limited to law-making. Several disruptions occurred during the hearings, as well as four arrests including anti-government activist Ammon Bundy.

Lawmakers believe some people acted out because of a misunderstanding of how business is conducted at the Statehouse.

“Once we got rolling and they started to understand how the process worked, I think it eventually smoothed itself out where everybody who did want to opine on the pending legislation was able to,” Blanksma said.

Members of the public showed up to the special session to voice concerns about House Bill 6, COVID-19 limited liability legislation.

The bill ensures that businesses and schools where COVID-19 infections are confirmed will not be faced with costly lawsuits. The final bill, however, did not extend immunity to most government entities, something citizens at the Capitol were concerned about.

HB 6 was signed by Gov. Little on Thursday afternoon.

“I’m glad that we were able to get that done," Blanksma said. "It took a little while, again we left pretty late, but it was worth it to get that finished up."

Blanksma and other lawmakers are pleased with how the session concluded, but some do not feel it was entirely necessary.

“I’m not sure that it was really worth the risk and all of the drama that came with it,” House Minority Leader Ilana Rubel said

While she is pleased that lawmakers were able to pass two pieces of election legislation, Rubel believes HB 6 went too far.

“This bill excused, basically, all kinds of gross misconduct," Rubel said. "It created full immunity for even gross negligence, which basically removes all incentive for people to take, even, due care. One hopes they will anyway, but there is a real risk that folks are going to get really sloppy if there is no risk of accountability, essentially.”

He signed an election bill that will give Idaho county clerks more time to process mail-in ballots. The other election item is still pending.

For weeks, lawmakers were faced with questions about the K-12 school year and the November election.

“If you are a school board member or superintendent, what was the liability?" Little said. "This COVID virus is different than anything we’ve ever had before and there was a lot of unknowns. So, the liability and the elections were the two subjects of the proclamation about the call.”

With riots, shattered glass doors and several arrests, Rubel is still uncertain if the session accomplished what it was intended to.

"In terms of public safety perspective, hundreds and hundreds of people packed into small spaces with no masks and no distancing," she said. "I think probably a pretty substantial risk that this increases community spread or at least slows down the date we can finally get back into a lower stage.”

As the House wrapped things up late Wednesday, lawmakers gave a standing ovation for Idaho State troopers who worked long days at the Capitol this week working to keep people and proceedings safe.

“They really did deserve it, those are a whole bunch of hardworking folks," Blanksma said. "They spent a lot of time with us, they were working really hard to make sure that the process of the House and the Senate continued to function and that we all felt safe, it was much appreciated.”

Many other lawmakers echoed that sentiment.

“I’m so thankful for our law enforcement, they did a wonderful job," Rubel said. "They were everywhere we needed them in just the perfect capacity. They weren’t violent, they weren’t menacing but a reassuring presence to keep order.”

Gov. Little recognized that as well.

“When incivility is detrimental to civility then you got a problem,” Little said. “ISP handled things very well.”