Get to know Idaho: Culdesac, an old outlaw town

Culdesac, which literally translates to "the bottom of the bag" in French, was once a top spot for outlaws to hide out. 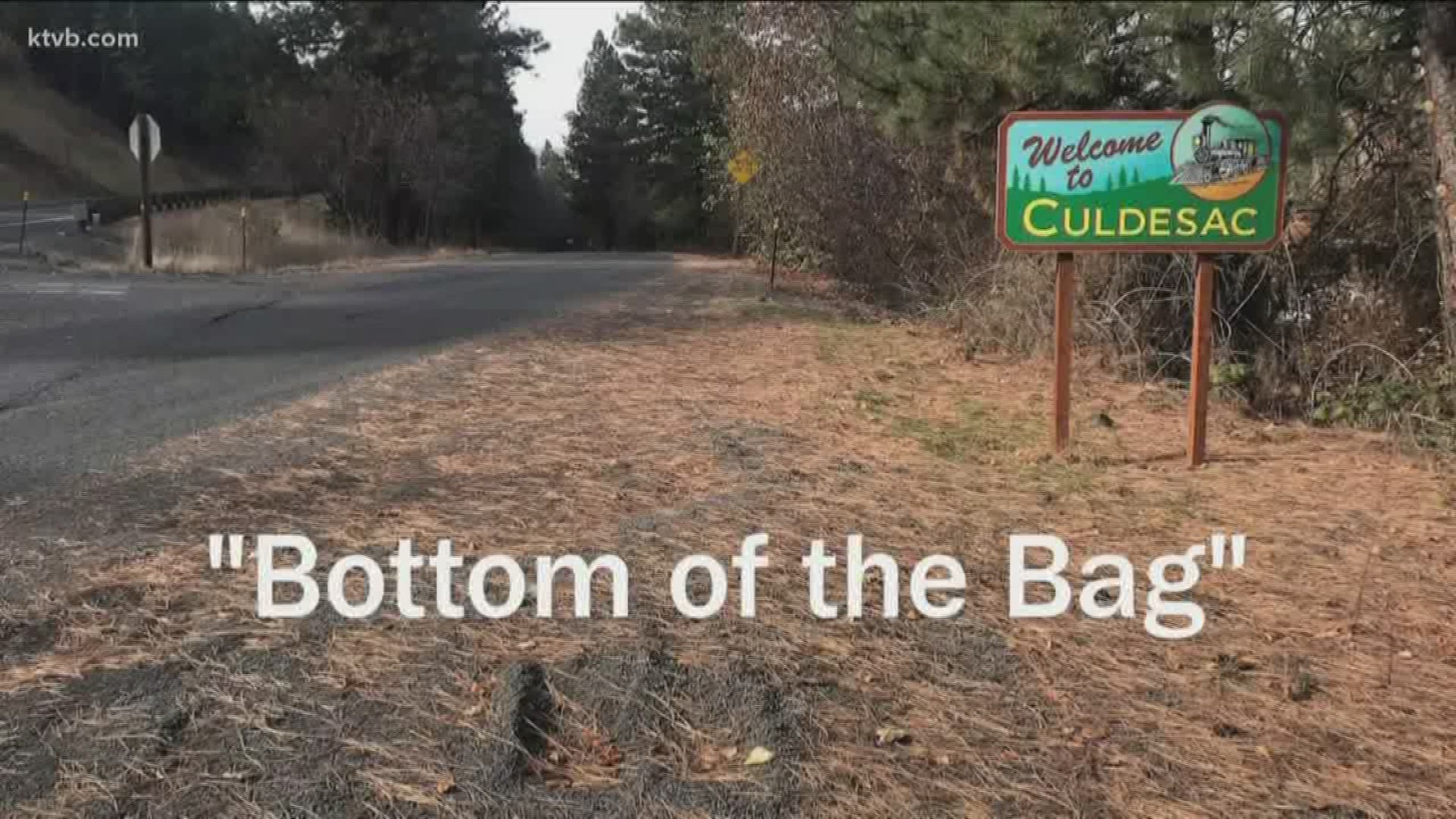 CULDESAC, Idaho — If you've made the drive north to Moscow or Lewiston, you've likely passed right by the little dead-end town of Culdesac. That's literally what it was, a dead-end town.

Built around the turn of the 20th century, Culdesac became a turnaround for the Northern Pacific Railroad. The president of the company at the time named the community 'Culdesac' after the French term for 'dead end.'

During its peak, nothing was more lively than the small town's Bronc-Bustin' Fourth of July celebrations.

The Latah County Historical Society says it was also a popular hideout for outlaws.

Today, the train tracks are home to overgrown weeds and about 400 residents.

We asked all four city managers how many cul-de-sac's there are in Culdesac. They told KTVB that are a whopping four culdesacs in the town of Culdesac.

When we asked the ladies in the Post Office about it, they all laughed, saying they never thought about counting the culdesacs in their small town.

Every once in a while, we like to take a little road trip during The 208 and show you an interesting or strange tale from one of the corners of Idaho. Have a place in mind? Send us an email at the208@ktvb.com.

Read more the best stories from The 208:

What's up with the College of Western Idaho's vacant property in Boise?

Onaway, Idaho: On the way to everywhere on the Palouse