In a Facebook post from Kootenai Health, they said one baby was delivered earlier this week and the last is due in November. 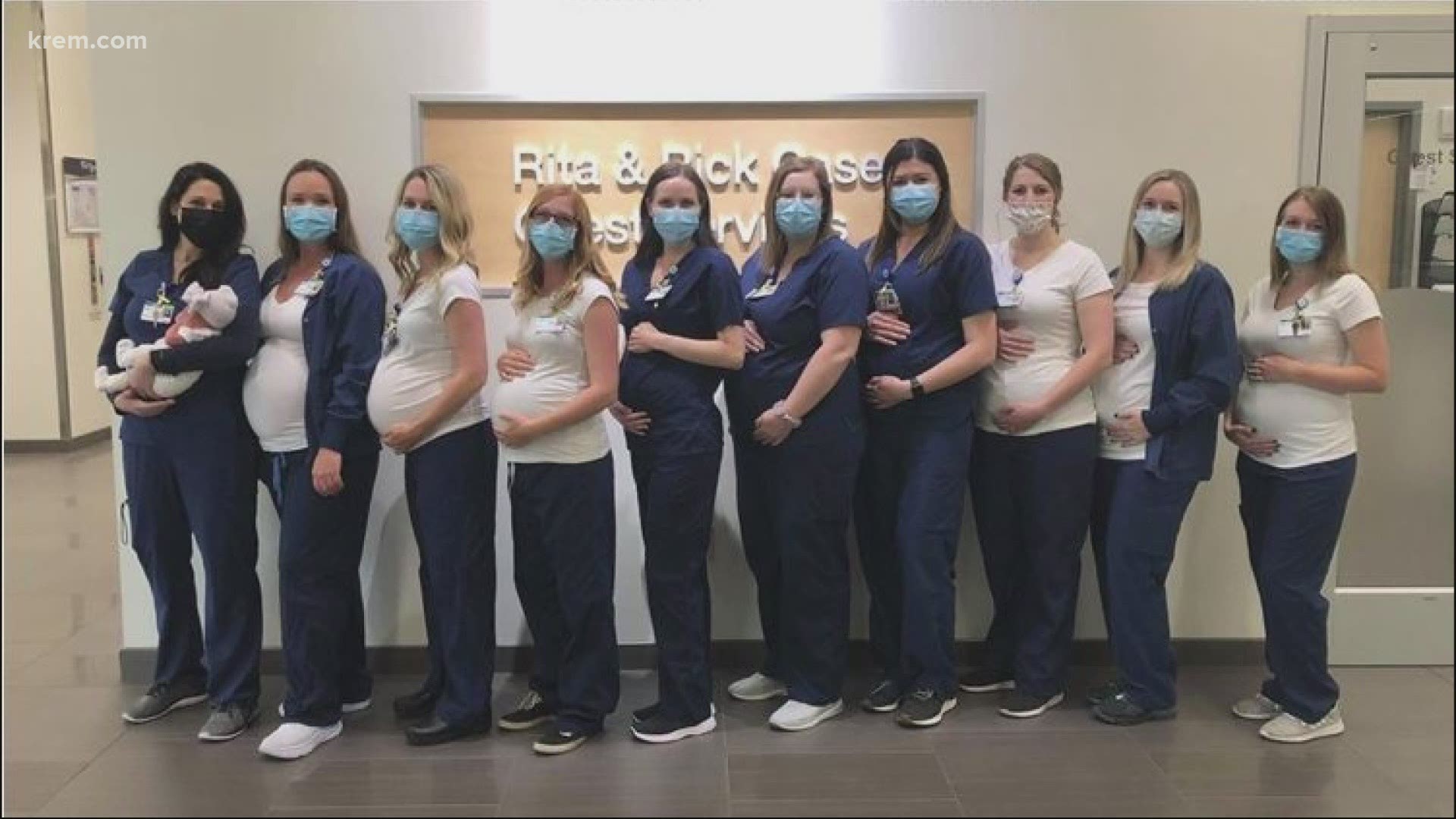 In a Facebook post from Kootenai Health, they said one baby was delivered earlier this week and the last is due in November.

Can it get any crazier? Two of the babies even share the same due date.

In the post, they said they wish each nurse nothing but health and happiness as they welcome their new babies.

This comes after a similar situation at Providence Holy Family Hospital about three months before. Ten nurses at the hospital were pregnant at the same time.

According to a press release sent by Providence, six of the ten nurses were pregnant for the first time.

“There were a few of us having conversations and they would say ‘I’m actually pregnant,’ and we’d say ‘Oh, you are too?’ And it just became that there were so many of us,” nurse Peyton Johnson said. “It’s a joke now — don’t drink the water here, unless you want to get pregnant too.”

Deanna Higgins is the nurse manager at FMC. She said the nurses' due dates were spread out enough so scheduling wan't an issue.

“We help nearly 1200 women have babies here every year, now it's our turn,” Higgins said. “One of the things we are most proud of at the Family Maternity Center is our amazing team of caregivers who care so much about their patients. I’m excited for our nurses to experience the same care they provide every day to families in our community.”