All the elite division championship games were played Sunday as the festivities wrapped up at Hoopfest. 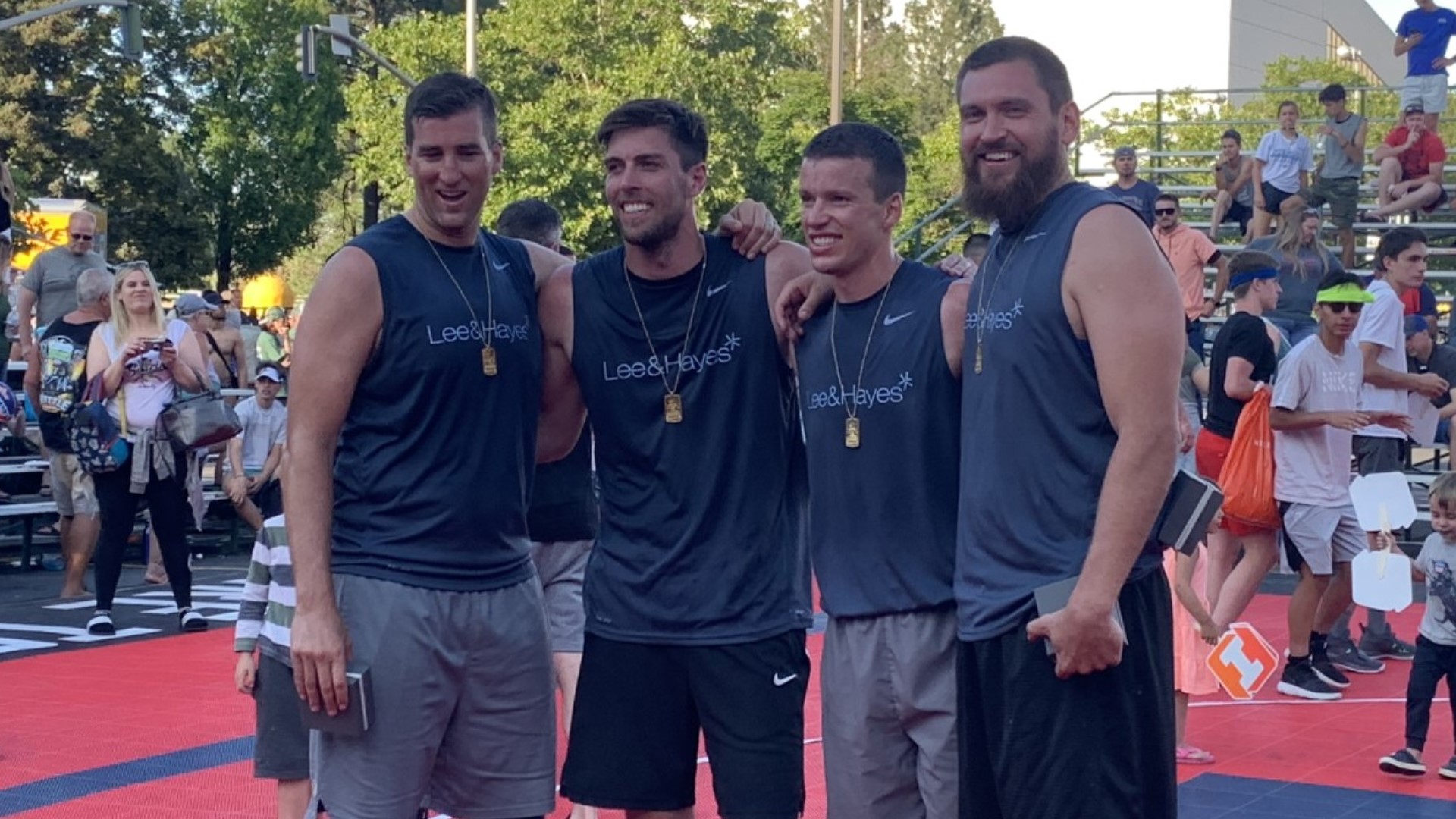 SPOKANE, Wash. — All the elite division championship games were played Sunday as the festivities wrapped up at Hoopfest.

Here is a rundown of the notable elite champions.

MEN'S 6' AND OVER ELITE CHAMPIONSHIP

Hoopfest crowd favorites Lee & Hayes played in the title game for the 6 feet and over men's elite division crown.

Former Gonzaga walk-on Mike Hart and former Eastern Washington alums Parker Kelly and Marc Axton led the squad in search for a three-peat. The champs in 2017 and 2018 took on Bobby and the Boys.

After falling behind 3-0 early, Lee & Hayes rattled off 10 straight points to take a commanding lead. Hart was valuable on defense with his rebounding and shot blocking. Axton and Kelly did damage on the offensive end.

Lee & Hayes complete the three-peat and say they plan on getting the gang back together for next year's Hoopfest.

MEN'S 6' AND UNDER ELITE CHAMPIONSHIP

Canada took on All of the Lights for the title.

Canada got off to a 7-3 lead early thanks to Jeff Price and his inside scoring.

All of the Lights found a way to stick around with some timely two-pointers. They made it a one point game at 10-9.

But Price started scoring in the paint again. Then he hit one from the outside for the game winner and the championship.

The game had a strange start as a few points were played with a men's ball instead of a women's ball. Once the issue was sorted out, Schimmel took over the game.

All Rez would go on to win the game, but they came through the consolation bracket to reach the championship and YYC Canada had yet to lose. Therefore, the teams played one more game for the title since the tournament is double elimination.

Bekkering had a solid performance and did everything she could to keep YYC Canada in the game, but Schimmel was just too much to handle.

She had big plays on defense and scored several points to close out the game.

All Rez captured the title by running the table after losing their first game.