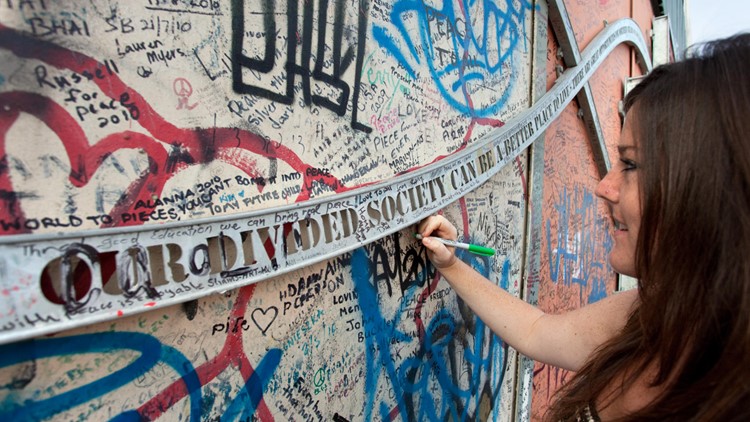 SPOKANE, Wash. — Dominic Arizona Bonuccelli has traveled to dozens of countries as the lead photographer for Rick Steves’ Europe and the Lonely Planet travel guides.

Bonuccelli grew up in the Spokane area and attended Gonzaga Prep. He now calls Tucson, Arizona home, but makes many trips back to the Inland Northwest.

KREM 2 features one of Bonuccelli's favorite photos each week. This week, Bonuccelli shared an image of a graffiti wall in Ireland.

When shooting for Rick Steves, we often visit places that were historically cleaved in two by walls, and we see what effect those walls had on the people that lived on both sides. Berlin has had a renaissance after the Cold War and the wall came down, it’s now one of the most vibrant cities in Europe. But this shot was in Belfast, Ireland, where I was struck by the presence of guard towers and barriers that were very visible and potentially viable. Today with the uncertainty of Brexit, the differences between Ireland and Northern Ireland have once again become tender. Throughout Belfast, brilliantly poignant murals and wall art bedizen a region which is still healing from decades of separation and tension.

RELATED: KREM 2 Photo of the Week: Cave of Hercules in Morocco