Deputies had been looking for Jorge Alcantara-Gonzalez, 34, who is wanted in connection to the murder of a hiker, who had been missing since May 18. 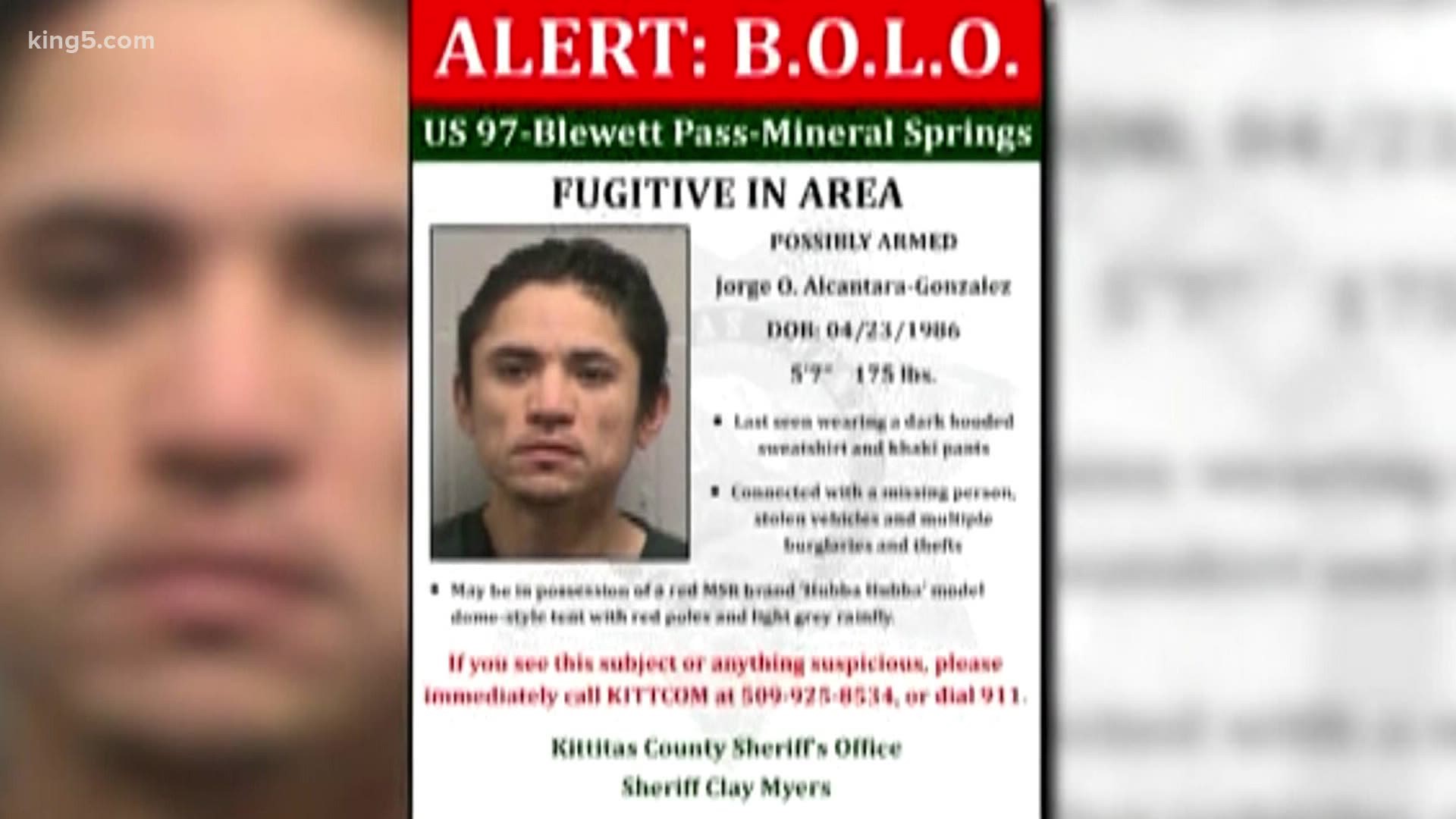 A suspect wanted for the murder of a Kent man has been arrested after a 23-day manhunt.

The Kittitas County Sheriff's Office had been looking for Jorge Alcantara-Gonzalez, 34, who had disappeared into the town of Liberty after a warrant was issued for his arrest in late May.

Since Alcantara-Gonzalez was believed to be hiding out nearby, the Department of Natural Resources closed a portion of Teanaway Community Forest to limit the amount of contact he could have had with the public and reduce the public’s risk of being harmed by the fugitive. The suspect was considered to be armed and dangerous.

Alcantara-Gonzalez was finally spotted on Sunday when a resident was walking in his neighborhood in the Teanaway area when he saw someone inside the house of a neighbor and called 911.

Deputies from the sheriff’s office and officers from the US Forest Service and the state Department of Fish and Wildlife surrounded the home and called the suspect out. He complied with their orders and warnings and was taken into custody without incident.

Alcantara-Gonzalez was not only wanted for the murder of 41-year-old Ian Eckles, but also other crimes like multiple burglaries, thefts, and possession of stolen vehicles.

Eckles was reported missing by his family on May 18.

A volunteer in the search party of Eckles saw someone else driving Eckles' car. It's unknown at this time if that person was the suspect, but Eckles' vehicle was later found abandoned deep in the woods north of Cle Elum. 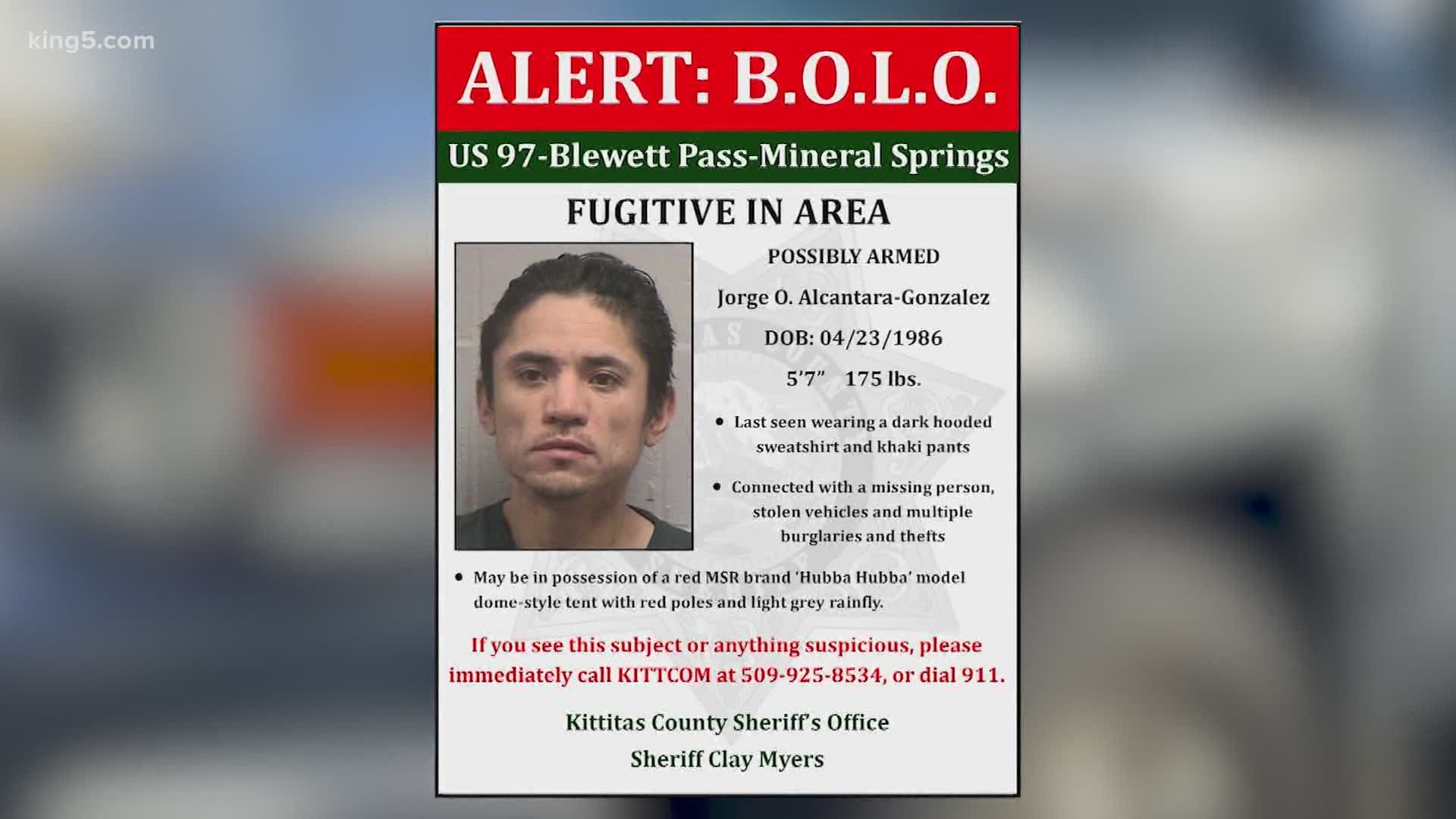