Melissa Taylor worked with two companies that promised to create an Amazon affiliate for her. 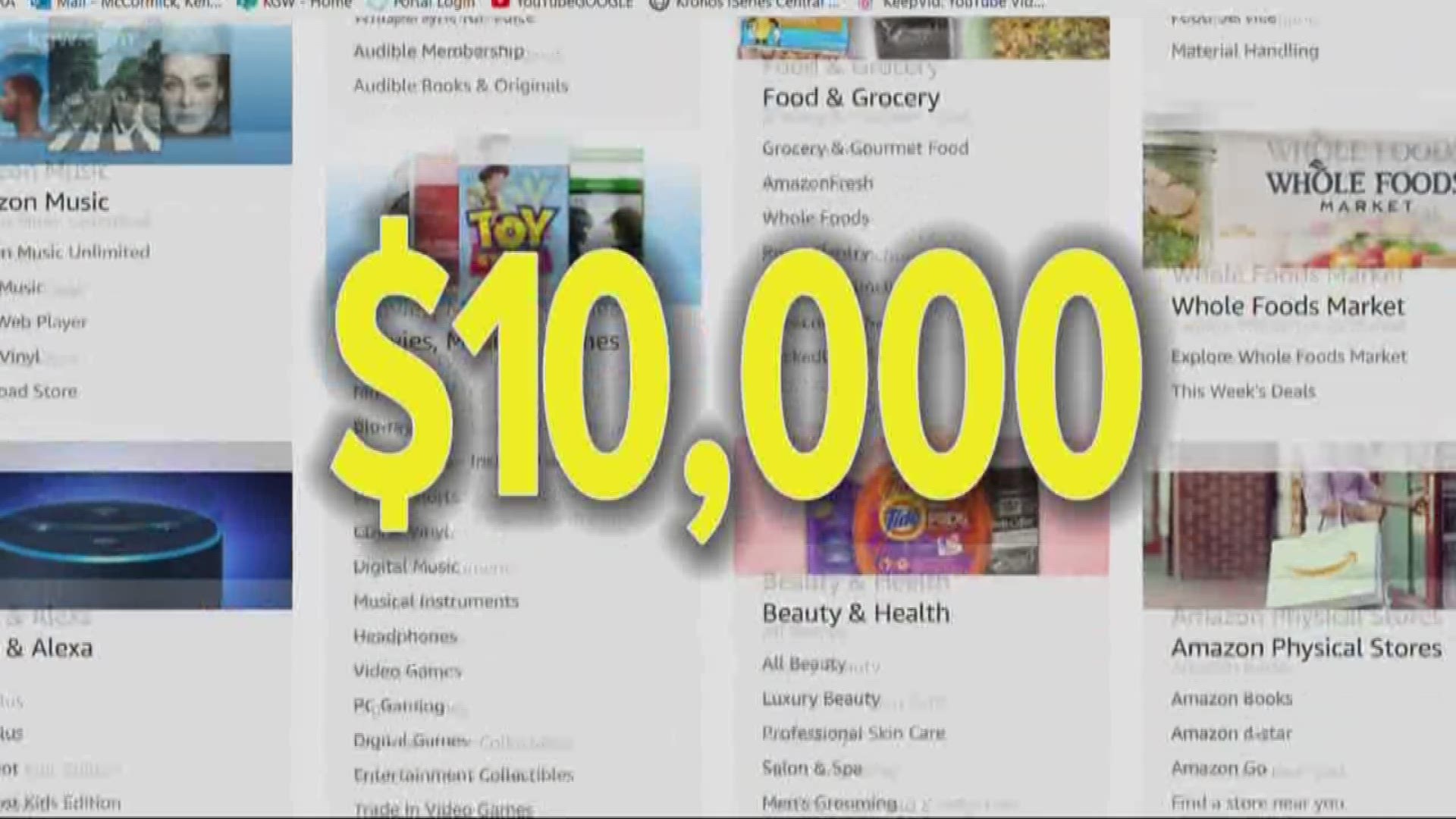 VANCOUVER, Wash — A Vancouver woman who was looking to make some extra money is now out $10,000.

But she's not the victim of a scam. Instead, Melissa Taylor fell victim to a legal scheme and experts say it's a growing problem across the country.

Taylor said she worked with two companies – A to Z Marketing Solutions and Business Marketing Experts. The companies, which are based in Arizona, promised to create an Amazon affiliate for her.

"They work with Amazon and they create affiliate programs that direct Amazon shoppers to the website that they create for you and then whenever shoppers buy, you get a 15 to 17-percent return,” said Taylor.

It sounded good. And as big as Amazon is today, there are affiliate companies that work with them.

"So I'm asking them, 'OK when can I expect to see my first check?' They say 'Oh you'll get it in a couple days before your first payment comes out,'" she said.

Taylor said the promise was to provide her with two websites, where Amazon "overflow" shoppers could buy items. Taylor would have to pay for the websites, but A to Z Marketing helped her secure a $10,000 loan to cover it, and they said the revenue from the websites would easily cover the loan payments.

As of today, the websites have generated zero dollars in revenue. When Taylor called A to Z Marketing Solutions she said they promised her the checks were coming.

“She says 'Oh well, I checked and there's a check going out to you on the 23rd.' So I wait for the 23rd and again, nothing. And I can't get a hold of anyone,” said Taylor.

But Danielle Kane, the Marketplace Manager for the Better Business Bureau, said other people have had problems with the same companies.

"They have an F rating and a D+ rating, so lots of complaints. We actually just recently opened files on both of them because we're seeing a lot of complaints."

“Because Amazon operates with a lot of third-party sellers and that is part of their business model, it's a really easy scheme to execute,” she said.

We tried to reach A to Z Marketing Solutions by phone and by email but didn’t get a response. Now, Taylor says she is stuck with hundreds in loan payments every month.

"On top of my regular day-to-day bills, now this new payment leaves me with about 57 dollars a week for gas and groceries,” Taylor said.

There is, however, a small ray of hope. Kane says the Federal Trade Commission has these types of businesses on its radar and has requirements that the companies need to follow.

“They need to provide two documents: a disclosure statement and an earnings statement,” said Kane.

Unlike a traditional scam, Kane says these schemers are registered as legitimate businesses. And the FTC is monitoring their business practices.

“The FTC says that these two things must be provided and if she didn't sign anything, and if she also didn't get any of these statements, there's a good chance if she contacts the FTC or the Attorney General, there might be some recourse for her,” Kane said.

Taylor is hopeful. She has contacted the Attorneys General in both Washington and Arizona. She says she was not provided a disclosure or earnings statement and did not sign a thing. Experts say Amazon is aware of the problems with certain third-party sellers.

RELATED: Gresham woman conned out of $9,000 in 'tech impostor scam'

RELATED: Phone call from your own number? It’s a scam