The manager of a charity meant to serve veterans in need siphoned money from the non-profit and used it to pay her personal rent, a KING 5 investigation found. 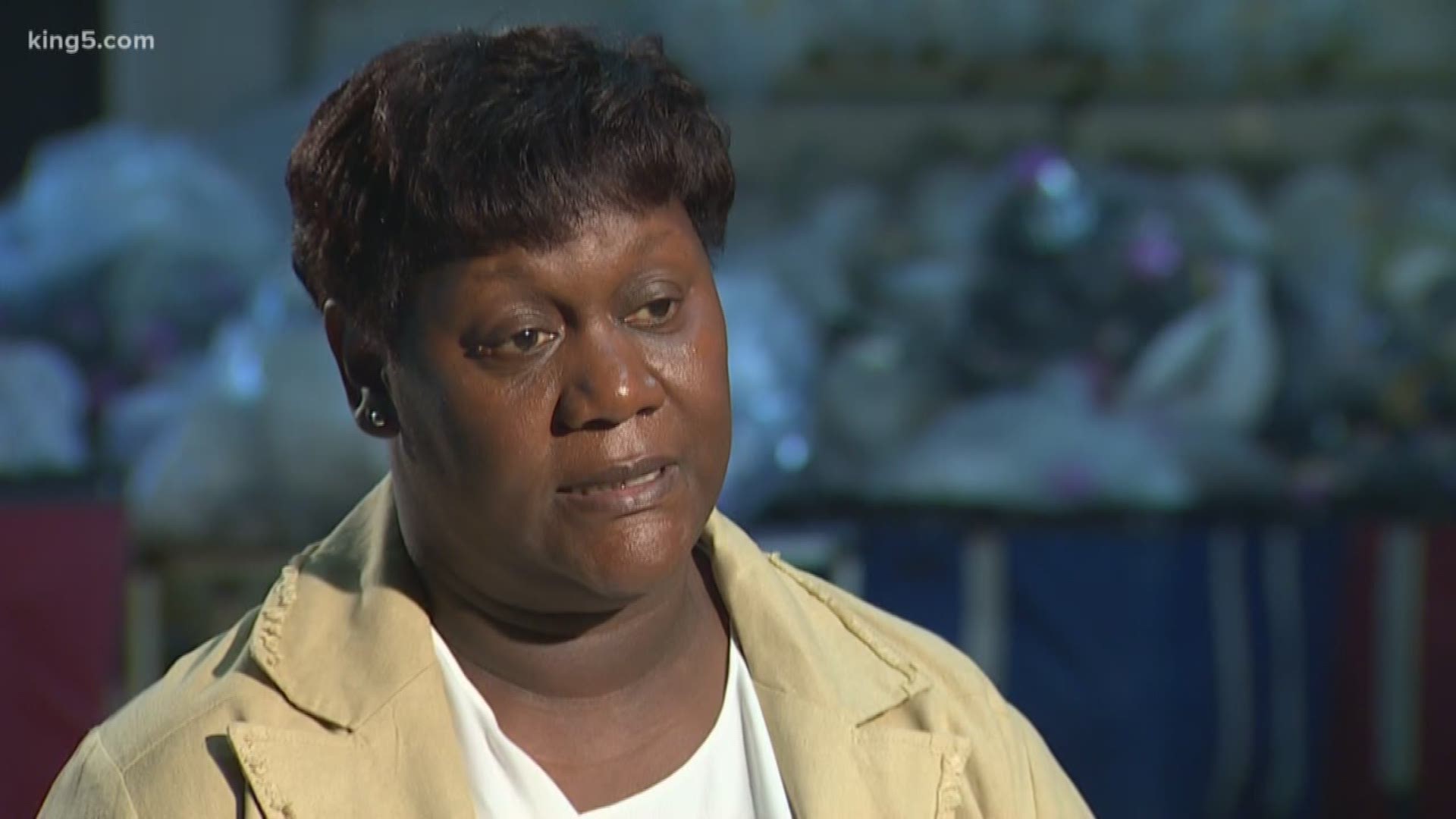 The leader of a Pierce County charity for veterans in need siphoned money from the nonprofit and used it to cover her personal living expenses, a KING 5 investigation found.

Rosemary Hibbler, operations manager of Veterans Independent Enterprises of Washington (VIEW), withdrew more than $11,000 from the nonprofit’s bank account to pay her landlord rent and late rent payment fees between October 2018 and March 2019, according to newly-obtained financial documents.

The findings come in the wake of a five-month KING 5 investigation, released last week, which uncovered more than $250,000 in unexplained purchases, expenses and withdrawals detailed in the nonprofit’s bank records from May 2018 to April 2019.

The expenses include approximately $26,000 either withdrawn from local casino ATMs or spent inside the gambling establishments. The investigation also found $40,500 of the group’s money was transferred into someone’s personal bank account.

The VIEW, located in University Place, has provided employment and housing for homeless and disabled veterans in Pierce County for more than 30 years.

Filings with the IRS show the VIEW generates approximately $1 million per year through contracts to refurbish pieces of equipment for Boeing. But the missing funds has cost the veterans it employs the opportunity to maintain a stable income.

Washington State Labor and Industries records spanning the last 17 months show veterans employed at the VIEW were either paid late, not paid the full amount they were owed, and at times, they didn’t receive a paycheck. Seventy-three veterans, who used to work for the VIEW, are involved in a class action lawsuit against the nonprofit due to the wage dispute.

In legal filings and a letter to KING 5, the VIEW's former attorney said it has paid the veterans what is owed them.

Wallace Pruitt, a 62-year-old Army veteran, worked for the VIEW for six years in their workshop refurbishing respirators for Boeing. He said the loss of pay took a toll.

“I went to food banks. I went to the (Department of Veterans Affairs) in Tacoma. They gave me food vouchers,” Pruitt said.

Hibbler, a Tacoma resident who has led the VIEW since 2016, did not respond to questions about using the VIEW’s money to pay her rent. During an interview in July, she denied stealing from the VIEW or using the nonprofit’s money to gamble. She didn’t explain the casino transactions in the bank records analyzed by KING 5.

The 50-year-old, who has eight felony convictions for forgery and theft, admitted the organization has fallen on difficult financial times. Hibbler blamed the charity’s bungled finances on its former managers, and she said she’s worked hard to right the ship.

After KING 5’s first investigation on the VIEW aired last month, Hibbler’s landlord said he recognized several transactions included in the story as rent payments made to him.

“I watched (the report) and honestly I was just taken aback,” said Tyler Baxter, Hibbler’s landlord. “As I started to examine the bank records that you guys had I realized they were a perfect match to my bank records that I have as to how she was actually paying her rent.”

A comparison of Baxter’s bank records and the VIEW’s showed 18 transactions that were exact matches of dates and amounts.

“It’s month after month and you know, it’s large amounts of money that she not only owes me but that she owes back to the veterans,” Baxter said. “I’m kind of sick to my stomach. She’s living on other’s people’s money in luxury.”

Credit: KING 5
This is a side-by-side comparison of withdrawals from the VIEW's bank account that correspond with deposits into Rosermary Hibbler's landlord's bank for rent payments and late fees.

While financial documents show Hibbler’s rent was paid with the non-profit’s money, court records show the VIEW wasn’t able to pay theirs.

Last year, the charity got evicted from their long-standing office and workshop location in Fife after failing to pay about $60,000 dollars in rent.

The new landlords in University Place threatened to evict the VIEW this year when no rent came in for the first four months of the lease. That totaled more than $40,000. Hibbler said she’s now paid that bill.

Utility bills weren’t getting paid at the veterans’ homes, owned by the VIEW, either.  Some vets went without power as the city posted shut off and disconnection notices on their doorsteps.

Real estate records show the Tacoma home Hibbler is renting is located in a gated community with a private park. It features four bedrooms, three-and-a-half baths, a hot tub, home theater and a two-car garage.

The veterans who’ve lost jobs, money and housing at the VIEW said hearing money intended to provide resources to them was used to pay for Hibbler’s lifestyle is the ultimate insult.

“She messed my whole life up,” said Pruitt. “It (makes me mad) because she’s living in a lavish house and we’re out here scraping pennies and she owes us money.”

The Washington State Attorney General's office has an open criminal investigation into the VIEW. Baxter, the landlord, said an AG investigator contacted him last week to obtain documentation.

The University Place Police Department is also investigating the VIEW.

Rosemary Hibbler remains in charge of the organization.

In an email sent to KING on Sunday, VIEW board secretary Gary Peterson said the financial records look fine to him, as well as the other two board members (Donald Hutt, board president and Hibbler).

"I have been over this stuff both with Rosemary and Don, and so far we just can't find anything amiss," wrote Peterson.