One of the group, which had 23,000 EMS professionals, was created by a paramedic in Georgia. Grady Hospital says she shared private patient health information. 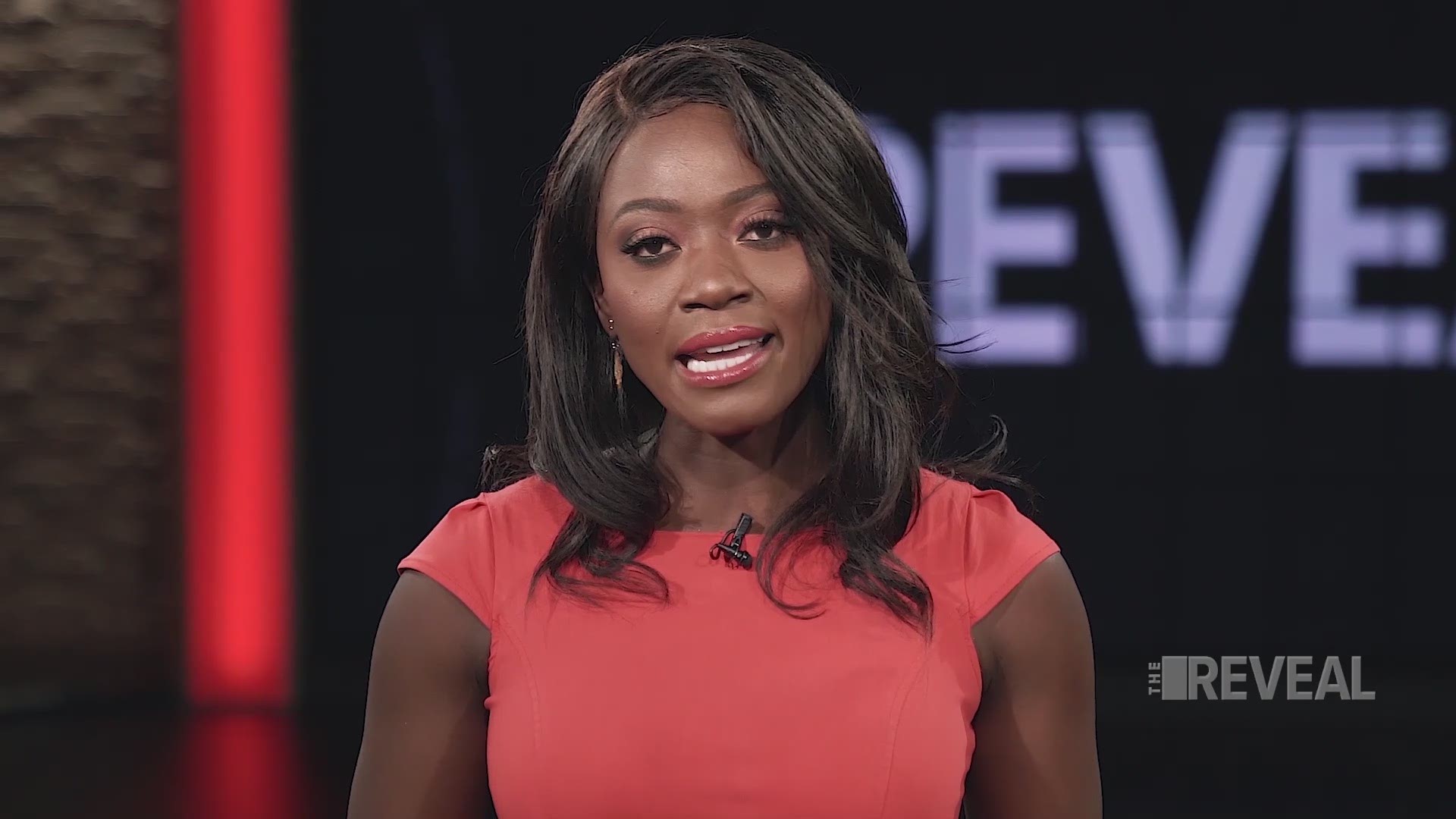 ATLANTA — They are the kind of images that show vulnerable people in their darkest times: in pain, dealing with tragedy, desperate for help. But a Reveal investigation has found the very people who have sworn to respect human dignity and show compassion in those times, have turned to disturbing online groups to make fun of those potential patients.

Over the course of weeks, our research found thousands of EMS and fire professionals in groups like “EMS Dark Humor”, “EMS Sick Sense of Humor”, “Fire and EMS Uncensored”, “Not Your Mom’s EMS” and more, sharing content they self-describe as dark, sick and twisted.

One of the groups amassed more than 23,000 members. Two of those members, a paramedic and an EMS professional, reached out to The Reveal when they say, the content became too troublesome.

“What they think is being supportive or getting rid of stress or distressing has morphed into a lot more of a disgusting thing,” the paramedic, who asked to remain anonymous, said.

He gave The Reveal access to the closed group to see its content for ourselves. Many of the posts in the group are too vulgar, misogynistic, racist, and violent to show you, uncensored.

“Videos of people committing suicide, you could see bodies dropping from buildings, literally slamming into the ground, Like no censors or anything. Nothing blurred out,” the paramedic described. “And then, you know, as you read on to the comments, you see people with memes of people holding up 10s, things like that. I guess, judging the quality of the fall. And then, lots of people liking and laughing at the post.”

“Videos of people in wheelchairs being hit by cars with a wheel across the road. And just really graphic material,” the EMS professional added.

Some of the content posted in the group include information that identify their source and location. One video shows the scene of a suicide with a New York police cruiser responding.

We showed some of the posts to Dennis Westover, an EMS-veteran of 34 years, who is now a director at Metro-Atlanta Ambulance Service.

“The things that I’ve seen over the past 34 years, I don’t need pictures. I don’t need videos. They’re in here,” Westover said, getting emotional as he pointed to his head. “Sometimes they’re in my nightmares.”

The Reveal Investigator Faith Abubey asked, “why [do the posts] make you emotional?”

While members of the Facebook group are from all around the country, The Reveal tracked down the person who created it: Metro-Atlanta paramedic Amanda Courtright. She was working for Grady Hospital when she created two versions of the group.

“For an individual, within the state of Georgia to feel creating this page is appropriate, is a little alarming,” one of the whistleblowers said.

A digital history of the group shows Facebook has shut it down twice for its disturbing content. But those behind it, changed the name, made it private and dared members to report any of the offensive posts.

For example, Courtright, “if you report a post because you don’t know how to scroll past it, the post will stay and you will be removed.”

In another post, she wrote,“...if you report, you will get booted, blasted on here and the post stays”

The threat continued in other posts, with some members wishing death on those who reported any content.“

When The Reveal reached out to Facebook, a spokesperson sent this statement: “After previously being removed, the group 'Not Your Dad’s EMS' had been reinstated, but group members and admins have continued to break our rules. We want everyone using Facebook to feel safe, which is why our Community Standards prohibit hate speech and other forms of offensive content, even when the intent is to be humorous or satirical. These rules apply across Facebook, including in Groups. So today, we're removing this group for violating our policies.”

Soon after Facebook removed the group, administrators changed the name a third time and invited members of the previous two versions to join.

We also found, in just one night, Courtright posted details of eight Atlanta ambulance calls she responded to, in the group.

“These are some of the ridiculous calls…” Courtright’s post began. “Hear what some of your stupid and funny calls [you’ve been] sent on…”

Westover called the behavior in the group "extremely unacceptable."

"I think at that point, it’s crossed the line," said Psychologist Heather McElroy.

She is one of only three board-certified police and public safety psychologist in Georgia. She helps determine if someone can handle the stress of being a first responder.

"I don’t find those things to be appropriate [...] generally, venting, some difficulty cases that you’ve had, making light of it, is normal. But I think it can get to a point where it’s extreme and inappropriate and those types of things need to be handled with a professional [...] Rather than sharing more trauma and exposing more people to more trauma. Finding a more appropriate resource for that," explained McElroy.

Supervisors at Grady Hospital say some of what Courtright posted in the group contained “confidential patient health information."

“I find myself wondering, you know, if this is the kind of thing that they laugh about in private, does that come through in the care they provide people every day?” one of the former group members said.

Weeks after we started our investigation into the “EMS Dark Humor/Not Your Dad’s EMS” page, Grady hospital told us Courtright has been fired. It was the second time in five months the hospital had disciplined her for posting about patients on social media.

The Reveal found, Courtright’s state license is currently active, and she was still part of the group, even after her firing, until we tracked her down.

“We just wanted to ask: why [did you create the group]?” Reveal investigator Faith Abubey asked Courtright.

“It’s a way to express our humor. To get rid of the stress that we deal with at work,” the paramedic responded.

“How is [any of that content] funny?” Abubey pushed back.

“It’s not so much funny as it is a way to get rid of our stress. To get rid of it because we deal with that stuff every day,” Courtright said.

The 41-year-old’s husband, with his arms folded, hovered nearby during the scheduled interview. Before we could ask Courtright all our questions, he decided the paramedic didn't owe us any more answers about the group and her posts.

He approached The Reveal photojournalist David Brooks and tried pushing the camera off his shoulder. He walked away when Brooks yelled for someone to call police.

“Sir, take your hands off of me,” Brooks said.

What bothers Westover is not just Courtright’s behavior online.

It’s the idea that there are thousands of first responders out there, some in Georgia, who find memes of torture, suicide and sexual violence funny.

“Certainly, it brings into question whether or not they have violated that sacred oath,” Westover said. “That’s something that the majority of the paramedics and EMT's in the state of Georgia, we would be very interested in having the state take some type of action so those people are weeded out.”

When The Reveal reached out to the state board, a spokesperson said the issue is out of its hands, even though it’s the same office that gives EMS professionals their credentials to work.

According to the National Association of Emergency Medical Technicians, the the Code of Ethics for EMS Practitioners reads, in part:

As an EMS practitioner, I solemnly pledge myself to the following code of professional ethics:

For now, even though emergency service providers have social media policies banning some of the behavior in the groups, nothing stops the first responders in from continuing to joke about the pain of medical patients.

We've learned, even if they get fired, they can simply get another job with another ambulance service.

“I think at the very minimum, the discussion needs to happen on the state level to make positive changes in our industry,’ Westover said.

Below is the full response from the Georgia Department of Public Health after phone conversation with a spokesperson:

"The Georgia Department of Public Health respectfully declines your request for an interview. DPH and the Office of EMS and Trauma actively investigate and respond to complaints we receive. However, there are more than 22,000 medics in Georgia, and unless someone makes a complaint to our office, we do not know about wrongdoing or bad acts involving any one of them. Medics are not employed by DPH or the Office of EMS and Trauma – they are employed by ambulance companies, or in some cases county EMS agencies. They are subject to the employee guidelines of those companies or agencies. DPH and the Office of EMS and Trauma license medics in Georgia. If an investigation reveals a medic is in violation of state or federal law or DPH Rules and Regulations, their license may be subject to suspension or revocation. Below are links to the Georgia Code and Rules and Regulations, as they pertain to EMS."

If you have information about a medic or medics who may be in violation of state or federal law or DPH Rules and Regulations, we would ask that you provide that information so DPH and the Office of EMS and Trauma can investigate the alleged violation.

More of The Reveal:

The Reveal is an investigative show exposing inequality, injustice, and ineptitude created by people in power throughout Georgia and across the country.  It airs Sunday nights at 6 on 11Alive.