The ruling prevents the public from seeing evidence that was played in open court in Texas in the case against a former Olympia man tied to the Atomwaffen Division. 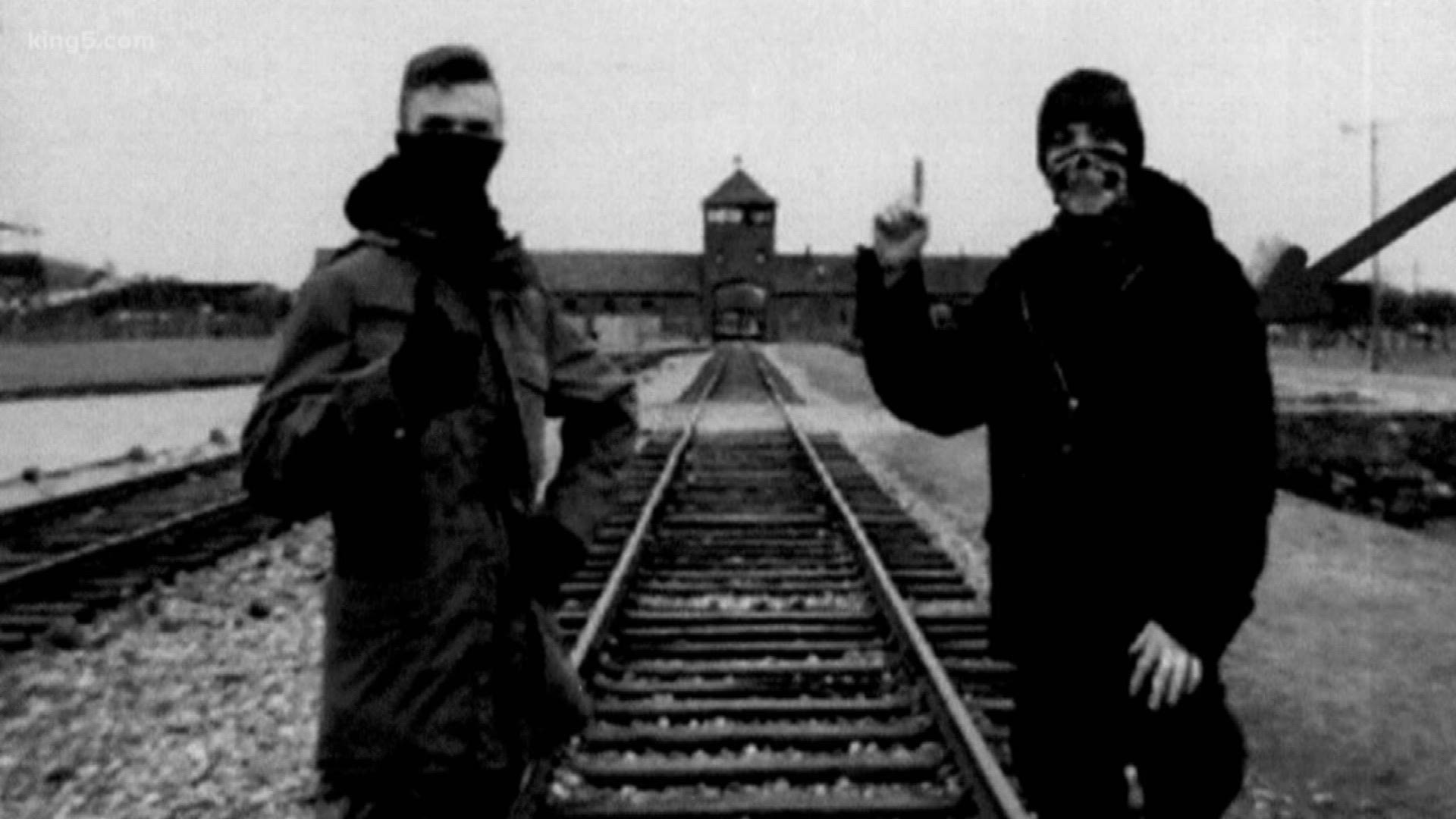 Editor's note: The video above was originally published after Aiden Bruce-Umbaugh and Kaleb Cole were arrested with guns and ammo in Texas.

LUBBOCK, TEXAS - A federal judge in Texas has refused a request by legal counsel hired by KING 5 to release jailhouse phone calls made by Aiden Bruce-Umbaugh, the former Olympia man with ties to a fearsome neo-Nazi group called The Atomwaffen Division.

The recordings and other video and exhibits were played in open court during a two-day detention hearing in Lubbock, where Bruce-Umbaugh is charged with possessing weapons and drugs.

“It does not require a great deal of imagination to envision scenarios where statements attributable to defendant from these sources could be misquoted or presented in a context prejudicial to defendant,” Judge Bryant wrote in a 13-page decision denying KING 5’s request for copies of the recordings.

“Such possibilities weigh heavily in favor of sealing these exhibits to avoid the danger of unfair prejudice to Defendant prior to trial,” wrote the judge.

Judge Bryant said the exhibits could be released after a trial concluded.

Prosecutors said Bruce-Umbaugh’s calls from a Texas jail were recorded after he and 25-year-old Kaleb Cole, the suspected leader of the Atomwaffen Division’s cell in Washington state, were stopped for speeding in Post, Texas.

Bruce-Umbaugh was arrested and charged after he said that marijuana, guns, and nearly 2,000 rounds of ammo that Garza County Sheriff’s Office deputies found in the trunk of Cole’s car belonged to him.

According to news reports from Texas, “The court heard phone calls during which [Bruce-Umbaugh] admitted to being a Nazi, [and] said he appreciated the segregated nature of the Lubbock County Detention Center.”

Prosecutors used that evidence to tie Bruce-Umbaugh to Atomwaffen. Authorities have previously said Cole and Bruce-Umbaugh were on their way to Conroe, Texas, possibly to meet with other Atomwaffen members who are based there.

This week, King County prosecutors charged Cole with illegally possessing firearms in violation of an Extreme Risk Protection Order (ERPO). Police seized about a dozen firearms from Cole in October and told him he is not allowed to possess firearms while the ERPO is in effect.

Less than one month later, Cole was stopped in Texas with a trunkload of guns and ammo.

Attorney Catherine L. Robb, who represented KING 5 in the Texas case, argued that there is a “strong common law presumption in favor of public access to court proceedings and records,” and that the right of public and press access “is especially strong, as here, videotaped exhibits have already been played in open court in a proceeding that has been concluded.”

Bruce-Umbaugh’s attorney, Micheal King of Lubbock, opposed the release of the recordings saying, “the news stories related to this case have sought to sensationalize this case by highlighting some of the very exhibits the media seeks to obtain.”

The facts surrounding Atomwaffen are, themselves, sensational.

Members of the small band of white supremacists have been linked to five murders in other parts of the country. In Washington state, online recruitment video’s show members training with assault-style firearms along the shores of Lake Shannon, outside the city of Concrete. Videos and online literature reveal that Atomwaffen is taking up arms for a coming race-war, in the name of Adolf Hitler and mass murderer Charles Manson.

Judge Bryant’s decision reflected the argument that media misinformation could harm Bruce-Umbaugh’s right to a fair trial. He said that any member of the press or public had a right to attend the detention hearing in person. However, cameras and recording devices are not allowed in federal courtrooms.

Also see | What is the Atomwaffen Division? 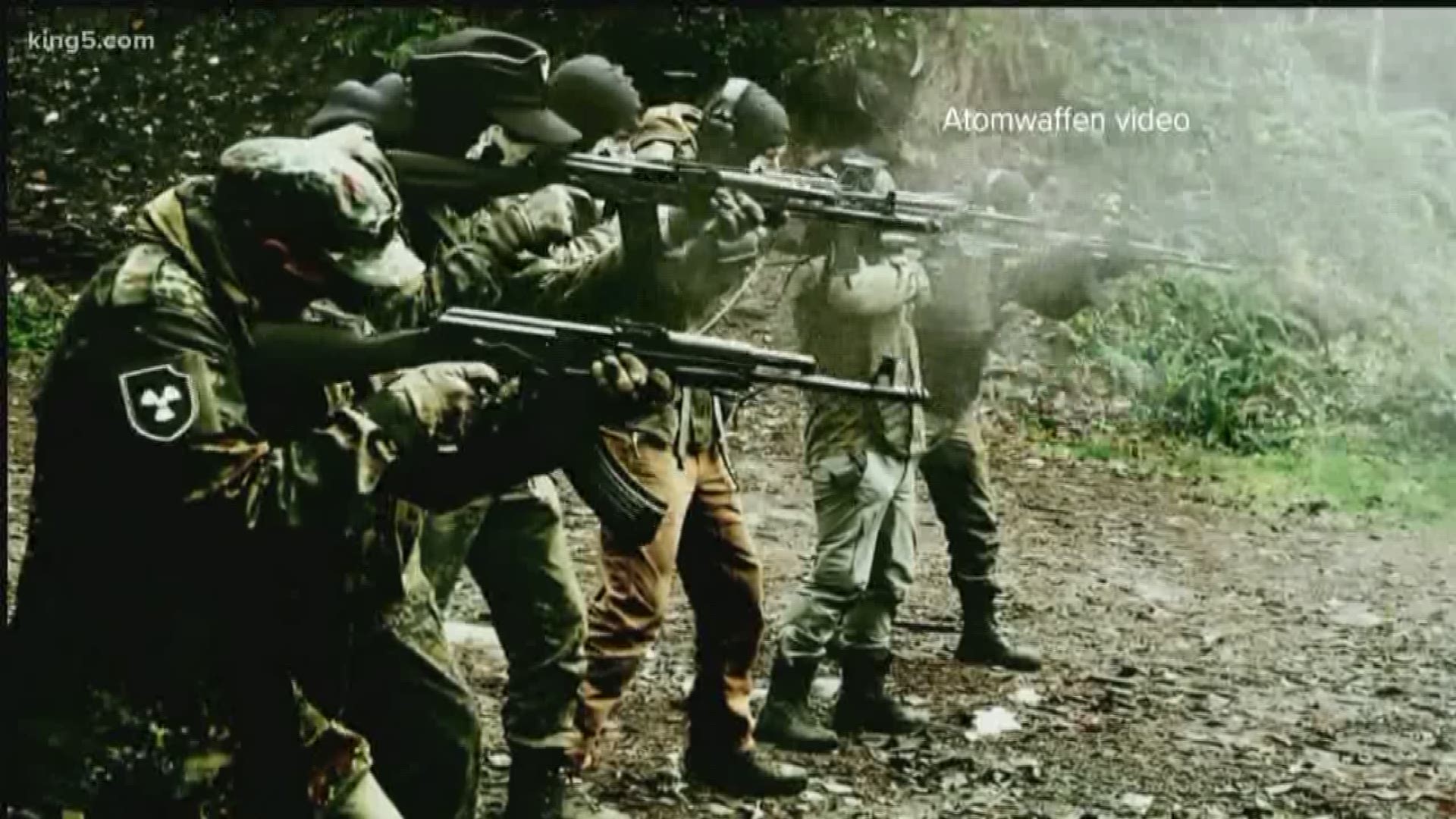