Four years later, the Washington AG's Office will re-examine Dr. John Marshall's death. But his wife Suzan has always had her doubts of his death being an accident. 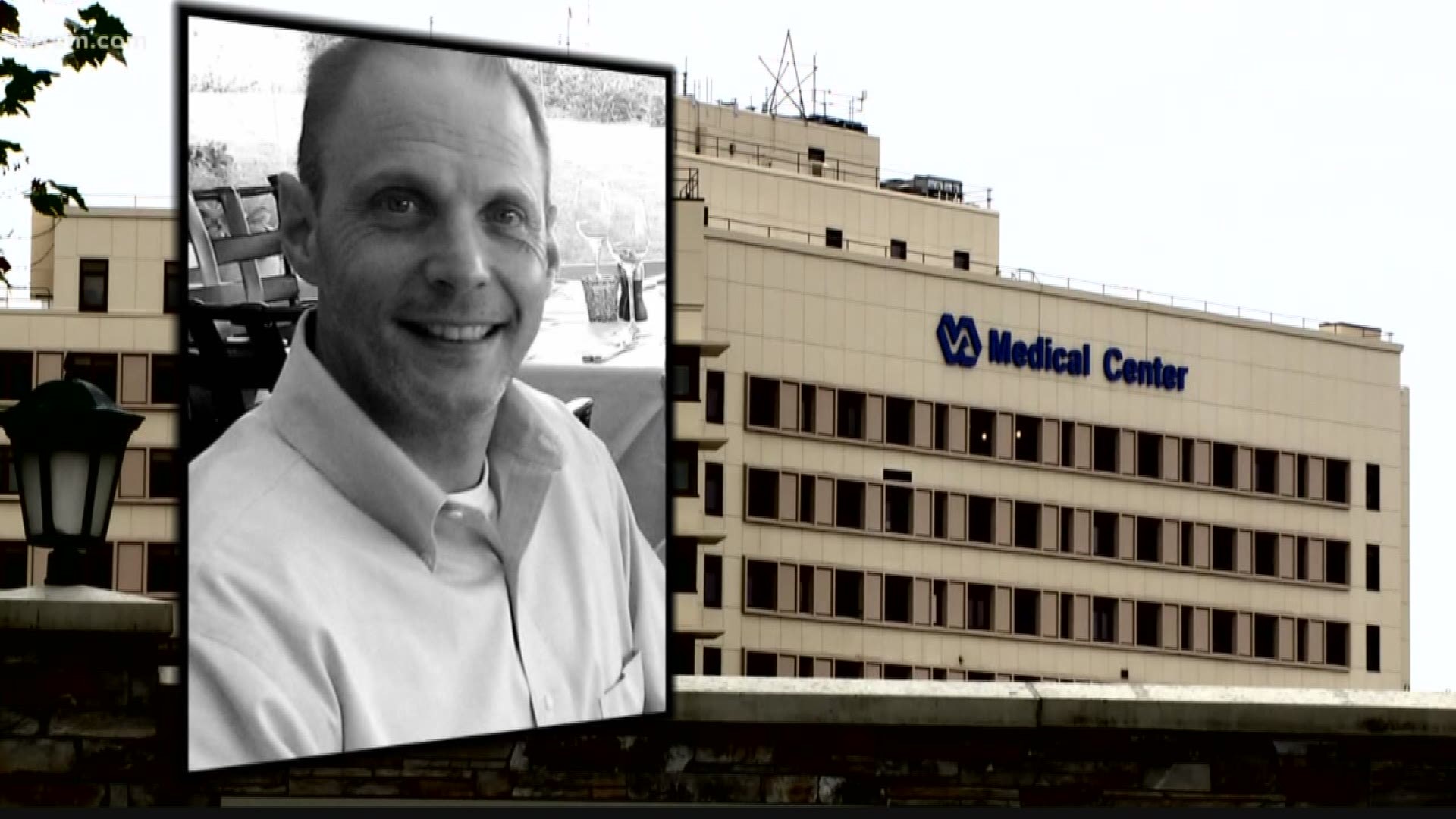 SPOKANE, Wash. — It’s a cold case that many people in Spokane thought would go unsolved.

But now, the Washington State Attorney General’s Office is looking into the death investigation of Dr. John Marshall.

The well-respected interim Chief of Surgery at Spokane’s Mann-Grandstaff VA Medical Center was found dead in the Spokane River on January 26, 2016. He was a husband and father of two children.

His wife Suzan, a licensed surgeon herself, has been pushing for an outside review of the case ever since it was suspended by the Spokane Police Department  in April of 2016.

The Spokane Medical Examiner officially ruled John Marshall's death as an accidental drowning. But police were never able to determine exactly what led up to his death.

KREM sat down with Suzan Marshal to discuss her thoughts on the original case, as well as her doubts about what the Attorney General's office will find.
And for the first time, she is also opening up about her husband's possible affair with another woman who was killed just one week before his death.

The Death of Dr. John Marshall

Dr. John Marshall started his day on Jan. 25, 2016 like many others --  At 5:30am, he went to the downtown Spokane YWCA to work out. Surveillance video shows him putting his belongings in a cubby before exiting the building onto North Monroe Street to go for a run.  It would end up being the last known footage of him alive.

Dr. Marshall never showed up at work that day, where he had a full schedule of surgeries waiting for him. His cell phone and his car remained in the parking lot of the downtown YMCA.

Spokane police started retracing Marshall’s steps, but weren’t able to find him until 9:30 a.m. the next day, 28 hours after he went missing. His body had been spotted on the banks of the Spokane River, downstream from the Monroe Street Bridge.

Suzan said, at first, she was simply in shock.

Police records show Suzan was "extremely calm" when they first spoke with her. Detectives also noted in their reports that she repeatedly made “comments about John being kidnapped or murdered” and made mention of him “probably being in the river or in the trunk of a car.”

According to police reports, investigators considered the possibility that Suzan had somehow been involved in her husband's death. Less than two weeks after John's death, Suzan emailed detectives saying she "couldn't file life insurance policies to pay off mortgages without a cause of death."

At one point, emails show she asked, "if they could call it a "drowning by accident." The detective responded, saying, "the Medical Examiner would make the final determination on cause of death." Police records show investigators eventually decided Suzan had "not been involved" in her husband's death.

Meanwhile, as police continued their investigation, questions and rumors began to surface about a different death investigation just one week prior.

Rumors, questions of a link between cases

Brenda Thurman was shot and killed by her husband Dwayne, a reserve deputy for the Lincoln County Sheriff’s Department, seven days before the death of John Marshall.

Dwayne told police he accidentally shot Brenda through the heart as he was cleaning her gun. But months later, he was arrested and eventually found guilty of second-degree manslaughter.

In May of 2018, Dwayne Thurman was sentenced to five years in prison. He is currently incarcerated at Coyote Ridge Correctional Center in central Washington

Suzan believes John and Brenda knew each other and were involved in a relationship.

“She was killed on Monday. On Wednesday, John told me he had a (funeral) viewing to go to, and I grilled him about it,” Suzan said. “I said, ‘Do you know Brenda Thurman?’ And he wouldn’t look at me, and he said no. And I said, ‘Why the hell would you go to the viewing of someone you don’t know?’ And he said, ‘It’s a VA thing.’ A viewing is very intimate. He felt the need to lie to me, whatever the circumstance was.”

Suzan also believes her husband's relationship with Brenda ultimately led to his death. She questions why Spokane Police never thoroughly pursued that possibility.

She says the physical evidence of where John's body was found leads to only one possibility -- murder.

“There’s no way to get to that point, without being put there, because you can’t fall from a hill, you’d land in a bush,” Suzan said. “His clothing is pristine. His iPod is in his pocket, and the ear buds are dangling between his legs. You can’t have that going through the river."

Police records confirm that Marshall’s iPod remained in its fitness holder and that his clothes was not dirty or torn, as would likely happen if he'd jumped or fallen into the river..

"There’s no injury of a fall," Suzan said. "They’ve talked about the Monroe Street Bridge. He has no fractures, no internal injuries, liver is fine, spleen is fine. They talked about, maybe the chest injuries are from hitting the water. Well, then why is his face fine?”

She also believes John's body showed evidence of assault injuries across the front of his chest -- a broken sternum and several broken ribs.

She also points to a series of red marks across the front of his throat as signs of "early lividity." She believes her husband's body was face-down for several hours after he was killed, then dumped face-up along the edge of the river.

In in April 2016, less than three months after John's death, the Spokane Police Department suspended its investigation. According to reports, detectives were aware of rumors about Brenda and John, but "never found any link between the two cases." Detectives ended their report saying they would reopen the case and continue investigating if new information was presented.

“Every piece of evidence we have brought to them, they have not investigated. The have dismissed it. It’s an un-vestigation,” Suzan said.

Police documents show that Suzan sent a frantic Facebook message to one of John’s colleagues at the VA, saying “John and Brenda were suspected of ‘having an affair because they were often seen ‘bumping’ into each other in the hospital.’”
She also wrote a letter to Spokane Police Chief Craig Meidl, accusing officers of not following up on multiple tips about a possible link between the two deaths. And Spokane County Sheriff's Office records show Suzan's private investigator told Spokane County detectives investigating the Thurman case that Brenda and John were "romantically involved."

So, the question remains: How did the Spokane Police Department investigate these tips?

The case files contain one mention of the rumors about John Marshall and Brenda Thurman being possible involved in a relationship. Records show detectives questioned friends, coworkers and family, but "found no evidence linking the two", or showing "that they even knew each other."

Spokane Police also looked into the possibility of suicide but noted in their reports, "no one believed he was depressed" and "never gave any indication he was considering taking his own life."

Detectives also explored the possibility that John somehow fell into the river, but noted "no injuries on Marshall’s body that would indicate falling down a hillside" or going over a railing.

Suzan believes there are simply too many coincidences for her husband’s death to be an accident.

“Certainly, too many circumstances to say, ‘We’re not going to investigate that’,” Suzan said.

Suzan also acknowledges her marriage with John had struggled at times, but she tells KREM the two of them had been planning a trip to Hawaii to celebrate both of their birthdays. They were scheduled to leave just one week after John's death.

“We had marriage counseling that Wednesday, between the two deaths …. He was lighter, he was happier, he couldn’t wait to go to Hawaii,” she said. “I don’t know what would have happened. We would have figured it out. People make mistakes, but we never got the chance. Anyone who’s married with young kids knows there are stresses. It doesn’t mean you get divorced over them, and it doesn’t mean you get killed."

The Spokane Police Department declined to comment for this story, saying it's waiting for the final case review from the Washington Attorney General’s office.

Suzan Marshall has set up a tipline for people who think they have information about the death of Dr. John Marshall. The number for the tipline is 509-768-9706.

Have a tip for our investigative team? Send us your tips to investigators@krem.com