KREM 2 obtained surveillance video of the shooting, the response following the incident and the report written by the Spokane County Prosecutor. 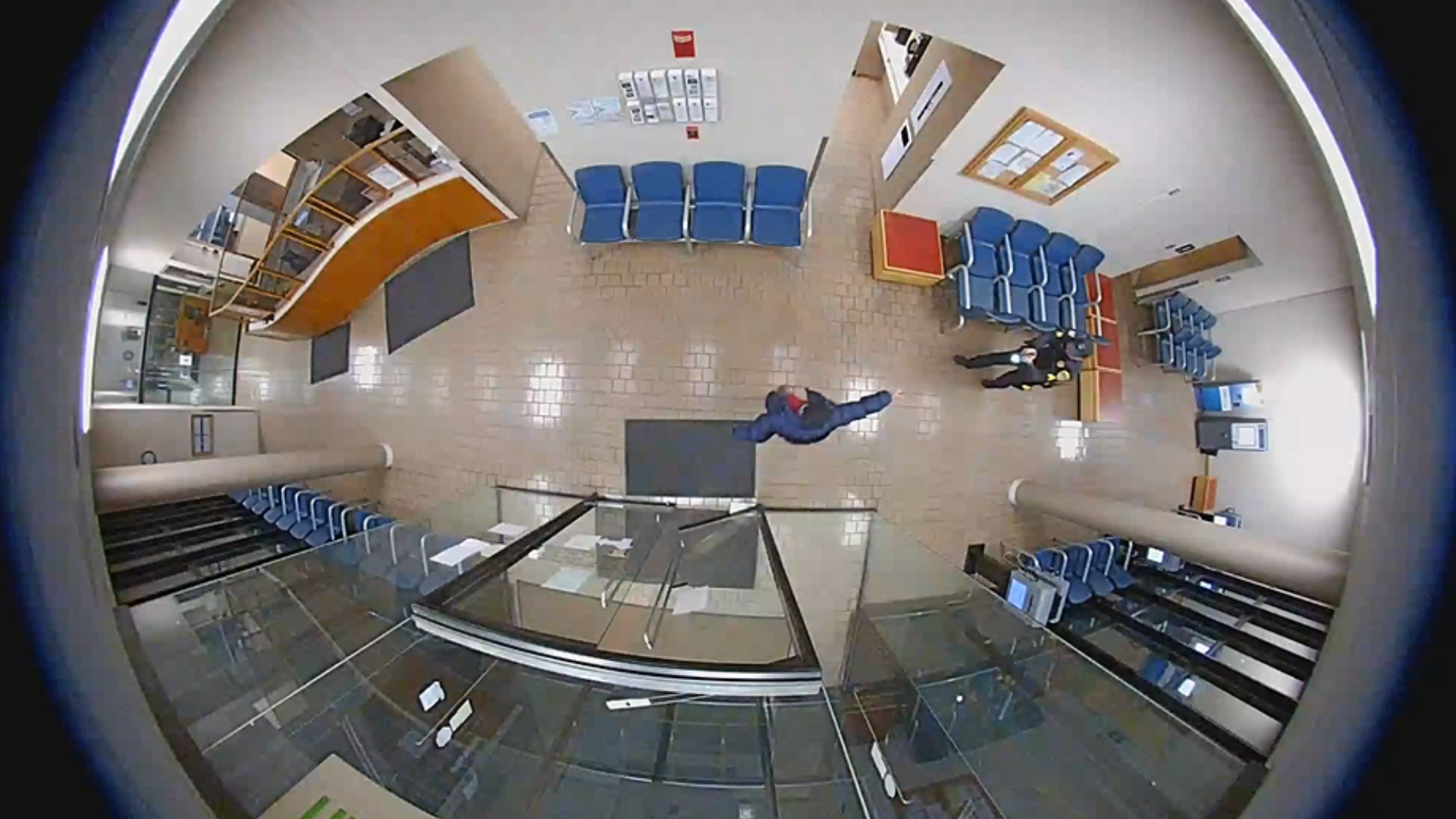 SPOKANE, Wash. -- New documents and video released by Spokane County Detention Services are giving new details into what lead up to the shooting death of a 70-year-old woman outside of the Spokane County Jail in December 2020.

Nancy King was shot and killed by Spokane County Detention Services Corrections Officer Sgt. Justin White after she pulled a knife on him while they were talking at the entrance to the jail lobby on Dec. 4, 2020. White was found to be justified in his use of force by the Spokane County Prosecutor’s Office.

In a public records request, KREM 2 obtained surveillance video of the shooting, the police response following the incident and the report that was written by Spokane County Prosecutor Larry Haskell more than three months after the shooting.

Both the video and Haskell’s report give insight into what King was doing before she went to the Spokane County Jail, how quickly the incident escalated and Sgt. White’s description of what happened.

RELATED: Prosecutor: Spokane police believed woman killed outside jail was having a mental heath issue prior to shooting

King’s movements before the shooting

Prior to the shooting, the report says King called in two bomb threats, one at Frontier Behavioral Health on East North Foothills Drive at 4:45 p.m. and the other at the Emergency Room at Deaconess Hospital at 6:50 p.m. Both phone calls were determined to be originated from a room at the Ramada Inn on East 3rd Avenue, where King was staying, according to the report.

When officers responded to King’s room, she refused to answer the door. Officers who responded said they learned King was contacted by the Spokane Police Department Behavioral Health Unit several weeks prior. They provided her a hotel room and had her talk to a counselor.

According to the report, officers believed there was a possible mental health issue. Spokane police requested a Designated Crisis Responder but the request was denied. DCRs are provided to the city through an agreement with Frontier Behavioral Health. When officers contacted the crisis line, officers were told they weren’t going to respond because they “did not believe her threats were credible, given the multiple threats in the past and the fact that was 70 years old and had no reasonable capacity to carry out her threats,” the report says.

“We did everything we could to get mental health involved but they refused to respond,” one officer said in the report.

KREM 2 reached out to Frontier for a comment late Tuesday afternoon but have not heard back. A Frontier spokesperson previously told KREM 2 they would not answer questions about the case or about DCR procedure in general, claiming “reasons of confidentiality.”

Crisis responders are separate from SPD’s Behavioral Health Unit and are a more advanced team provided by Frontier.

SPD could not speak on King’s case but the BHU sergeant said threats are called in frequently.

"It's not uncommon for individuals to call 911 multiple times a day with certain threats or reports of harm. Not often do they carry out their said threats," Spokane Police Sgt. Jay Kernkamp said.

Officers worked for an hour to contact King in her hotel room but she didn’t respond. While officers were still investigating the bomb threats at the Ramada Inn, a shots fired call came in over the radio.

According to the woman working the front desk, King was repeatedly asking to come inside and was told she couldn’t due to COVID restrictions. King then banged on the door and rang the buzzer repeatedly, according to the report.

The woman working the front desk called for an officer to come down and speak to her, the report says.

Surveillance video shows White going to the front door of the jail lobby and opening the door. Less than 30 seconds later, King had pulled a knife and White had fired three shots at her.

According to White’s account of the shooting, as detailed in Haskell’s report, King pulled the knife on him after he empathized with her over the COVID restrictions.

“It shocked and surprised me,” White wrote in the report.

White quickly backs up and fails to close the lobby door. King walks through the door and you can clearly see she’s holding something in her right hand and pointing it at White.

“Fearing for my life and knowing I could not back up much further due to the obstacles behind me, I fired my duty weapon at the woman. I could not tell whether the first shot hit her, but she continued moving toward me with the knife. I fired a second shot. I could not tell if the second shot hit her; again, she continued coming toward me with the knife. I fired a third time and almost immediately tripped over a table and fell backwards to the floor. I got up as quickly as I could, prepared to fire my weapon at her again if she were still approaching and threatening to attack me,” White wrote.

White said in the report that he told King to drop the knife at a minimum of twice and she had a ‘determined look on her face.’

About two minutes after the shooting, corrections officers begin life-saving measures but King died at the scene. A knife with a 3-4 inch blade was recovered from the scene, according to the report.

Following the shooting, several activist groups and King's nephew publicly questioned why deadly force was necessary. King was 70 years old and her nephew has stated she had struggled with mental illness in the past.

King's death received national attention with a report from The Washington Post published on Wednesday, Dec. 9.

The Human Rights Activist Coterie of Spokane wrote a letter on Saturday, Dec. 5 in response to the incident that reads in part, "There is no justification that can be given to validate this murder. Spokane County officers are equipped with stun guns and should be well-trained."

The letter is signed by Spokane NAACP President Kurtis Robinson, Dustin Jolly with Occupy Spokane, representatives from Spokane Community Against Racism (SCAR) and Liz More with the Peace and Justice Action League of Spokane, among others.

The letter expresses concerns about a "lack of proper procedure," as activists say the woman could have only reached the jail's front lobby after passing several checkpoints.

Activists also highlighted what they call a "lack of correct, timely or appropriate COVID-19 prevention and response" at corrections facilities in Spokane County.