The system was overhauled in a messy political battle last year. Nearly 10 months in, administration has changed, but fixes to the call system are still months out. 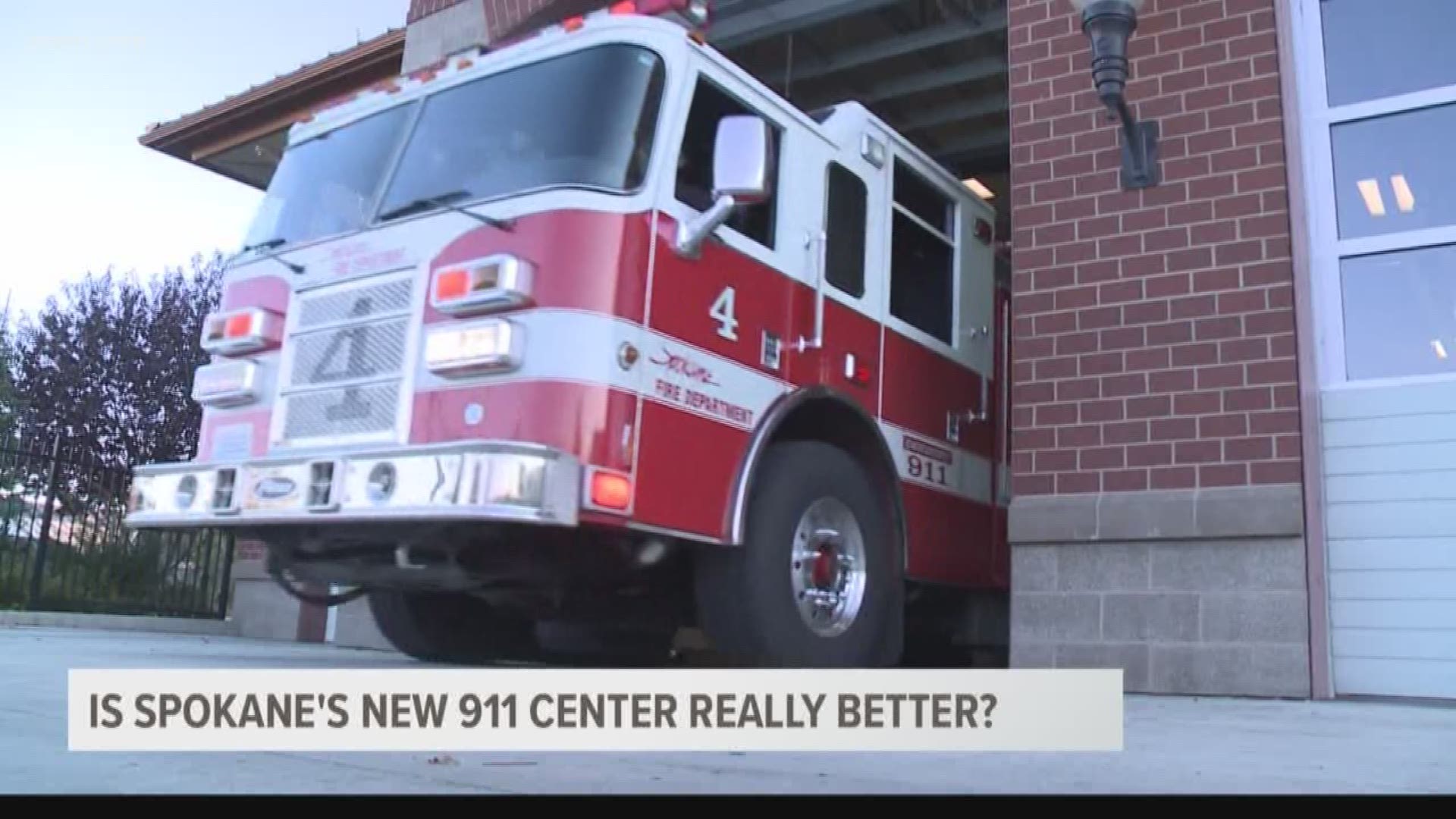 SPOKANE COUNTY, Wash. — For any 911 call center, every second counts.

A speedy response could be the difference between life and death. And with most of the country in a state of emergency, first responders are more critical now than ever.

In Spokane County, that responsibility currently falls to an organization called Spokane Regional Emergency Communications, or SREC. Within city limits, it falls to the Combined Communications Center, or CCC.

Neither entity is currently tracking how long it take between when someone calls 911 and when help actually arrives.

The various police and fire departments in the Spokane area have shared a 911 system since the early 90s. That’s the CCC.

But for years, many Spokane leaders felt the system could be faster and more efficient.

The Condon administration, with guidance from 911 consultant Steve Reinke, pushed for the completely revamped system. They wanted it online by July 1, 2019.

Others saw nothing wrong with the old system, or at least wanted more information from SREC’s supporters about exactly why the new system would be better.

RELATED: Impacts of recreational marijuana in Washington: Your questions answered

“We didn’t get any of our questions answered for over a year,” said current Spokane City Council President Breean Beggs.

“There was just a lot of darkness around it,” said Tim Archer, president of the union that represents CCC dispatchers. “The whole thing smelled rotten.”

Despite the concerns raised – primarily by the union and the council – the administration pushed on, and SREC launched on schedule.

The Spokane City Council, frustrated with the process, voted to refuse to allow the city to join the new organization. So the CCC was kept alive; two entities operating in one building and helping each other if one got overloaded with calls.

The mayor then made the controversial move to lay off several CCC staff. SREC then offered those same staff new jobs. Most took the offer, but not all.

“It was a stressful time. There was a lot of unknowns,” said Melanie Hall, one of the dispatchers who moved to SREC.

The transition was not a clean one. Both CCC and SREC were understaffed for months.

“We had a very busy summer,” said Masjoan, who did not move to SREC. “There was a lot of overworking.”

“It was horrible for the people that were in the middle of it,” said Spokane Fire Chief Brian Schaeffer.

They layoffs were called “sabotage” and “union-busting” by members of city council and the firefighters union.

But the transition went through. Both SREC and the CCC eventually hired more staff – SREC’s current Executive Director Lori Markham says the organization’s ability to hire and retain dispatchers has been one of its strengths.

Calls are still handled the same

One of the foremost arguments for the creation of SREC was that the new system would handle 911 calls more efficiently. 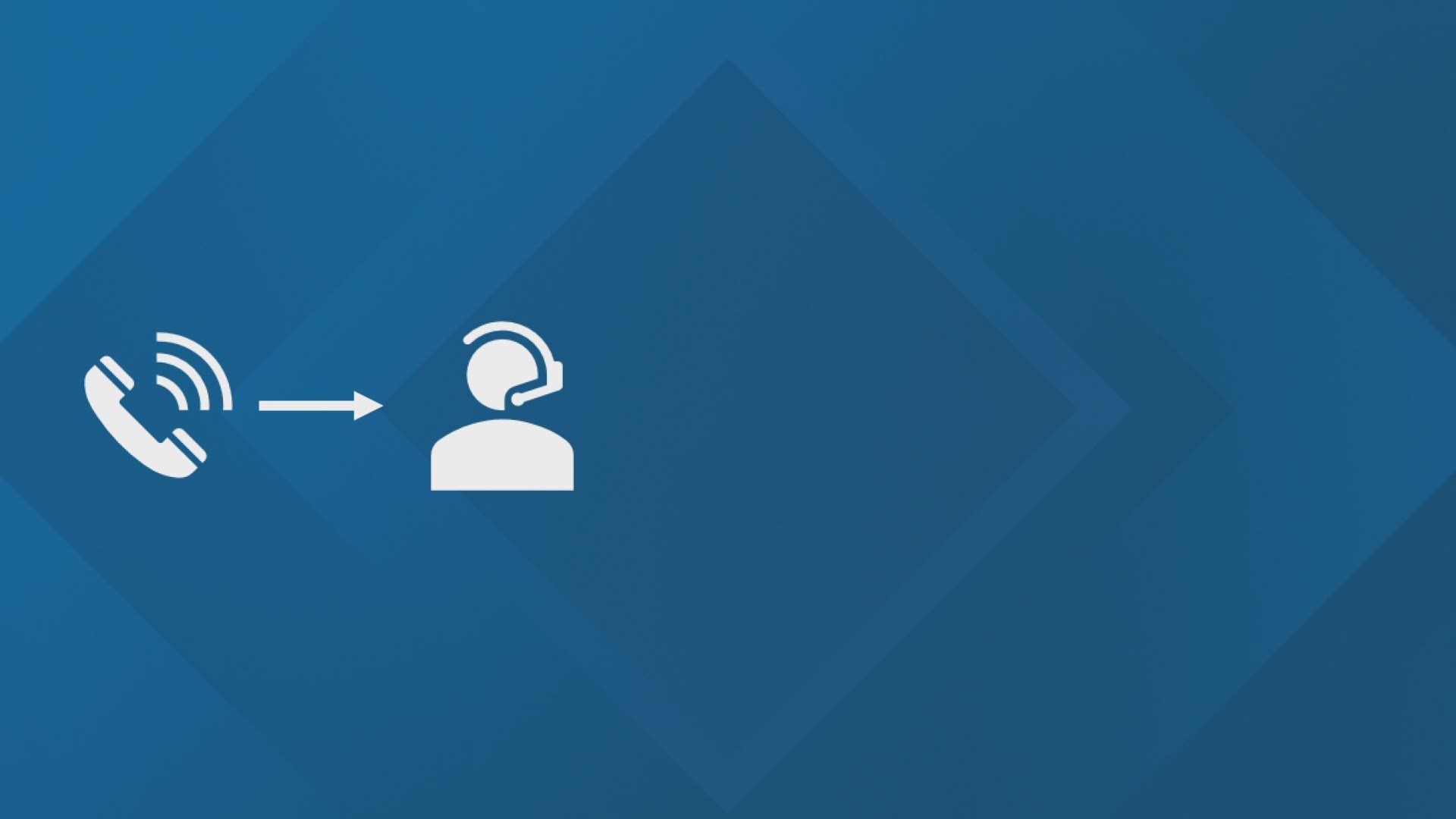 The issue is that for many people, getting transferred and having to sometimes repeat information – in usually one of the most stressful moments of their lives – can be beyond frustrating.

“I know if I called 911, I wouldn’t want to have to explain myself, give my address twice, give my phone number twice,” said Hall.

SREC was designed to change that. Under the new system, the 911 call receiver would be the only person talking to the caller. They’d handle the call from start to finish, and although some argue asking one person to do all that is stretching them too thin, it’s the concept behind SREC’s promised efficiency gains.

But, as of right now, that change has not been made.

“Nothing has changed really yet on the call end or on the dispatching,” said Markham.

“There isn’t a lot of difference, not a lot has changed,” said Kim Arredondo, SREC’s deputy director who oversees much of the day-to-day operations.

“As far as the job, it hasn’t changed much besides basically what I wear to work,” said Hall.

“Nothing has changed, at all,” said Schaeffer.

Response times: Have they improved?

So far, there hasn’t really been any change there, either.

“Everything’s been, from a level of service standpoint, pretty steady,” said Schaeffer, who noted service remained steady even during the staffing shortages of last summer.

In fact, SREC has yet to address one of the most fundamental problems with the old system: there’s no reliable way of even tracking response times.

In many American cities, response times are a commonly used metric. It tells leaders, citizens and first responders just how long it usually takes, in total, from when someone calls 911 until when someone arrives to help them.

But in Spokane, that figure has never really existed. Here’s why.

Remember that transfer from the person who picks up the call to the actual dispatcher? Well, the system records how long it takes the call receiver to take the call, speak with the caller, and make that transfer.

Then, it records how long it takes from when the dispatcher takes over the call until when help arrives.

But the two numbers aren’t logged as part of a whole call. They’re stored separately, getting mixed in with the numbers from all the other calls.

Meaning, there’s no way for the computer to track the total response time for each call. 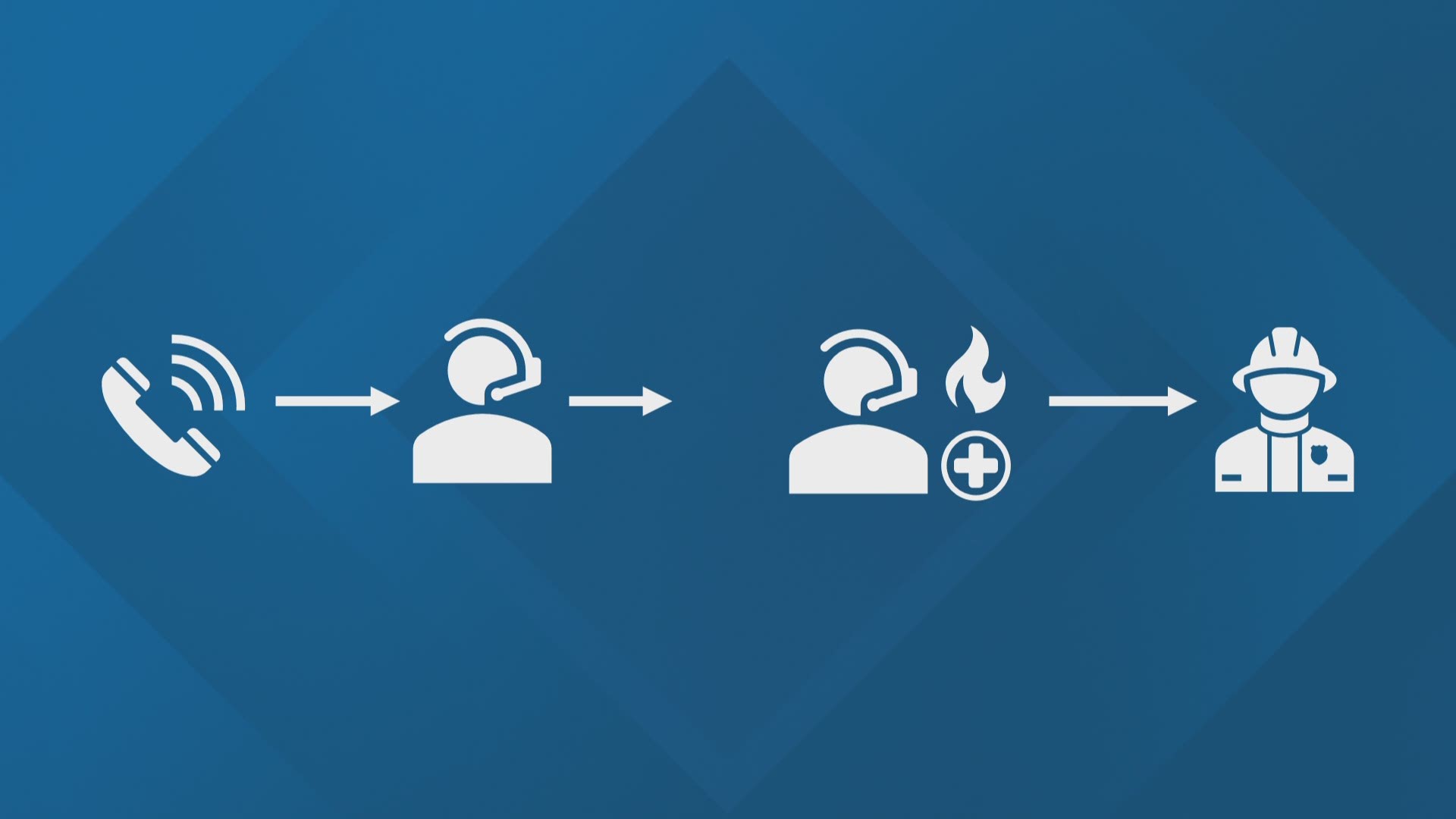 “It can be done, but it is hours upon hours of work of trying to figure out what the disparities will be and who actually matches what,” said Markham.

It’s a bizarre problem, one SREC was designed to fix. But so far, it hasn’t.

Asked how such a promise could be made given that neither the old system nor new system even record response times, Markham said, “That number, it’s not a specific number. It’s not a guarantee … I would venture a guess it could be anywhere from 30 to 90 seconds of time saving per call.”

Other benefits to consolidation

SREC also sold itself as a way for participating organizations to save money.

So far, those cost savings don’t seem to have materialized.

“They haven’t so far,” said Beggs. “If you talk to the fire districts that went under the SREC system, they’re still paying amount that they paid when the city did the dispatch for them.”

Markham also acknowledged that cost savings are something that would probably have to come further down the road.

One area that SREC says it has improved is administrative efficiency, or reducing the number of people who have to OK big decisions.

Of course, that’s complicated by the fact that the CCC still exists, serving the City of Spokane, and is not underneath that streamlined administration.

Markham also says there are benefits for staff; namely, better job mobility. Receivers and dispatchers can try out different assignments without having to actually quit their job and be re-hired.

When changes will come

Nearly ten months into SREC’s existence, and after months of grief beforehand, little has changed in terms of how Spokane handles its 911 calls. Why is that?

“We haven’t had a chance to make the changes we want to make just yet,” said Markham. “It’s not a simple process, it takes a little while.”

SREC expects those changes to arrive this summer. Initially the hope was June, but due to the coronavirus pandemic, the timeline has been pushed back a bit.

That’s when they’ll get new technology and develop new training programs that would allow the efficiency gains that were promised. Asked why SREC was created before the technology and training were available, Markham said the administrative efficiencies were needed first to allow those things to happen.

“A lot the obstacles that we would run into in our previous setup of the system [were] that when you have four different agencies governed by four different groups, it was often hard to get them to work together and communicate and change their rules and their process,” she said. “We don’t have that anymore.”

To some people, that sounds like a fair argument. Schaeffer said it would be “armchair quarterbacking” to suggest SREC jumped the gun.

To others, especially those skeptical about the change from the beginning, it’s more or less what they feared.

“It was simply a lack of diligence and a lack of responsible planning,” said Archer.

Under the new mayor – who declined a request for an interview – and city council, the future of SREC hasn’t changed much. Both SREC and the CCC continue to operate simultaneously, and there doesn’t appear to be much movement towards further integration.

But many stakeholders have indicated the current government has been more open and communicative than those of prior years, and are hopeful productive solutions will be reached.