'It felt like a victory': Woodinville man gets $3,100 in robocall revenge

Steve Baus struck back at telemarketers who jammed his cell phone by making them pay – literally. 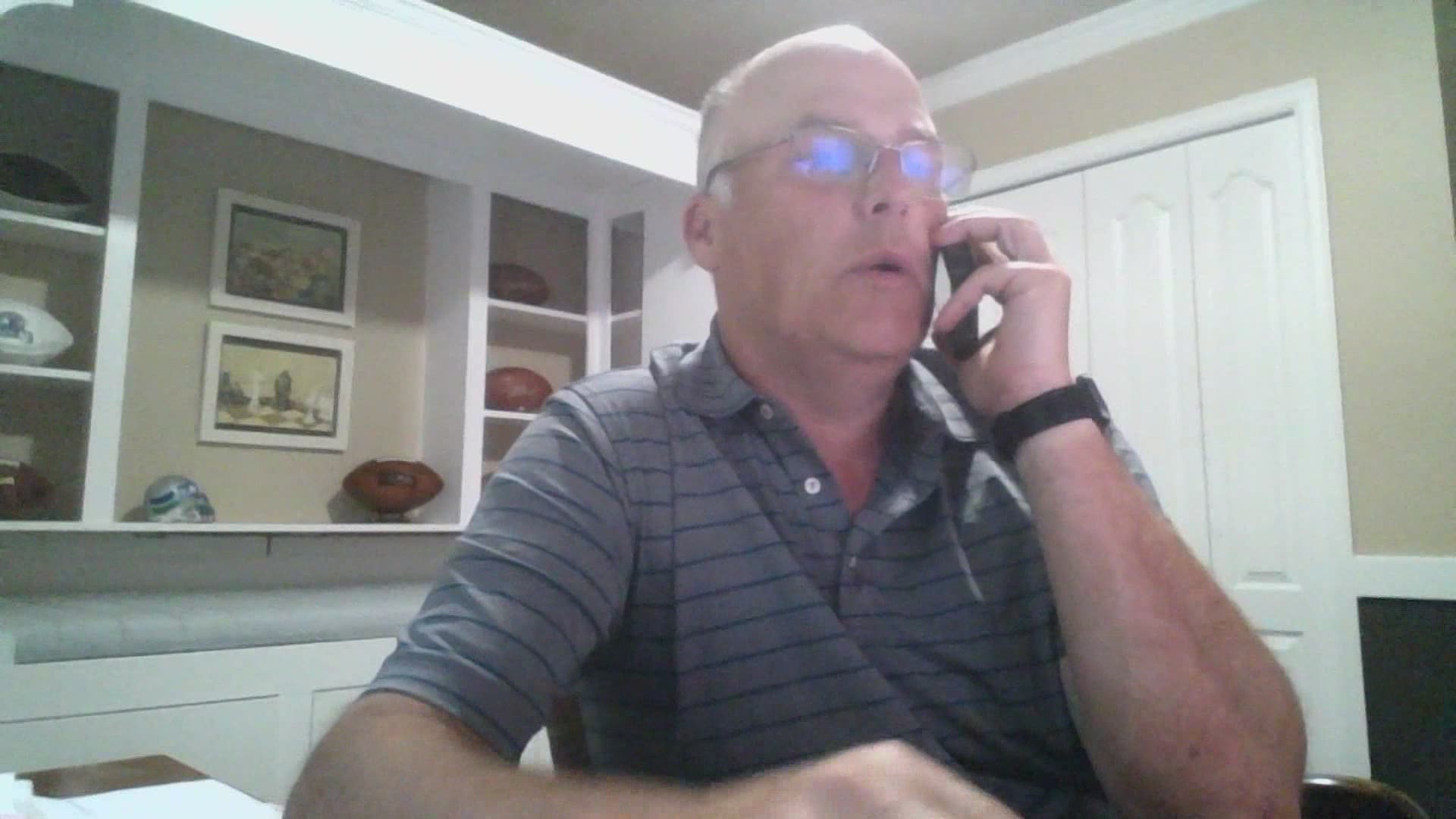 WOODINVILLE, Wash. — Steve Baus is happy with his golf game these days, and it is not just because of his score.

Every whack of the ball feels like a strike against the robocallers who have tormented him for years.

“A lot of the guys I play with will remind me about the fact that some guy in Pakistan paid for these clubs,” said Baus, with a smile as he stepped up to tee on the fourth hole at Bear Creek Country Club in Woodinville.

Baus was referring to the three settlement checks he received since December after he decided to turn the tables on telemarketers jamming up his cell phone and make them pay him. Baus is playing with TaylorMade clubs he bought with $3,100 in settlement money from telemarketers he accused of violating a federal law prohibiting unwanted, automated phone calls.

“It felt like a victory for the good guys, I guess,” Baus said of the money he received.

Baus is one of a growing number of private citizens who are taking matters into their own hands, fed up with the government’s weak and ineffective enforcement against telemarketers who violate federal law.

The Telephone Consumer Protection Act of 1991 (TCPA) allows penalties of $500 for each violation - $1,500 for willful violations - each time a company violates the national “Do Not Call” registry, uses automatic dialing systems, or pre-recorded messages in an illegal manner.

The federal government uses the law to target harassing telemarketers in rare cases. But more importantly, the TCPA allows citizens to file lawsuits against telemarketers who may make tens of thousands of automated calls on any given day.

“They're abusing a system… and we're putting the power back into the hands of the people who actually have the time and the will to enforce the laws as Congress intended,” said Doc Compton, a Texas-based credit expert who sold Baus a $47 online kit on how to make money off the calls.

Compton’s system is part of a network of private citizens and law practices that use a similar strategy under the TCPA.

The first step is often the most difficult one:  Trying to identify the company that is behind the call.

Baus, who owns a software company, may spend hours of his day on the phone with telemarketers attempting to draw out that information. In one case, he bought a refundable car warranty just to get the contact information of a company that called his phone repeatedly.

RELATED: Robocalls in Washington state traced back to inmates in Florida

“You buy the policy and you get the contact information of the marketing company,” explained Baus. “Then you have clear-cut evidence that it’s them.”

With that information in hand, it’s time for step two. Baus sent a legal “demand letter” to the company containing specific information about the dates and times they called his phone, citing the violations of the TCPA.

The letter offers to settle the case, usually for $1,250, or the telemarketer may face a lawsuit.

“It’s the cost of doing business for them,” said Baus, of the companies that decide to settle. “It’s just an advertising expense for them.”

But not all the violators are from shady companies that are based overseas.

Baus’s biggest payday came from Ziply Fiber, a major Northwest internet service provider that called him one day earlier this year with a pre-recorded message. He sent a demand letter to a Ziply executive explaining the call violated the TCPA and the company agreed to settle with him for $1,250.

“I thought that was the most money I’ve made in about 40 minutes in my life,” Baus chuckled.

Compton and Baus said the key to success is picking the right targets.

Pure scammers, like those claiming to be federal agents who will arrest you if you don’t send them money, are hard to find and would never settle. But many semi-legitimate companies that are based in the U.S. have robocall programs.

“Those are the ones you can go after,” explained Baus.

Ziply Fiber said the robocalls have stopped. A spokesperson blamed “…a subcontractor that did, in fact, make the robocall,” adding, “We immediately shut down their program.”

But not before Baus got his money.