Robocalls in Washington state traced back to inmates in Florida

An investigation uncovered there are at least two dozen Florida prisoners on “work release” who are listed in a state registry of telemarketers. 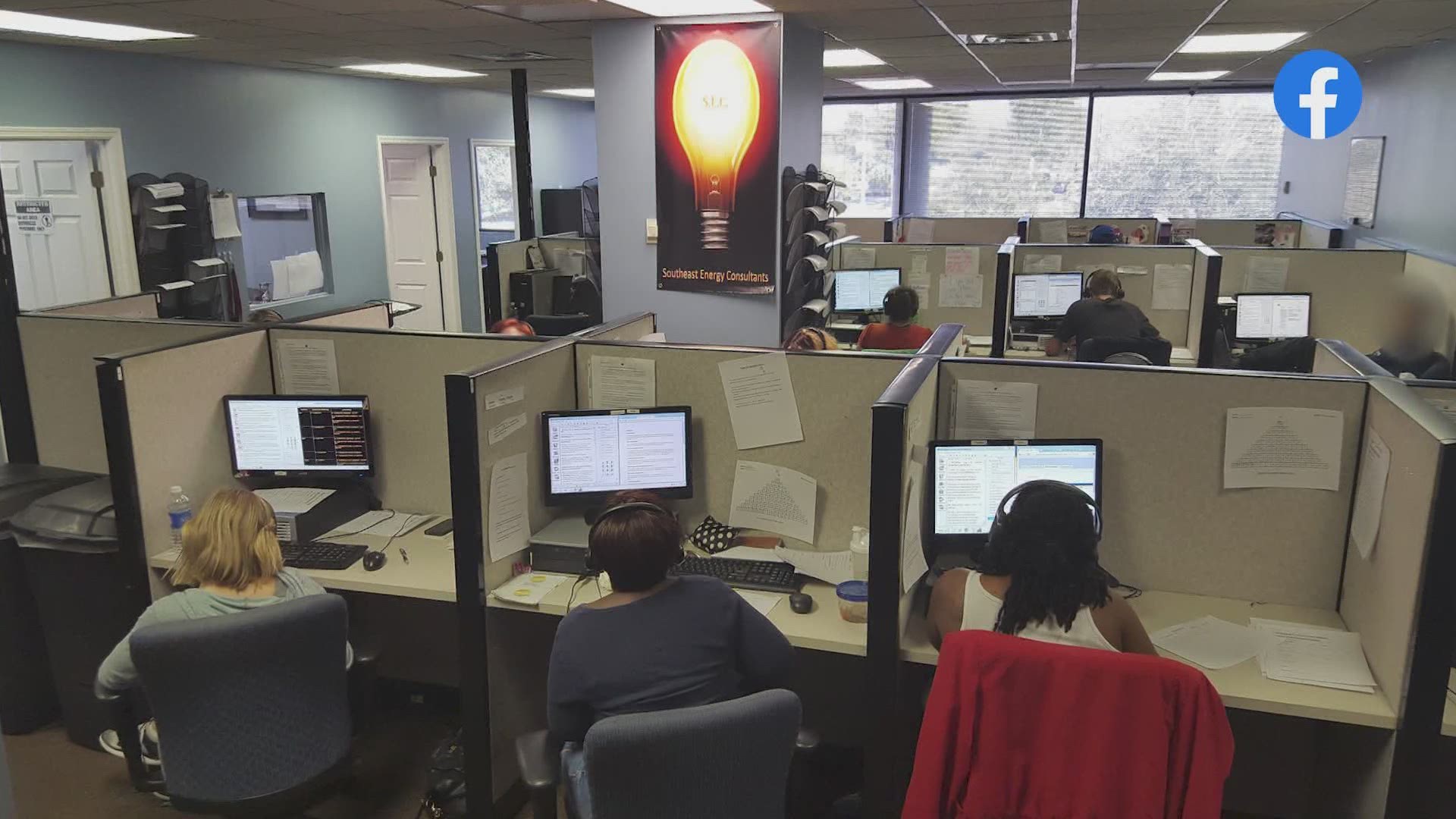 The KING 5 Investigators traced a robocall that reporter Chris Ingalls received on his cellphone in January back to a telemarketing call center in St. Petersburg, Florida.

The investigation uncovered the caller was a Florida prison inmate who is one of at least two dozen prisoners on “work release” who are listed in a state registry of telemarketers in Florida state.

The findings are a glaring example of the murky world of telemarketing and robocalls, which have increased dramatically on phones in Washington state, according to the robocall tracking index YouMail.

Robocalls, often computer-dialed live or recorded calls, are a constant source of irritation to the people who receive them.

The Florida telemarketing firm that dialed KING 5 in January has racked up complaints across the country.

The company is called Southeast Energy Consultants and it has “compliant alerts” on file with the Better Business Bureau for harassing phone calls and for violating “do not call” requests from consumers.  Southeast Energy, and the companies which it provides marketing services, have 610 complaints on file since January 2020 with the California Public Utilities Commission.

“They really started getting more and more aggressive,” said California businessman Mark Santos, who filed a complaint with the BBB.  He said Southeast Energy ignored his repeated requests to stop calling his office.

The KING 5 investigation revealed an obvious truth about robocalls:  You never who is on the other end of the line.

“Sometimes there are nefarious characters in these boiler rooms.  They may be just out of drug rehab.  They may be ex-prisoners,” said Doug Shadel, the director of AARP Washington and a former fraud investigator for the Washington state Attorney General’s Office.

He said telemarketers are desperate to hire anyone who is willing to stick to the script and work the phones for low pay.

Ingalls received a robocall in January during which the caller identified himself as “Corey” and said his company offered “flat rate” energy pricing on customer’s utility gas bills.

Corey said he was calling on behalf of a company called SFE Energy, that offered a $29.99 flat rate on a monthly bill regardless of how much gas the customer used.

Ingalls was skeptical and asked Corey to call him back when he was off work.

That subsequent call led to the discovery that Corey is an inmate in the Florida prison system who is released from the St. Petersburg Work Release Center Monday through Friday to work the call center at Southeast Energy’s St. Petersburg office.

Documents from the State of Florida, which requires telemarketers are registered with the Department of Agriculture, shows there are at least two dozen inmates at the St. Petersburg work release center who are registered telemarketers, including Corey.

Santos wonders why the Florida Department of Corrections would allow inmates, who are preparing to return to society, to hold jobs where they harass and deceive customers that they call from telemarketing boiler rooms.

“That’s really sad.  I feel like they’re being set up for failure,” Santos said.

The Florida Department of Corrections declined requests for on-camera interviews from KING 5 and its sister-station, WTSP in Tampa.

“Anytime the department receives information of alleged misconduct or unlawful practices by an employer being utilized by a Community Release Center, actions are initiated to ensure that employment with the company is still a viable option for the department,” said DOC spokesperson Michelle Glady in an email.

She would not provide any specifics about whether the DOC had reviewed Southeast Energy’s practices or its complaint history.

Many telemarketers operate in a legally gray area.

Except in certain circumstances, businesses that do not have your permission are not allowed to call you, per the Telephone Consumer Protection Act. They are also required to honor the federal Do Not Call registry.

According to complaints, Southeast Energy has been violating both those laws.

Former employee Christine Lannom of Tampa said the company uses a computer automated device to dial thousands of numbers per day. When the call is answered and a live person is on the line, the computer forwards the call to a Southeast Energy worker, who is ready with a sales pitch.

“I got cursed at a lot. I got hung up on a lot,” said Lannom, who left Southeast Energy Consultants recently because of the stress contacting 200-300 angry people per day.

“Southeast Energy Consultants has proudly provided telemarketing services for numerous clients since 2009.  We have always complied in accordance to all local, state and federal laws pertaining to our industry, including robocalls and do no call, and take them very seriously,” the owners wrote in an email.

Florida has a reputation as a hotbed for robocall operations and instituted the state registry to crack down on illegal telemarketing operations. But the agency that regulates the industry appeared surprised by the use of prison inmates when interviewed by WTSP TV in Tampa.

“I’m not aware of that.  If you guys give us any instances of that ,,,  Like I say, we do background checks,” said Richard Kimsey, the director of Consumer Services at the Florida Department of Agriculture. His office is investigating.

SFE Energy, which uses Southeast Energy Consultants to pitch its energy-related services, deferred to Southeast for a response when contacted by a reporter.

“Due to contractual obligations we cannot provide you with further information,” Chief Privacy Officer Jeff Donnelly wrote in an email to WTSP.

Experts say they are several things you can do to stop the bulk of robocalls that come to your phone.

All this week, KING 5 and sister stations that are part of the Tegna television network, are airing a series of stories called “Stop the Calls.” See our complete coverage at king5.com/robocalls.

Cutting down on telemarketer calls

Here’s something you can do right now to cut down the number of telemarketers calling your phone:

Register to place your phone numbers on the Federal Trade Commission’s “Do Not Call List."

Scammers will ignore the restrictions on the list. But many telemarketers will honor it. Registering will keep at least some of those calls from coming to your phone.