The state legislature provided enough funding to keep the target completion date for the long-awaited project in 2029. 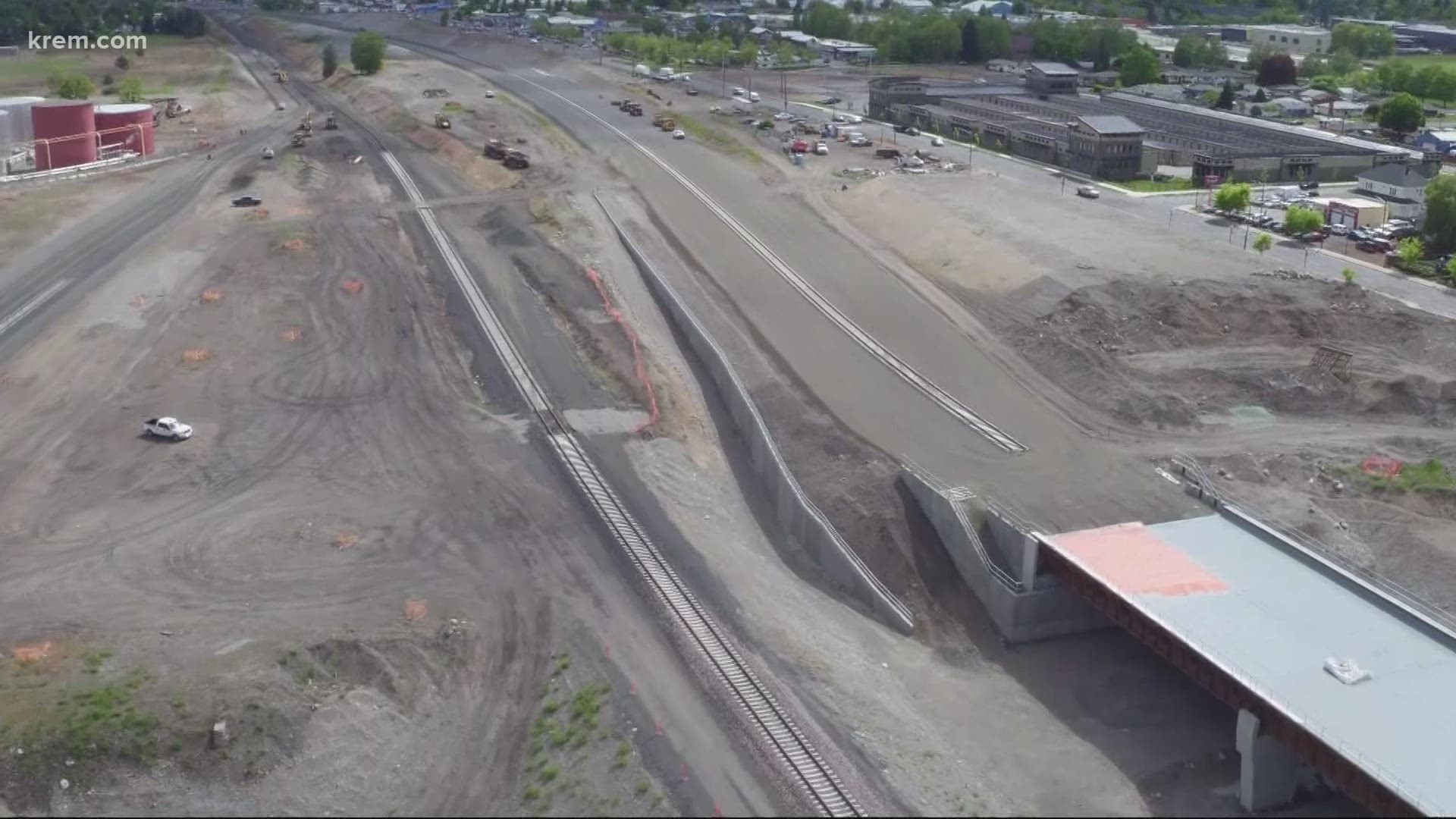 SPOKANE, Wash. — Spokane has wanted a North-South Freeway since the 1940s, and as the region continues to boom, demand for it has only grown.

Right now, residents can finally see physical construction of what the Washington State Department of Transportation (WSDOT) has dubbed the North Spokane Corridor project throughout Northeast Spokane. To some drivers, of course, the closed roads and detours are an annoyance. But to many others, it’s a sign of long-awaited progress.

"I’m just glad that they’re trying, that they’re going in that direction. And I don’t want to see anything stop or delay it, funding or anything else," Sherri Davey, owner of Heavenly Special Teas in Hillyard, said. "We’re growing so fast. We’re going to have commuters. And we don’t need the congestion in downtown, we don’t need the congestion going through Spokane. We need a freeway. So it’s about time is all I can say, and I wish they would hurry!”

So exactly what is the status of this massive project? Put simply: it's still mostly on track but there remains a long way to go.

“Our agency was on furloughs," WSDOT Regional Administrator Mike Gribner said. "We were restricted on how much we could contract for external engineering work. We had people who were sick with COVID, who were out.”

“I mean, it's a tough year for transportation," State Rep. Mike Volz (R-Spokane) said. "There's a lot of revenue pitfalls and challenges that we're going to be facing not only this year, but into the future, because people have been driving less and a lot of the revenue comes from the gas tax to fund this.”

As a result, the timeline has been pushed back a bit. Completion of the freeway is now expected in late 2029, rather than early 2029.

Headed into the legislative session, some hoped for a revenue boost that could help make up that lost time, and maybe even speed up the timeline.

“I’m certainly interested in a plan to accelerate the North Spokane Corridor by upwards of a number of years, and actually save money," State Rep. Marcus Riccelli (D-Spokane) said. "To do that we have to accelerate our cash flow.”

But it wasn’t in the cards this year; instead, the legislature simply kept the funding levels the same. But considering the budget deficit caused by the pandemic, most of the people involved consider that a success.

“This was a kind of a keep the lights on, not go backward type budget," Riccelli said. “When you’re talking about $194 million in the next two years for the North Spokane Corridor, I think that was hugely important, and so I think we fared really well.”

“I think we did do well for the region," Volz said.

“It’s not the outcome we were hoping for, but it’s not a horrible outcome," Gribner said. "It could’ve been so much worse.”

1 / 12
WSDOT
Aerial view of construction at the Wandermere Bridge where the bridge piers and caps had been poured and formed and the girders that span between each pier were being placed.

But even though the legislative session is over, conversations about transportation are continuing amongst lawmakers. Many Democrats want a new revenue package to fund additional projects.

“And the other big piece is we put people back to work. That’s hard hats and helmets. And in a time of pandemic, that’s good infrastructure jobs," Riccelli said.

Such projects could include adjustments to the corridor project to reduce its impact on the East Central neighborhood, which has a history of being harmed by freeway construction; it was split in half by I-90 when it was built.

“We are still considering how to reduce the overall impact on the East Central neighborhood," Gribner said. "And so we are very early in a conversation about making the footprint of the connection smaller.”

A new transportation package would likely be funded by a gas tax increase and there’s speculation that Governor Jay Inslee could call a special session to get such a plan passed. But there’s a big X-factor first: what sort of money might be available if President Joe Biden’s own infrastructure plan passes.

“I do not believe we’ll come back to special session unless there’s a broadly agreed to package, and I do think some of that will rest on if there’s an infrastructure package moving at the federal level," Riccelli said.

There’s also some natural hesitancy from lawmakers about the idea of raising the gas tax.

“Those are particularly punitive.... very regressive [taxes], because the low-income people who drive 10 miles a day in a car that gets half the gas mileage of a new one, get hit far, far harder than the people with a little bit more income," Volz said. "It gets expensive real quick, and I think most people have already noticed that that fuel prices are going up anyway.”

Until then, work continues in Northeast Spokane. The BNSF railroad realignment that's made up the bulk of visible construction in Hillyard is expected to wrap up by the end of the summer.

Also this summer, they’ll start extending the freeway from its current terminal near Francis all the way down to the Spokane River, though we’re not sure yet when that section will be drivable.

That work will include a new interchange at Wellesley, which is targeted for reopening next year.

There’s also work currently being done as far south as Euclid, in preparation for an overpass to make the southward extension possible.

On the other side of the river, construction on an elevated portion of the freeway that will go over the parking lot of Spokane Community College will also begin this summer.

After this year, the remainder of the project will focus on a bridge over the Spokane River, and an eventual interchange with I-90. But it will be the better part of a decade before all that is completed and drivable.