Impacts of recreational marijuana in Washington: Your questions answered

We are answering viewers' follow-up questions to a piece where we dug into data about whether Washington is better off after marijuana legalization. 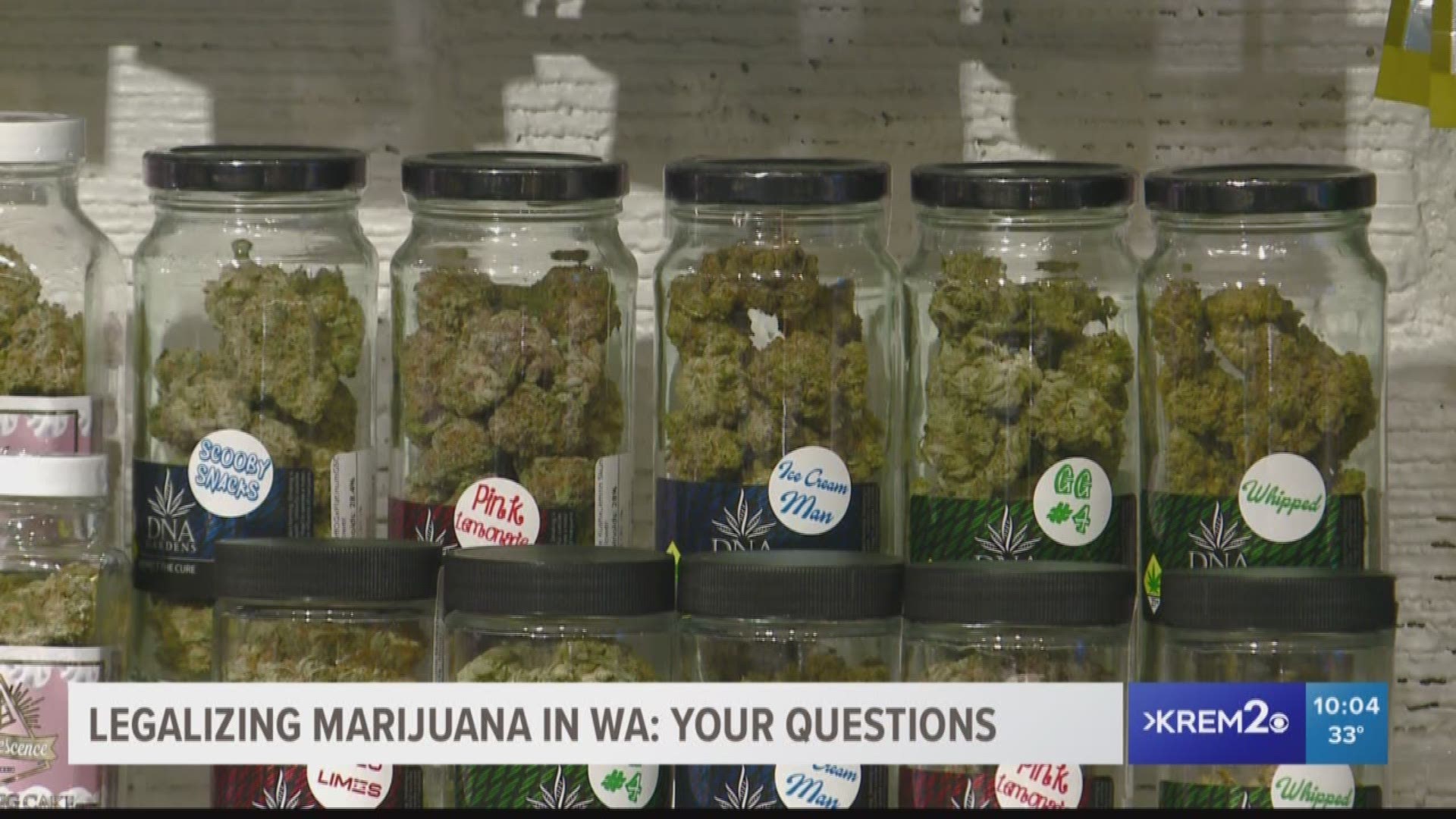 SPOKANE, Wash. — On Monday, KREM spoke with experts and dug into the data about whether or not Washington is better off for having legalized recreational marijuana.

Some of our viewers had follow-up questions to the piece and there were areas we were unable to include in the original report. Now, we are taking a look at those areas and answering those questions.

The report discussed in detail the expansive market for legal weed in Washington.

"We've taken this illicit market out of the darkness and into the light, where it can be properly regulated," said one marijuana shop owner, Stacey Peterson.

But what about that illicit market? Is it still going strong?

Peterson says if it is, it doesn't seem to be affecting her business at any of the three Apex Cannabis locations she runs with her husband.

"I don't hear a lot about the illicit market, because my focus is all on this regulated market," she said.

But the black market is still noticeable to Spokane County Sheriff Ozzie Knezovich. He also says he has heard from different shop owners about the problem.

"The illegal marijuana trade is alive and well, stronger than it's ever been, and the reason the retailers are upset is that it's cutting into their profit margin," Knezovich said.

He says no matter how easy to access legal weed is, illegal dealers can always undercut prices.

"It's always going to be a cost-benefit," Knezovich said. "Illegal marijuana's cheaper."

That would frustrate one of the big promises of legalization: it would help kill off the black market.

But it's hard to determine what the actual statistical effect on that market has been since there's not much reliable data on its size.

One KREM viewer asked a question about how much money the state has to spend to run the industry.

They pointed out that "the revenue breakdown you provided did not include the costs of administration, inspection, and regulation."

That's a good point, so here's why we didn't include it.

Expenses do not leave much of a dent in the amount of revenue taken in by the state, nor have expenses changed much over the years.

Second, the data on expenses incorporates both the cost of regulating marijuana and alcohol. The state Liquor and Cannabis Board doesn't separate the two in their reporting.

But in the one year pre-legalization and post-privatization of liquor, expenses were pretty similar to what they were after legalization, meaning the cost of regulating marijuana does not appear to be a significant additional burden.

Finally, we got a comment saying that there are studies that show marijuana use can have negative long-term health impacts, specifically regarding heart health.

Here's the thing, though. A few studies is far from a consensus. Studies, in fact, often conflict with one another, particularly health studies. Responsible reporting on health issues would be consensus-driven.

To that end, there's almost no consensus that marijuana has much effect on a myriad of long-term medical conditions, according to research compiled by both the Centers for Disease Control and the National Institute on Drug Abuse.

There is a notable exception, and that is that a consensus does suggest there are negative long-term impacts on the brain health and development of children and teens who use marijuana.

However, as the data in our original report showed, there has not been any measurable increase in youth consumption of marijuana since legalization.