'At the mercy of the land': Lack of insurance, fire district protection hurts some Okanogan Co. residents

Some of those who live on Palmer Mountain are unable to afford fire insurance, and live in an area not covered by any fire districts. 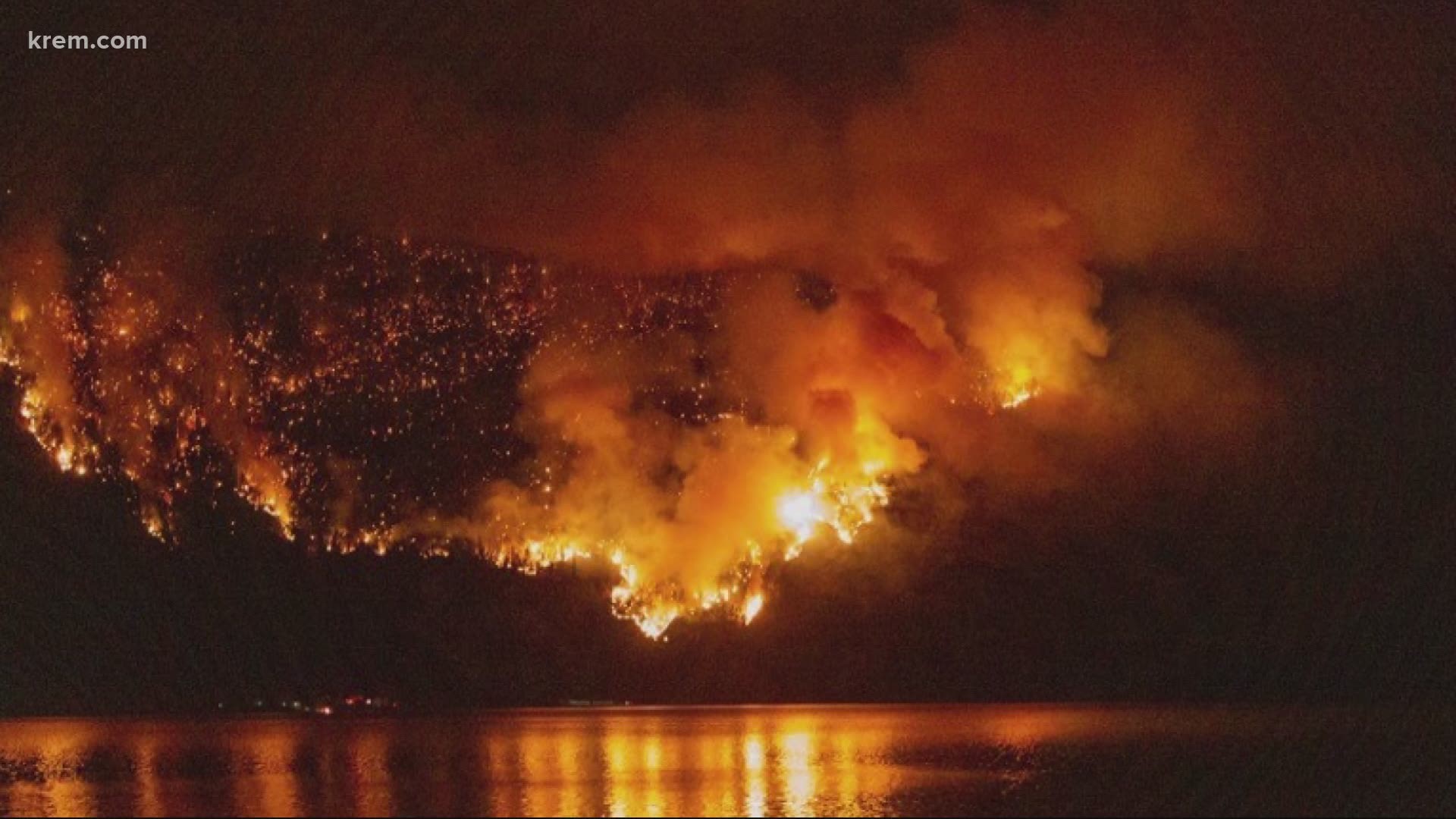 As of September 1, it is still actively burning in some places, but fire crews said they have it completely surrounded, and they're confident their lines will hold.

At the fire's peak, more than 36 structures were lost, including some homes.

Some families hit the hardest lived on Palmer Mountain in small cabins or campers without electricity or running water.

For many of them, insurance to protect what little they had simply wasn't an option.

"Everybody wants a piece of the pie," said Colleen Hollingshead, who has lived on Palmer mountain for more than a decade. "You want your own land, you want your own space. So, people have the idea that the land is affordable up here, and it is. But we're kind of at the mercy of the land."

In many ways, Colleen said she's considered herself one of the lucky ones. Her home half-way up the mountain is still standing.

Others, though, were not so fortunate.

Robert Phillips has called Palmer Mountain home since 2014. He told KREM he lost everything in the Palmer fire, including his 12 x 16 cabin, and all of the timber on his 20 acres of land. He'd been hoping to sell the timber and expand his cabin.

"It's all burned to the ground," he said.

Palmer Mountain is one of the many parts of Okanogan County that is unincorporated and unprotected. That means it is not part of any local fire district.

So, when a fire breaks out, help may not be on the way, at least not right away.

"There are lots of areas in the state of Washington where a fire district does not provide fire protection," said Steve Harris with Washington's Department of Natural Resources. "Unfortunately, there are often times homes built in those areas."

Harris said it often comes down to resources.

"If the roads are poor, there's poor access, poor water, then a fire district may say, we can't provide adequate coverage," he said.

And on top of all of that, homeowner's insurance isn't always an option.

"If you can get insurance, you can't afford it. And then some of them don't even offer it," says Hollingshead. "No one wants to lose what you've worked so hard for all your life. It's the last thing you have."

Phillips told KREM he looked into insurance years ago, but it was simply unaffordable. Now, he said he's lost everything.

"That's my home. It's all I've got. I've got nowhere else to go," Phillips said.

Harris said Washington DNR would like to see more unincorporated areas become part of a fire district . But he knows, for some, living outside of the lines may ultimately leave them empty handed.

The Tonasket/Oroville Disaster Relief Team, along with the victims, need help in the way of donations.

Supplies that are immediately needed include:

The relief team is located at the Community Cultural Center of Tonasket at 411 South Western Avenue in Tonasket. Those wishing to reach the disaster center can call Stacy Storm at 509-486-1328.

Have a tip for our investigative team? Email us at investigators@krem.com