Northwest Specialty Hospital in Post Falls had the highest number of employees ever in 2019. Not all those workers necessarily hung around for long. 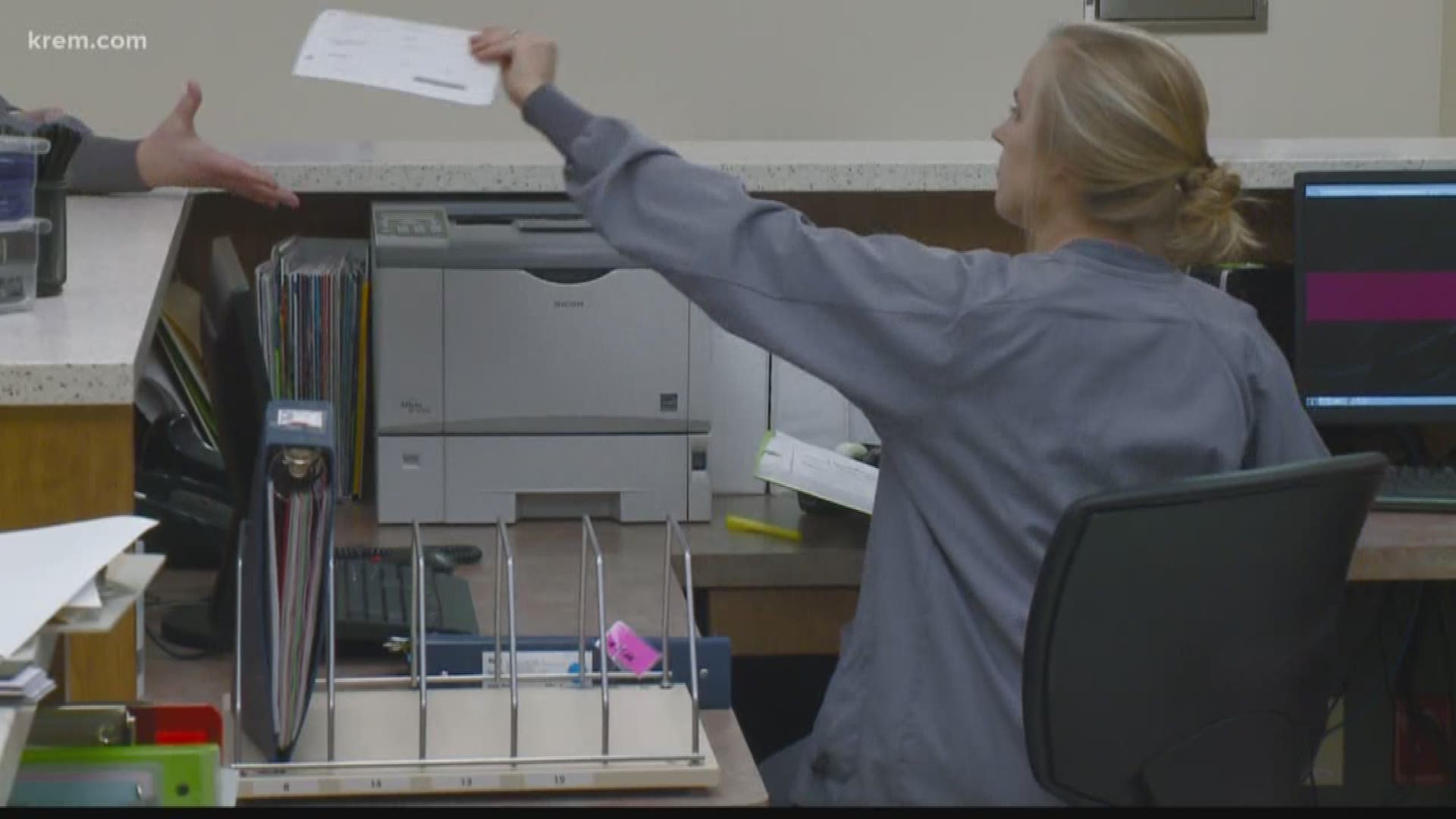 The health care industry in North Idaho says it has seen employees jumping over the border to Washington for work.

Northwest Specialty Hospital in Post Falls had the highest number of employees ever in 2019.

Not all those workers necessarily hung around for long. Some employees left to chase other opportunities just 17 miles down the road.

Northwest Specialty said it has been losing a decent chunk of employees who have left for higher paying jobs in Washington.

Economists said the impact in the minimum wage difference between Idaho and Washington is somewhat hard to pinpoint.  A North Idaho economist with Idaho’s Department of Labor points out that Idaho’s unemployment rate is already low. A tight labor market will drive up wages.

Federal data shows only 11,000 workers making minimum wage across Idaho in 2018. There are some entry-level jobs in Kootenai County that pay above Idaho’s minimum wage.

For example, website Indeed.com shows a job posting for Taco Bell in Coeur d’Alene paying $12 an hour. Goodwill in Post Falls is hiring a cashier at $10.50.

Over at Northwest Specialty, there are two specific jobs impacted by higher wages in Washington: Housekeeping staff and Certified Nursing Assistants.

"Our housekeepers and our CNAs made up over one-third of our turnover last year," said Northwest Specialty Hospital HR Director Christopher Gregg. "We are seeing a little bit higher salary ranges in Spokane versus North Idaho."

Gregg said the hospital has seen employees migrating to Spokane Valley for work. Up until last year, housekeepers at Northwest Specialty were making $12 an hour. To curb the turnover, the hospital upped that to $15 an hour. As for CNAs, Gregg said they usually start at $12 to $13 an hour.

"Some of the wage disparity between Washington and Idaho has really impacted us. We've had to change some of our tactics and strategies," Gregg said.

He realizes that a difference of a dollar or two an hour can have an impact.

KREM 2 reached out to Kootenai Health and asked if they’ve seen similar issues. In a statement, the hospital didn't provide specifics, but said they do have to take Washington wages into consideration like other North Idaho employers. Human resources staff establish wage ranges based on national trends, the hospital said.

Panhandle Health District said they've had a hard time retaining nurses because they not only compete with Washington, but also private industry. The district says it attempts to curb that by offering attractive benefits.

"I know a lot of North Idaho health care industry partners and leaders, they want to curtail that movement," Gregg said.

Gregg said hospital leaders are currently looking at ways to differentiate themselves as an employer and retain good staff. As more and more people move to North Idaho each year, they appear ready to stay busy.

"We're looking at our patient feedback and scores every single day as a leadership team. That's what is important to us," Gregg said.

KREM 2 also reached out to the Post Falls Chamber of Commerce regarding the wage difference. The chamber's president said she is aware of some businesses that have workforce issues relating to people jumping over the border for work. KREM 2 asked to speak with some of those businesses, but none responded to us.