Saving Our Sacred Sisters: What’s being done to stop violence against Indigenous women

According to the U.S. Department of Justice, the number of Indigenous women living on tribal lands who are murdered is 10 times the national average. 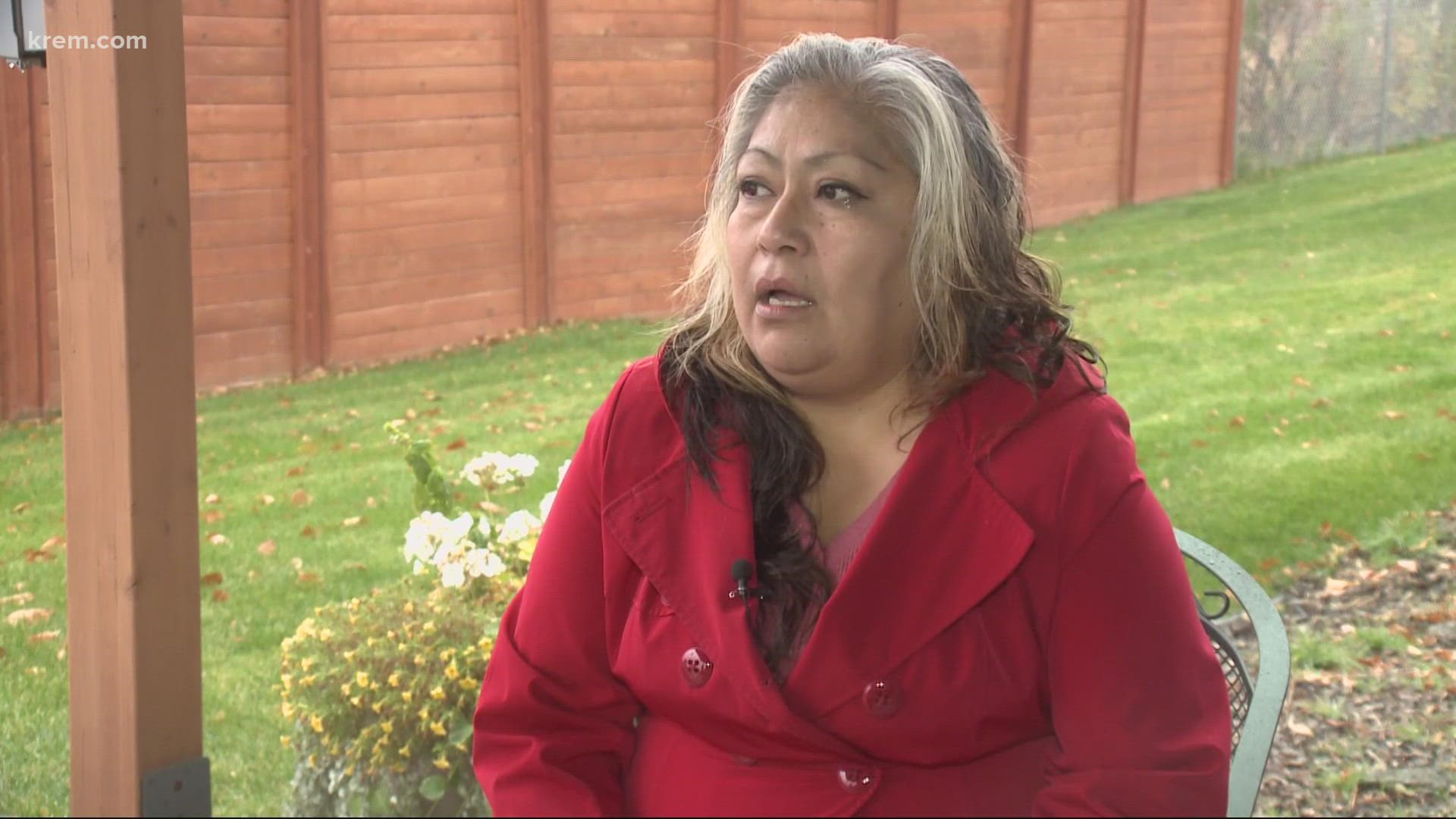 SPOKANE, Wash. — It's been just over a year since Elima Bird's sister Kamiah was killed in Las Vegas.

“She was just really independent,” Bird said. “She liked to travel, she liked good food and when she loved you knew it."

Kamiah was killed in a shooting in September 2020. Since then, the family says they've gotten little help from law enforcement in solving her case.

“All I ever hear from our family is there are no leads,” Bird said. “And I've seen the footage and I don't understand how in a city that never sleeps, there's not more eyewitnesses or something else caught on camera."

Unfortunately, having a loved one go missing or be murdered happens far too often in many Indigenous families.

"It's really hard because she's a Spokane tribal member, but my sister is also Black, you know, and that's been one of the hardest things is just to have, you know, somebody actually say to you, it's probably never gonna get solved, you know, because she's Indian and because she's black," said Bird. "I just don't feel like that's okay. It's not okay to say that about someone, to say that to a family member."

According to the U.S. Department of Justice, the number of Indigenous women living on tribal lands who are murdered is 10 times the national average.

"Before it was my sister, it was my niece and my nephew whose mother was murdered," Bird said. "And it was my, my sister's friend whose niece was murdered in Nespelem, a little tiny town, and how has that gone unsolved?"

A 2016 report from the National Institute of Justice says that more than four in five American Indian and Alaskan native people have experienced violence in their lifetime. For other ethnic groups, that ratio is one in three.

Mariah Brigman is a community activist and started the Facebook page, MMIP Spokane. The page shares information on missing Indigenous people in the area as well as resources for families.

"We already walk in this world differently, you know, we have to clench our purse, we have to clench our keys, you know, we have to park in a light lighted area," Brigman said. "And when you already faced violence, 10 times more, you know, you're already more susceptible to violence, you have to walk in the world even more cautiously. And that's something that men don't think of, and, you know, even Caucasian women who don't face the same repercussions, or the violence that we may face, or would that a lot of us have faced."

"In 2010, our total population was 1.7% and Native American women suffer from domestic violence, and unsolved murders, and rapes and sexual assaults at a higher demographic than any other race in this country," Bird added. " So how is that happening? And why is that?"

To put it in perspective, about 33%  of women across the U.S. will or have experienced domestic violence at some point in their lives. For Indigenous women, that number goes up to 55 percent.

"The Indigenous population is like 1.8% of the total population in the Spokane area and for us, they make up about 3% of the total domestic violence calls," Sgt. Ferguson said. "Which doesn't sound like a lot, but you look and it's almost double. And that's double the ones where law enforcement is involved."

People of color and Indigenous people have historically had problems trusting law enforcement which can often lead to people in these communities being afraid of reporting a violent attack.

"There's lack of trust with law enforcement, which is why this department works so hard in our community outreach, trying to establish that trust," Sgt. Ferguson said. "We're great partners with the Spokane Regional Domestic Violence Coalition, with the advocates here at the YWCA, so that people can feel safe when calling the police."

Hayley Abrahamson works for the Spokane Regional Domestic Violence Coalition and is a member of the Spokane Tribe. She said another thing that keeps victims from coming forward is fear of being ashamed or blamed for what happened.

"We also have a huge issue with cases like domestic violence cases happened to go under reported just with every, or, you know, the typical cases, but with missing and murdered indigenous people and like, stuff that happens on the reservations," she said. "There's been a lot of issues where people, like try to make that report, but there's victim blaming, there's like victim shaming, sometimes, like something happens in the process, because the process is like, super outdated. So like, not everything is reported, accurately.”

Annie Murphy, the executive director of the Spokane Regional Domestic Violence Coalition, said that even if victims want to come forward and file criminal charges against their attacker, it can often be a daunting and confusing process — especially if they live on a reservation.

“People don't know where to report, who to report to, who does have jurisdiction over that case,” Murphy said. “Is it the FBI? Is it the tribal police? Is it a local municipality? Right, is that the sheriff's department? Our system here in the City of Spokane is confusing and then to add in the federal government and tribal organizations, it's just a whole other layer of confusion.”

There are a handful of local resources for people experiencing domestic violence and even for families who are searching for answers after loved ones have gone missing. Right now, a lot of the focus is on not just helping victims but also on preventing these types of crimes from happening in the first place.

“They're not just numbers,” Rose said. “We’re actual people. We're, mothers, sisters. You know, we're family members out here still searching and grieving. And you know, we need to be taken seriously.”