Many protesters arrested in Spokane were local, despite 'busing' claims

Many of the people arrested by law enforcement during the unrest following the first night of peaceful protests on May 31 appear to have been from the Spokane area. 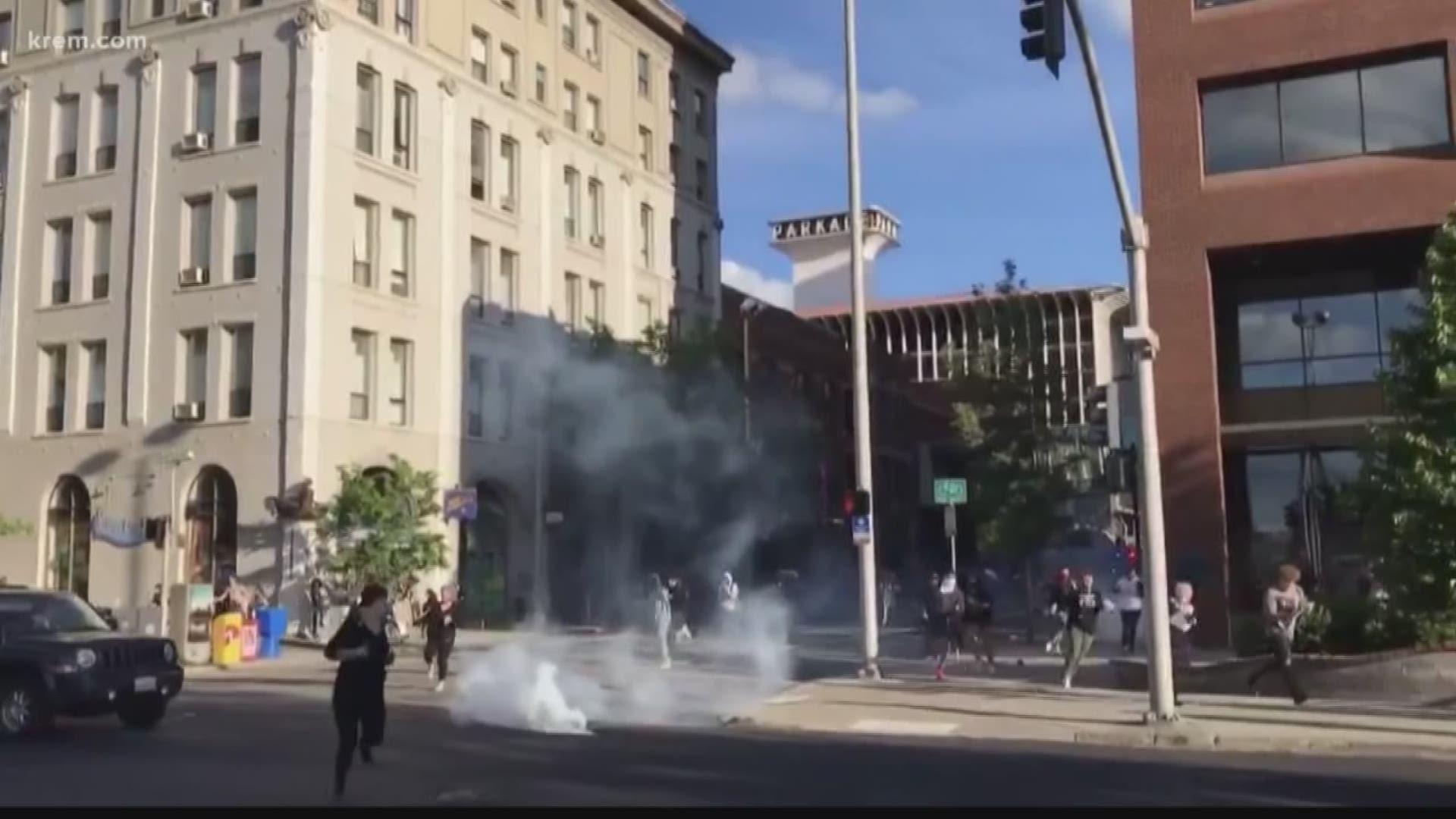 SPOKANE COUNTY, Wash. — Many of the people arrested by Spokane law enforcement during the looting and unrest following the first night of peaceful protests on May 31 appear to have been from the Spokane area.

Many people, including Spokane County Sheriff Ozzie Knezovich, said after the unrest that the violence and looting that took place after that first peaceful protest of the death of George Floyd was caused by Antifa groups bused into the city.

"I want you give you one definitive answer, and it was yes. How do we know? Well, we had CIs from both sides, left and right. Plus, we had police officers on the ground who watched people wearing Antifa t-shirts," Knezovich said at a press conference the week after the unrest.

However, KREM has found that almost all of the people arrested that day were from Spokane or the surrounding area. Several people also couldn't be linked to an address by KREM.

One of the people charged was 18-year-old Neveah Loftice, who is accused of being one of the people who stole from the downtown Nike store after its windows were broken.

Court documents state that police were able to track down Loftice due to Facebook posts where she admitted to stealing a jacket from the store and got angry with friends who criticized her for the theft.

A newspaper birth notice shows that Loftice was actually born here in Spokane.

Loftice isn't the only instance of one of those arrested being from the Spokane area. Of 19 people arrested, KREM found addresses listed for seven people. All of those people were from Spokane County, other than one from Lewis County.

If there were outside agitators brought into Spokane to cause unrest on May 31, all evidence made public so far suggests they weren't arrested. It's also important to note that theories of Antifa members being bused into cities across the country to incite violence are widespread, but also largely unfounded.

Have a tip for out investigative team? Email us at investigators@krem.com

RELATED: Globe Bar and Kitchen in Spokane distances itself from armed group