Eakin took part in killing another child when he was just 12 years old. Today, he calls himself an abolitionist and stages Planned Parenthood protests. 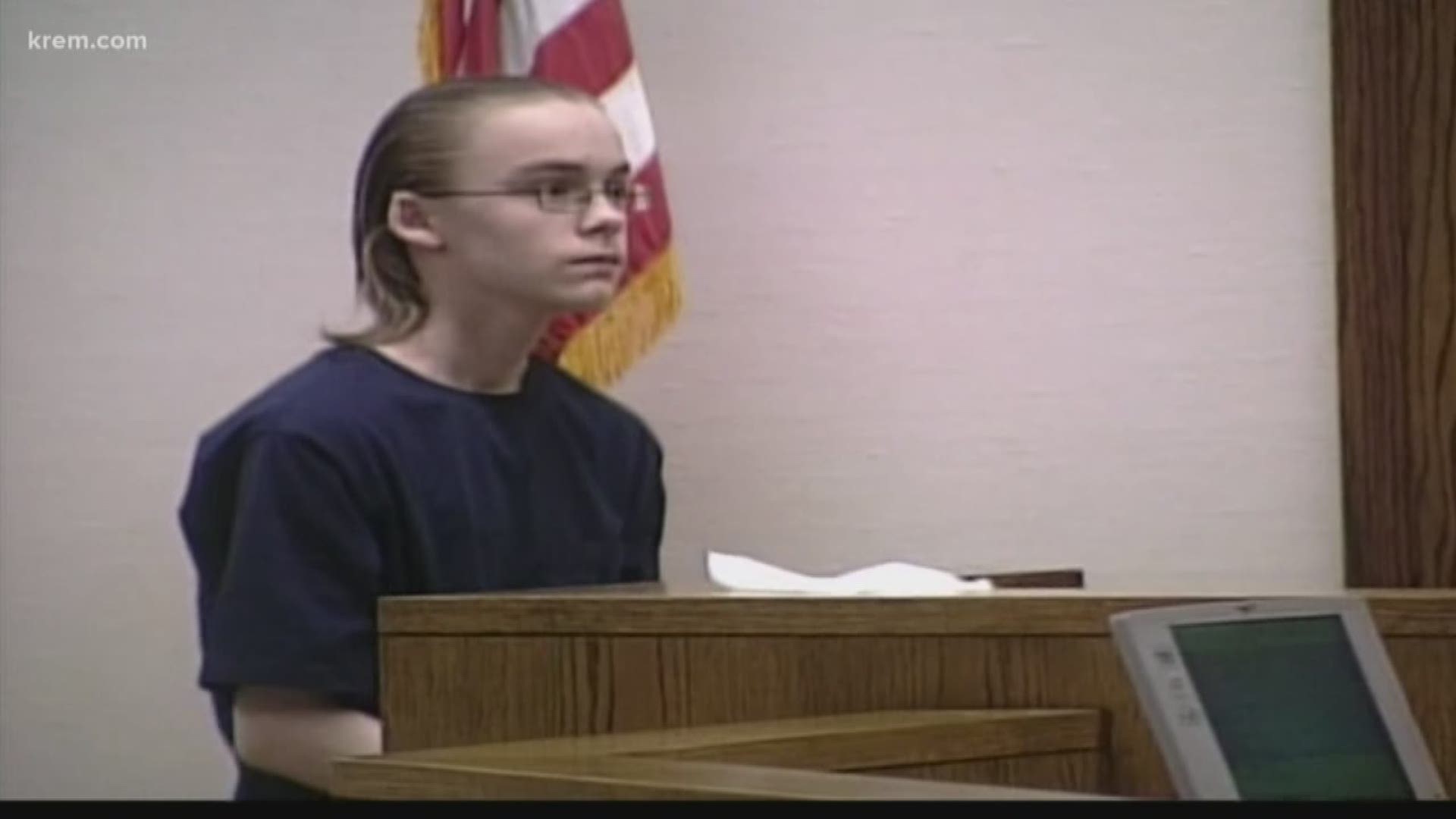 Eakin and Evan Savoie were both found guilty in the death of Craig Sorger.

It was a brutal case that shocked the small town of Ephrata and made history at the state level because, at the time, the murderers were just children.

Now, 15 years later, Eakin says he is now working to save lives because of his violent past.

It was February 2003 when 13-year-old Sorger was viciously beaten and stabbed to death in a wooded area near his house in Ephrata.

His mom said two boys came to her door, Savoie and Eakin. They were asking if Sorger, who was considered mildly autistic, could come out and play. That was the last time she saw her son alive.

Sorger’s body was found that night at Oasis Park, covered in leaves and dozens of stab wounds.

Court records show police immediately suspected Savoie and Eakin. Despite their initial claims that Sorger fell out of a tree, both boys were charged as adults with first-degree murder, making Eakin the youngest in Washington history to face those charges as an adult.

In 2006, Eakin abruptly reversed course. He accepted a plea deal on second-degree murder by complicity. In court, he testified that Savoie had been the ringleader, first attacking Sorger with a large rock, then beating him with tree branches and stabbing him dozens of times with a knife.

Eakin was eventually sentenced to 14 years in prison and Savoie received 26 years.

RELATED: Why Ephrata murderer was allowed on work release

At the time, Eakin said he was filled with anger.

"In prison, I spent a lot of time in lock-up, in solitary confinement because of trouble I got into. There was a block of time that I spent 14 months in there. I got out, and then I went back in there and served another nine months. That's a good two-and-a-half years that I spent by myself. That was the time that I started to educate myself," he said.

Eakin said he became an avid reader, devouring works about the Holocaust, slavery and the Bible.

"When the Lord saved me, I was in a county jail," Eakin said.

After escaping work release in June 2016 and being re-arrested in South Dakota, Eakin was sent to the Yakima County Jail, where he said he found God.

Even with his newfound faith, Eakin floundered a bit when he was released from jail in 2017. It all changed while watching an abortion protest video on YouTube.

"Something happened in that moment where a switch went off and the Lord kind of opened my eyes to the pre-born and abortion," Eakin said.

Since then, Eakin has called himself an abolitionist and stages Planned Parenthood protests and anti-LGBTQ demonstrations across the region. 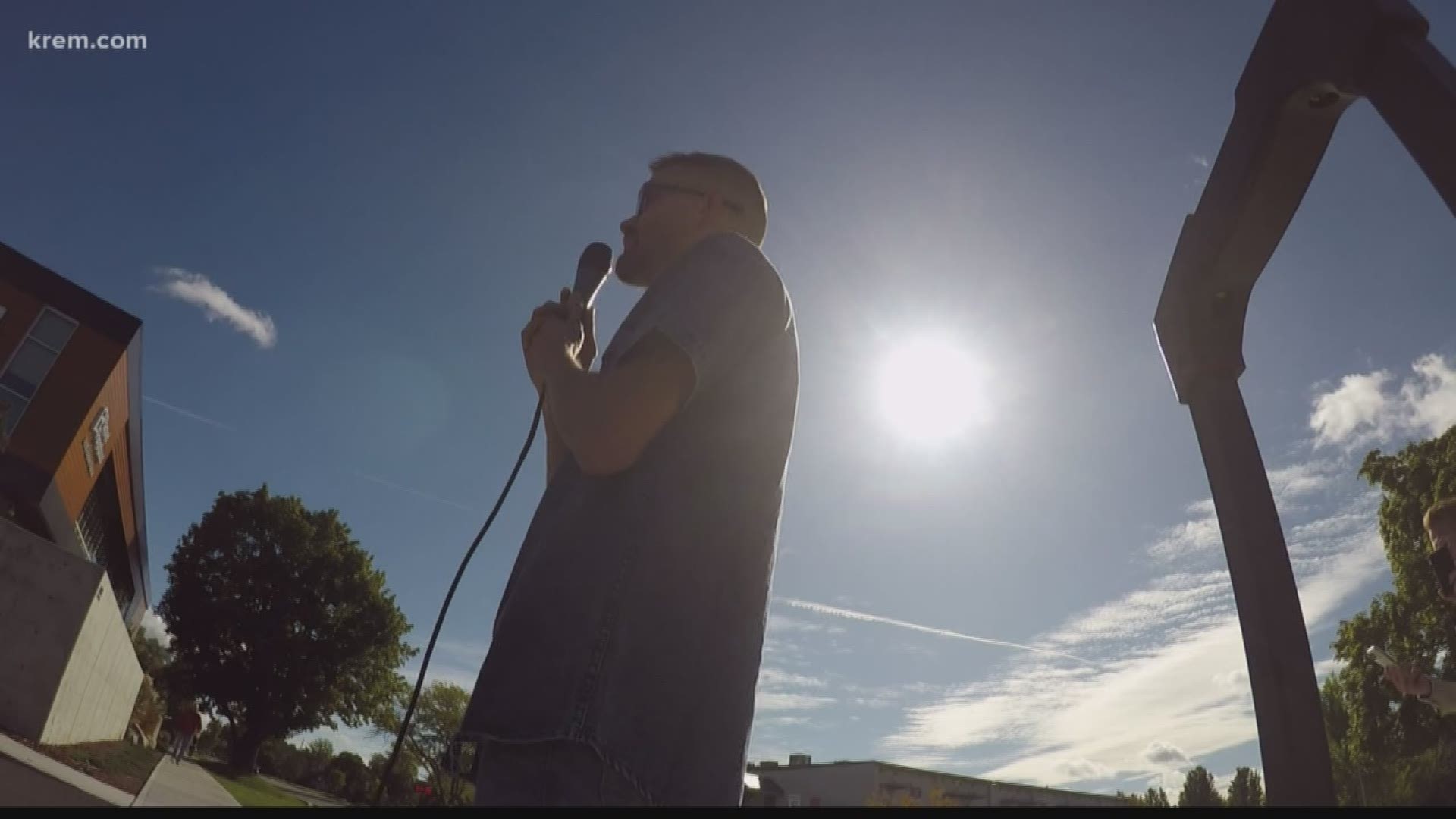 Instead of shrinking away from the public eye, Eakin now seems to welcome the spotlight — some say a bit too much.

"He wants attention. And that's his goal. That means is just a way to bring more attention to himself," said Planned Parenthood spokesperson Paul Dillion. "No patient should ever come through our doors and have to face that kind of harassment and intimidation."

KREM 2 asked Eakin why he uses such abrasive tactics to get attention.

"Well, think of it this way. If we had a holocaust of 2-year-olds, instead of pre-born children, our response would be radically different, right? And so, the reason that I'm an abolitionist is because I believe in being consistent. Meaning, I believe children are being murdered down the street to where I live," he said.

KREM 2 also asked him what he thinks when people call him the worse kind of hypocrite.

"So, this is where the beautiful thing is for me. We serve a God that can forgive murderers. And so, what I would say is that, we live in a culture that would, rightly, point a finger at me and say 'murderer,' " he responded. "I am a murderer. Been redeemed through Christ. That same grace is being offered to all these mothers and fathers that are taking their children to Planned Parenthood. That's why I'm out there."

"I think he's a con artist. I think he wants money. This is his job and he will say whatever he can to try and have people believe in him," Dillion said.

Eakin said he does consider his abolitionist ministry a full-time job, sometimes getting paid to do graphics and videos for various organizations. He said he financially supports his family mostly through donations.

What does Craig Sorger’s family think of their son’s murderer? KREM 2 reached out them multiple times but did not hear back. After the murder trial, they told KREM 2 their sense of loss will never be fully healed.

"I would love the opportunity to express to seek their forgiveness, to express my sorrow, to talk to them about their boy," Eakin said. “There's probably not a day that goes by that I don't look back at that. For me, it gives me a greater value of all life. I know how valuable it is. I've seen how fragile it is. And now, being older, being a man that's experienced a lot in life, I can understand more than I could when I was 12 years old.”

For some, Eakin's past crime is simply unforgivable, while others believe his past is what makes his message today even more powerful.

RELATED: 'If you want a free hug, I got you': Counter-protesters respond to Jake Eakin at EWU

Finding the Church at Planned Parenthood

Pastor Ken Peters heads the Covenant Church in North Spokane and often opens his doors to Eakin and his abolitionist ministry. It’s where The Church at Planned Parenthood was born.

"We all have pasts, some have pasts worse than others. And you know, when somebody finds the Lord, the Lord forgives them, we forgive him, and we embrace him,” Peters said. “I take a lot of criticism for Jake being my friend, and for me being accommodating to him and welcoming to him."

Peters makes it clear that he doesn’t always agree with Eakin’s tactics, such as the bloody photos and loud bullhorn.

"He is very aggressive. He's more aggressive than me. But at the end of the day, we've got to forgive each other and understand that we're fighting for the same thing," he said. "Even though I don't do things the way that he does, I understand where he comes from. And I believe deep down, Jake is a good man."

Other churches believe the same. Eakin is also getting ready to move his family to Idaho, where he said they will travel the country as an Evangelists. He said he’ll never forget where it all started.

"Craig Sorger was a beautiful young boy. And now, being older, being a man that's experienced a lot in life, I can understand more than I could when I was 12 years old,” he said. “It's tragic, because you can't help but think, as I go through life and I become a husband and father, and you think about this young boy, this child, that will never get to experience those things. And the reality of that hits me all the time."

"And tragically, there's nothing I can do to take that one back. It's still there. Deeply embedded, and it will be there probably for the rest of my life. Having to look back at that day that Craig was murdered. And the regret of that and living with that," he continued.

Eakin said he takes responsibility and ownership for what he did.

"I don't want people to feel like I'm trying to justify anything. I take full ownership of what happened. And if I could go back to that day, I would speak up for Craig Sorger the same way I speak up for these pre-born children," he said. 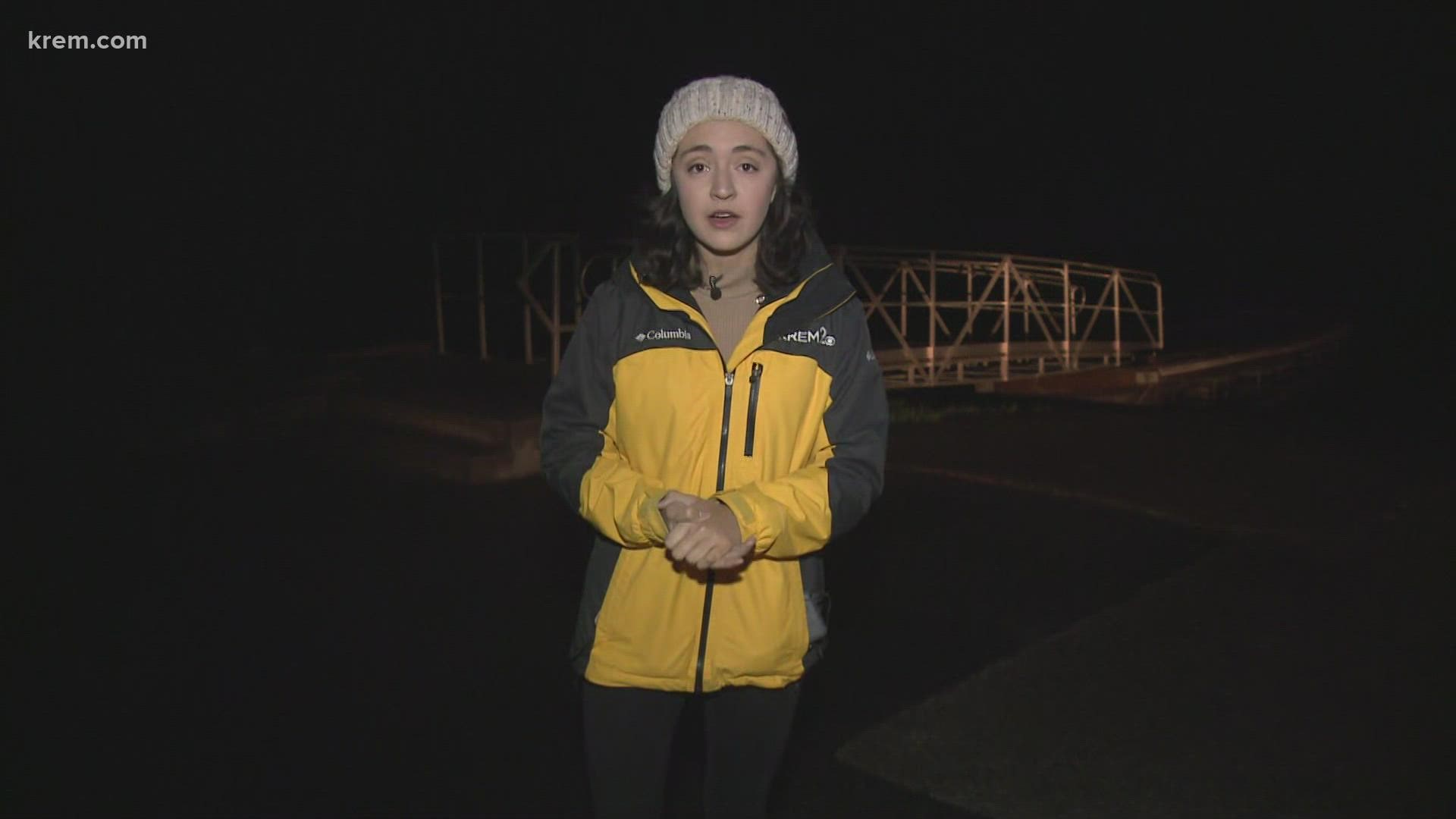