How donations for 2019 Spokane mayor, council candidates compare to past years

PACs are buying ads for a variety of candidates, spending money at a rare pace. 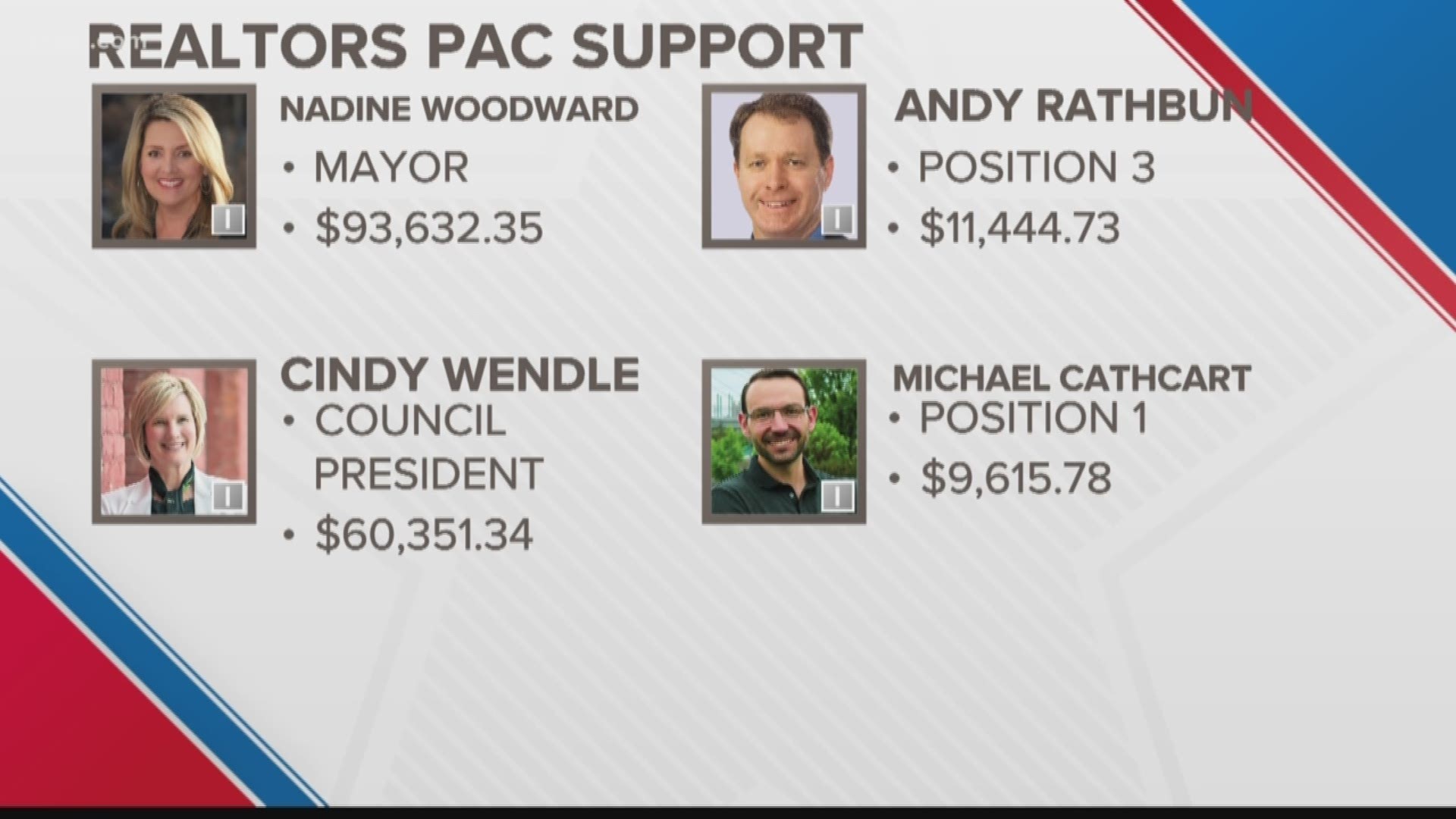 The primary election is just days away, and hundreds of thousands of dollars have already been poured into the races for mayor and city council in Spokane.

So far, $351,430 in contributions have gone to mayoral candidates.

Much of that money this year has gone to two candidates: Ben Stuckart and Nadine Woodward.

The law restricts outright financial donations to local candidates to $1,000 from one donor to one candidate per election cycle.

But it does not restrict the amount of money supporters can spend on their own on, for example, ads supporting or opposing a candidate.

That type of spending is called independent expenditures, and it's how political action committees are showing their support for Nadine Woodward and several other candidates.

Three PACs have spent a total of $137,012 on advertising for Woodward.

The biggest spender is the Washington Realtors PAC, which has spent $93,532 on Woodward.

RELATED: Follow the money; how Spokane mayoral candidates stack up

Woodward has also received considerable support from two other PACs, whose biggest donors are magnates of the hotel, real estate, trucking and construction industries.

Ben Stuckart has received $18.13 – not a typo – in independent expenditure support from a statewide progressive group.

No other candidate has reported independent expenditures this year.

In the 2015 mayoral race, no candidate received any independent expenditure support.

In 2011, Mary Verner got just under $12,000 in support, mostly from a progressive PAC sponsored with largely union money.

But, not only do those figures come close to Woodward's this year, those ad buys occurred entirely in the general election. That is, after the primary.

The primary election will be held on Tuesday, Aug. 6. Ballots are due by 8 p.m.