Three KREM employees took at-home food sensitivity tests to find out what foods they could have sensitivities to. 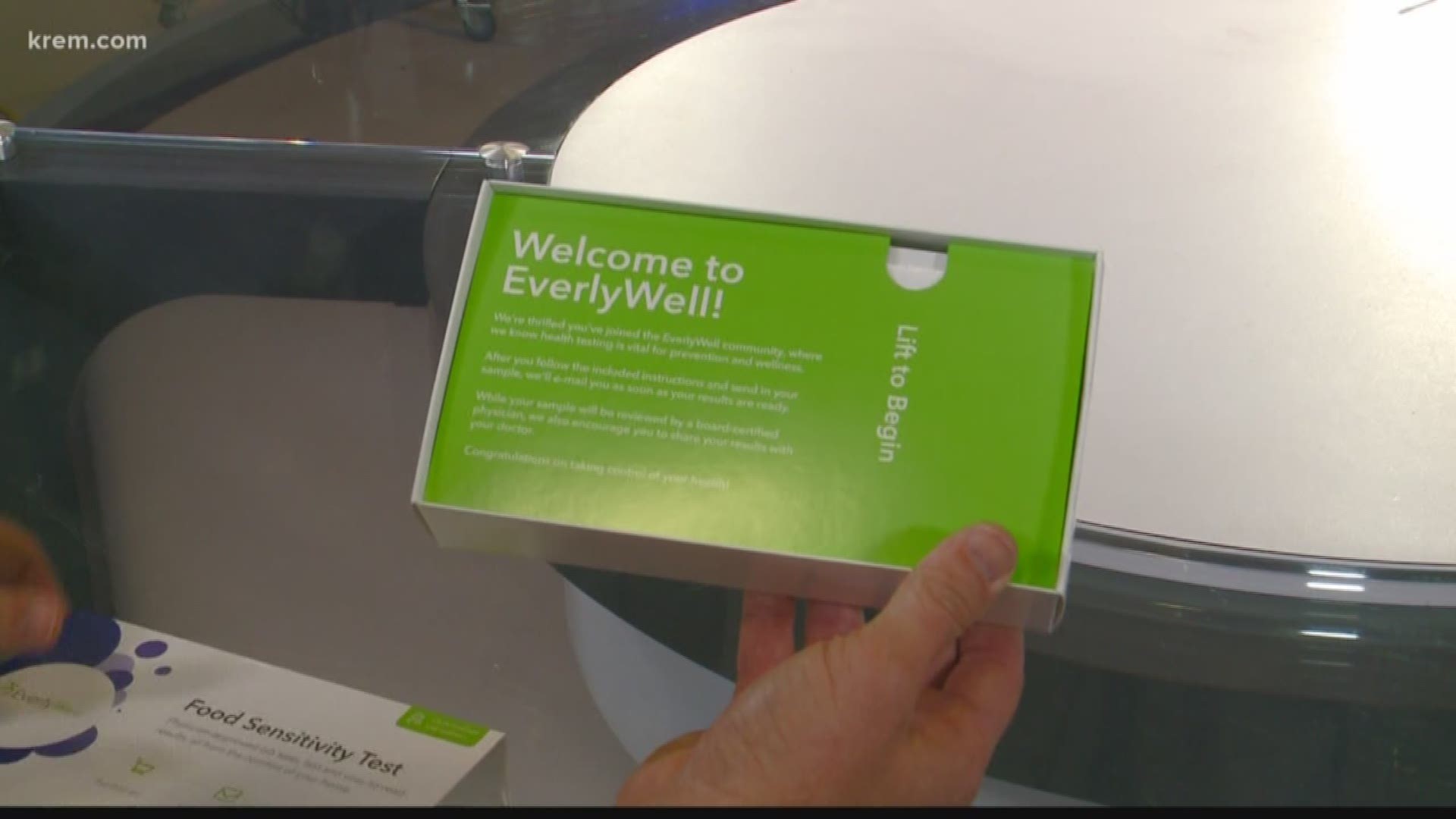 SPOKANE, Wash. — As more people try elimination diets and try to address their health issues through diets, at-home food sensitivity tests are booming in popularity across the country.

Three KREM employees took a test to find out what foods were flagged as potentially problematic.

The tests don't require a doctor's appointment and can be done in the comfort of one’s home. All it takes is purchasing a kit, sending in a small blood sample, and within a few days, the company will have results about what types of foods may trigger a sensitive reaction.

"I love the fact that I can just take this test. Its just a simple finger prick, mail it off, get your results back and then you know, you know what your sensitivities are from there," said KREM Consumer Insight Analyst Teresa Meyer.

KREM purchased the Everlywell Food Sensitivity Test for $150 each. The test promises to test immune system sensitivity to 96 different foods, and 175 users on Amazon gave an average rating of 3 out of 5 stars.

Everlywell said its test is not a diagnostic test, but instead identifies foods that could cause symptoms such as gastrointestinal issues, migraines, fatigue and skin issues.

The volunteers are hoping the test will give them some insight on how their diets are affecting their health and could provide some guidance on what foods to eliminate.

KREM also asked an expert about the accuracy of these types of tests.

Meyer took the test in the hopes it would tell her long-time issues with foods like dairy still affect her today.

"Certain foods tend to either give me a stomach ache or make you feel bloated or headaches or what not, and I'm not sure how to pinpoint what it is now," Meyer said.

He hopes that if he can pinpoint the foods that make his symptoms flare up, he can eliminate them from his diet.

"If I can get it back and I can start eliminating the foods that could be causing my problems, then definitely just get a jump start on that," Lamphere said.

KREM Sales Account Executive and mother Bailey Coveio hopes that she can help her immune system and lower her fatigue by eliminating foods that test as being reactive with her body.

RELATED: KGW tested six vaping products. Here's what was actually in them

"I would say the driving factor for me in wanting to do this is to boost my immune system, to help me get my energy back," Coveio said. "Of course kids take that out of you, but I'm finding myself really fatigued."

The foods that cause a response with the body's immune system are ranked as low/mild, moderate or high reactivity.

Meyer wasn't too thrilled to see egg appear on the test.

"I love eggs! Dang it, I have eggs almost every day," Meyer said.

Covieo only had six foods flagged by the test, and all of them only reached the low level of reactivity. They included almonds, chicken, egg whites, garlic, mushrooms and tuna.

The one that surprised Covieo the most? Almonds.

"I eat almonds, I drink almond milk because I've eliminated dairy out of my diet," she said. "I don't feel anything when I eat almonds."

Lamphere was excited to get his results, but was hopeful that garlic wouldn't come back as being highly reactive with his body.

But his results showed garlic was reactive with his immune system.

"I'm almost moderate in garlic, which, that can't be good," Lamphere said.

In total, Lamphere showed moderate reactivity to cow’s milk, coffee and yogurt, as well as mild reactivity to 17 foods including banana, chicken, wheat and garlic.

But Lamphere isn't ruling out garlic from his diet just yet. He said without context from a medical professional, its hard to understand what reactivity means.

"I am [surprised], but I'm going to have to do a little more research because I don't know what mild reactivity means," Lamphere said.

Jenn Ropp, a registered dietitian and nutritionist for Multicare Rockwood, said that "food sensitivity" is not an official medical diagnosis.

She also said these tests can range anywhere from being 50 to 80 percent inaccurate, and she worries that these tests could cause people to unnecessarily eliminate healthy foods from their diet.

"A lot of these tests, most of them are not regulated by any medical professional or part of our medical system," Ropp said. "So, just like a lot of supplements out there, it can really be pie in the sky I guess you can say. [Its] not really a real test."

Medical experts instead recommend that people track what they eat and how it makes them feel in a food journal instead of buying a sensitivity test. By tracking this information, a person can share it with their doctor to determine the best steps to take.

According to Everlywell, each test result is reviewed by an independent, board-certified physician.

Everlywell suggests people who take their tests focus an elimination diet on the foods flagged in the sensitivity test.

"Food sensitivity tests like the one Everlywell offers help people narrow down the list of foods that could be causing their symptoms to identify which foods to focus on when undertaking an elimination diet," the company said.

Coveio is considering not eliminating one of her reactive foods: garlic.

"I don't know, I love garlic. I can't, I don't know if I could give that up," she said. "It's almost a weird thing like, would I want to feel bad and have garlic."

Meyer said she will be cutting out the foods that came back as being moderately reactive with her immune system to see if she notices an improvement.

"I'll see how I feel with total eliminations and then I'll see if I can slowly work them back in and see if that changes what my reactions are," Meyer said.

Lamphere is considering on whether he wants to cut out things like milk and yogurt, which he consumes most mornings, for a short period of time to see if it improves his arthritis symptoms.

"I might cut out the dairy to see just because it is a big part of my diet in the morning," Lamphere said. "Especially, I always have milk. I like to have a protein shake in the morning and I put yogurt in it."

We will be checking in with out volunteers in a couple of months to see if eliminating certain foods showed any improvement in their symptoms.