Disappearing blue mailboxes, in Oregon and across the country, are nothing new, U.S. Postal Service records show

Federal records suggest that the mail collection boxes have been removed in recent years because people simply are using them less - not because of politics. 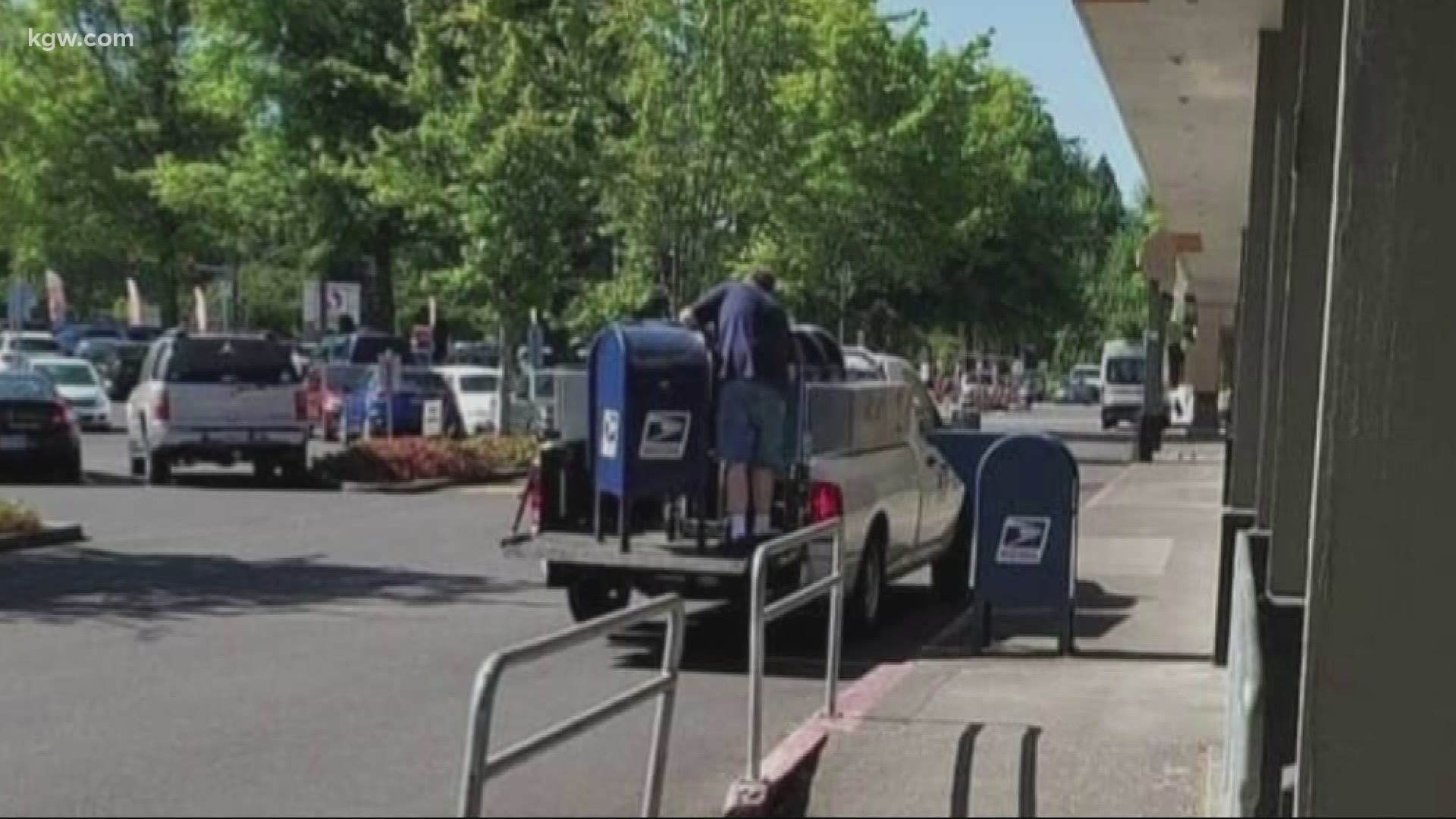 PORTLAND, Ore. — Remember those photos on your social media feeds and in news reports showing Postal Service-blue mail collection boxes being hauled away? The images, from Portland and Eugene in particular, in August went viral.

Similar reports of disappearing blue mailboxes in other states sparked speculation that President Trump might be trying to sabotage mail-in voting by making it harder for people to cast their ballots in a neighborhood mailbox.

In fact, the boxes have been steadily disappearing for years, tied to declines in first-class mail.

Records obtained by KGW through a Freedom of Information Act request indicate more than 17,000 blue collection bins have been removed across America over the past five years.

Additionally, the data suggests the collection boxes have been disappearing because people simply aren’t using them - not because of politics.

RELATED: Is mail delivery slow? We sent letters across the country for the past 5 weeks to find out

A spokesperson from the Postal Service confirmed collection boxes were being removed from Portland and Eugene because of declining revenue and multiple boxes were stationed next to one another.

However, given the wide interest and need for more mail-in voting during the pandemic, public outcry was fierce.

They’re trying to tear apart our Postal Service piece by piece. But Peter DeFazio is defending our right to vote (and every mailbox in America). #USPSisEssential #USPS #SaveThePostOffice pic.twitter.com/f9s6syjuA9

“They’re not getting this one,” said Rep. Peter DeFazio of Oregon in a video posted on social media. The Democratic Congressman jokingly appeared chained to a blue mailbox.

Facing intense backlash as well as rulings by various federal judges, Postmaster General Louis DeJoy has halted operational, cost-cutting changes until after the 2020 election, including removal of those blue collection boxes. Postal Service officials say that, as in past years, they will give priority to mail-in ballots to help ease the voting process.

DeJoy, a Trump donor, said there was nothing sinister going on.

“This is a long-standing thing that has been going on in the postal service for a long time,” DeJoy testified on Aug. 24 during a House Oversight Committee hearing.

“I am not involved in sabotaging the election,” said DeJoy.

In response to a FOIA request, the U.S. Postal Service provided a list of 158,197 blue collection bin locations across the United States.

Additionally, the agency shared a breakdown of every blue mailbox removed over the past five years.

In 2015, the final year of the Obama administration, the postal service removed 2,610 blue mailboxes nationwide.

The disappearing boxes may seem more pronounced recently in some areas.

The data showed since DeJoy was appointed Postmaster General, large numbers of collection boxes have been removed from both traditionally Democrat-leaning as well as Republican-leaning states.

A closer examination of boxes removed recently in Oregon showed many came from the heavily populated, left-leaning Portland and Eugene areas. But, more conservative, rural areas in southern and eastern Oregon lost some of their blue boxes too.

A postal service spokesperson said boxes are removed if they’re not being used.

A 2016 report by the postal service’s Office of Inspector General described how unused collection bins are taken out of service if they receive, on average, fewer than 25 pieces of mail a day.

The internal audit, examining the Eastern region of the country, found the postal service should have removed or relocated a greater number of collection boxes to save money and resources. The 2016 report determined many blue collection bins just weren’t being used.