Travis County Clerk Dana DeBeauvoir confirmed that, while unlikely, it is possible a human error could result in voters receiving the wrong ballot. 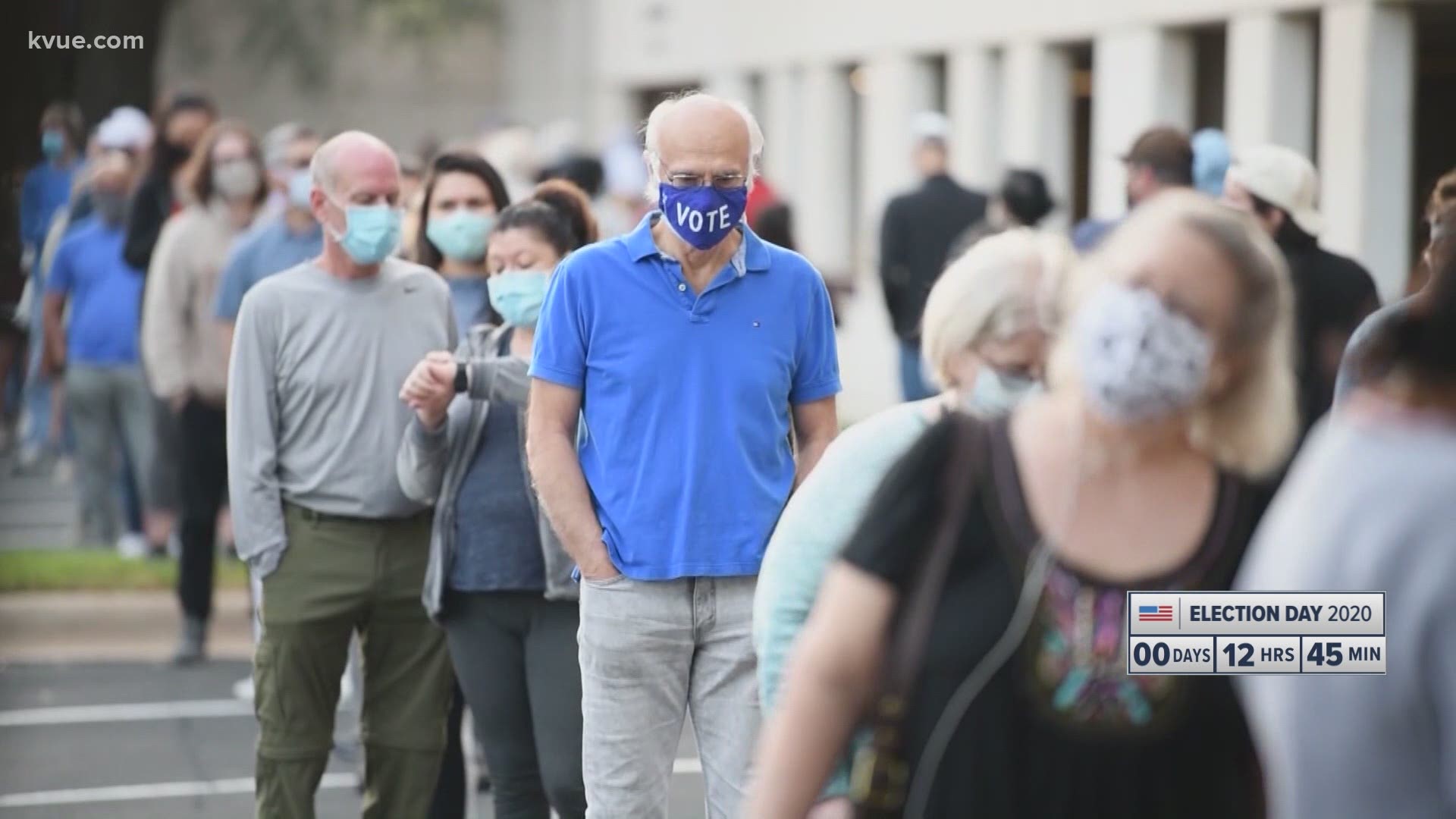 AUSTIN, Texas — Some Travis County voters could have received incorrect ballots that do not include propositions because of a human error, according to Travis County Clerk Dana DeBeauvoir.

Several viewers have contacted the KVUE Defenders because they did not get the opportunity to vote on Proposition A or Proposition B when they filled out their ballot, even though they believe they should have.

"I was just surprised that it is possible for this to happen," Travis County voter Jonathan Dahm said. "And you have to be watching. You've got to be vigilant as a voter."

Voting on Election Day? Here are the voting wait times in the Austin area

Dahm and his wife live in Austin. They took advantage of early voting last week. But after filling out his ballot and reviewing his choices, Dahm realized he didn't have the option to vote on Proposition A or B.

"I knew there was an error because before we went to vote, we printed out a sample ballot and I knew what all the issues were that we would need to vote on," Dahm said.

Dahm is one of several people who tell the KVUE Defenders they had this problem.

At first, Travis County election officials said the voters were wrong, and they must not live in Austin's "full service" jurisdiction, which allows them to vote on those propositions.

Need a ride to the polls? Here are free or reduced options for Central Texas voters

How Austin is preparing for Election Day

But after more questions from the KVUE Defenders, that answer changed.

"It is difficult to give voters the wrong ballot, but it's possible that mistake could happen," DeBeauvoir said.

DeBeauvoir said it's a human error. If it happens, it's usually because the poll worker accidentally hits the wrong person's name when issuing your ballot.

DeBeauvoir said if you go to vote on Election Day and you do not see those propositions when you think you should, ask a poll worker before casting your vote.

"You can ask to spoil your ballot and get a fresh one," DeBeauvoir said. "If those choices are not exactly what you want after you've put your ballot in the ballot box, nobody can do anything to correct an error after that."

DeBeauvoir said most of the complaints about this issue come from voters who are not able to vote on the propositions because of where they live.

2020 Election: The impact of the Latino vote in Texas

Before you go to vote, you can go online and check your address against the City of Austin's Council District Map.

Just plug in your address and verify whether you live in an "Austin Full Purpose" area, which allows you to vote on those propositions. But if you have questions or concerns, ask election officials at your polling place.

"Clearly, there needs to be something done so that other people don't have the problem that I just had," Dahm said.

WATCH: Free rides to the polls in Austin area | KVUE