Coronavirus outbreaks in eastern Washington nursing homes: What we know

Data shows that just over 200 long-term care facilities in Washington state have reported at least one case of coronavirus. 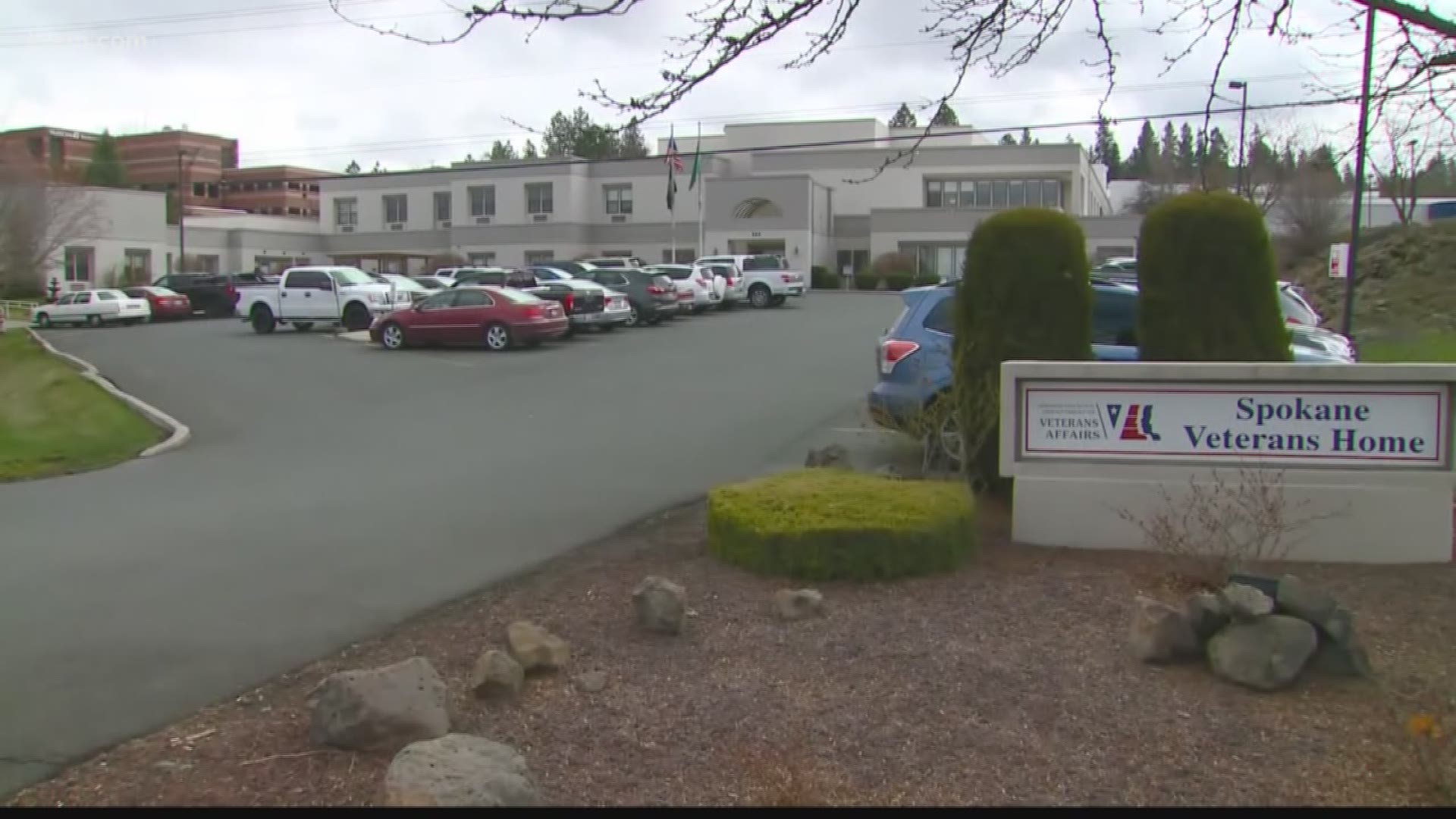 There are more than 1,000 long-term care facilities managed by the state's Department of Social and Health Services. Some of the larger coronavirus outbreaks have been identified at facilities in eastern and central Washington.

Additionally, more than 90% of people who have died of coronavirus in Washington state are over the age of 60, state leaders say.

Other states throughout the country are also reporting an alarming rise in coronavirus cases in long-term care facilities.

CBS News reports that more than half of the nursing homes in New Jersey have at least one case. The New York Times reported on Wednesday that police discovered 17 bodies inside an overwhelmed nursing home's morgue.

At a home near Richmond, Virginia, 33 people have died.

Life Care Center, a nursing home in Kirkland, is considered to be the epicenter of the coronavirus outbreak in Washington state. In early March, there were 129 confirmed cases of COVID-19 in connection to the Life Care Center, including 81 residents, 34 staff members and healthcare personnel and 14 visitors, according to a Centers for Disease Control and Prevention (CDC) report.

In Spokane County, the largest reported outbreak at a long-term care facility is at the Spokane Veterans Home, with 25 residents and at least 13 staff members who have tested positive for coronavirus. Two resident have died.

Kelli Hawkins, a spokesperson for the Spokane Regional Health District (SRHD), said the outbreak is not the largest at a long-term care facility in eastern Washington, as there have been larger outbreaks in the Yakima and Tri-Cities areas.

The largest outbreak reported in eastern Washington is at the Life Care Center in Richland. The most recent numbers from the Benton-Franklin Health District show that there are 93 cases of coronavirus among residents and staff members at Life Care Center.

In Benton and Franklin Counties, 27 out of 36 deaths are associated with senior and long-term care facilities. All of those who have died had underlying health conditions.

There are several other outbreaks in the Yakima area. On March 30, leaders with the Yakima Health District reported that they were investigating COVID-19 outbreaks in three long-term care facilities: Good Samaritan, Prestige Care & Rehabilitation – Parkside, and Toppenish Nursing and Rehab Center – Prestige Care.

KREM reached out to the health district for an update on the number of cases at these facilities but has not received a response.

Spokane County has several long-term facilities other than the veteran's home with confirmed coronavirus cases.

In early April, a resident of Cheney Care Center, a skilled nursing facility, who tested positive for COVID-19 was hospitalized.

Executive director Keith Fauerso said the resident was in quarantine at a local hospital.

Other long-term care facilities in the Spokane area, including Rockwood at Hawthorne, Brookdale Nine Mile and Fairwood Northridge LLC, have also reported at least one coronavirus case in April, according to data provided to KREM by the Washington State Department of Social and Health Services (DSHS).

Hawkins said SRHD has collaborated with other local health care organizations to create a task force focused on senior and long-term care facilities. The team focuses on proper PPE and care of residents, and advises and monitors facilities with positive cases.

Leaders with the Washington State Department of Veterans Affairs told KREM that staff at the Spokane Veterans Home are following extra protocols during the coronavirus outbreak.

The list from DSHS does not include the total number of cases at each facility.

DSHS spokesperson Chris Wright added that the list does not reflect COVID-19 cases that have resolved, meaning the person has recovered. Additionally, it does not reflect facilities that initially reported a case and later determined a negative test results, but did not contact the department again.

“This pandemic situation continues to evolve rapidly. The number of long-term care facilities with COVID-19 cases has more than doubled in the past week alone,” Wright wrote in a statement to KREM. “DSHS is working diligently to clarify and correct our current records. We apologize if any long-term care facilities listed were initially reported as having positive cases and that was later found to not be the case. We understand the interest in this data and want to get it right.”

Candace Goehring, director of Residential Care Services with DSHS, did share on Friday that state leaders are seeing fewer reports of COVID-19 cases in long-term facilities than they were several weeks ago.

“I can tell you that while the individual number of facilities has continued to grow, we are seeing fewer reports than we have a couple of weeks ago," she said. "Overall, we have seen a gradual decline in new facilities reporting COVID.”

Here is a list of long-term care facilities in eastern and central Washington that reported at least one confirmed case since late February:

Sullivan Park Care Center has denied having a case of coronavirus, saying that DSHS has incorrectly listed them.

"That information is incorrect – there are no confirmed cases of COVID-19 at Sullivan Park Care Center.

We’ve been working hard to do everything possible to safeguard our residents, patients and staff. We maintain strict preventive measures throughout our organization to limit the spread of this virus, including screening residents, patients and staff for signs of COVID-19, regularly checking temperatures for all members of our organization, limiting visitor access and suspending group activities within the center.

Our residents, patients and their families place a great deal of trust in us to ensure their safety and well-being. We will continue our ongoing steps to implement safety precautions designed to protect all members of our community.”

Wright said there have been some errors in DSHS reporting, but staff say this is not one of them. He added that DSHS has reached out to the facility and will provide an update if it is removed from the list.

You can view the full list from DSHS below:

Rapid testing could be available for long-term care facilities

State leaders shared on Friday that they are working the ability to provide rapid testing supplies at long-term care facilities and for someone at a facility to collect a sample.

She added that local health jurisdictions and an infection control team with he state Department of Health visit sites with confirmed or suspected cases of COVID-19 to determine how many residents and staff should be tested.

“There are some settings where there might be a long-term care facility that has a locked ward and a freely mobile ward," she added.

All long-term care facilities and agencies have also been asked to conduct a survey used to inform emergency management personnel and and local health districts about residents with confirmed or suspected COVID-19 cases, along with the number of staff working at each facility.

Do you have a tip for our investigative team? We want to hear from you. Email investigators@krem.com. 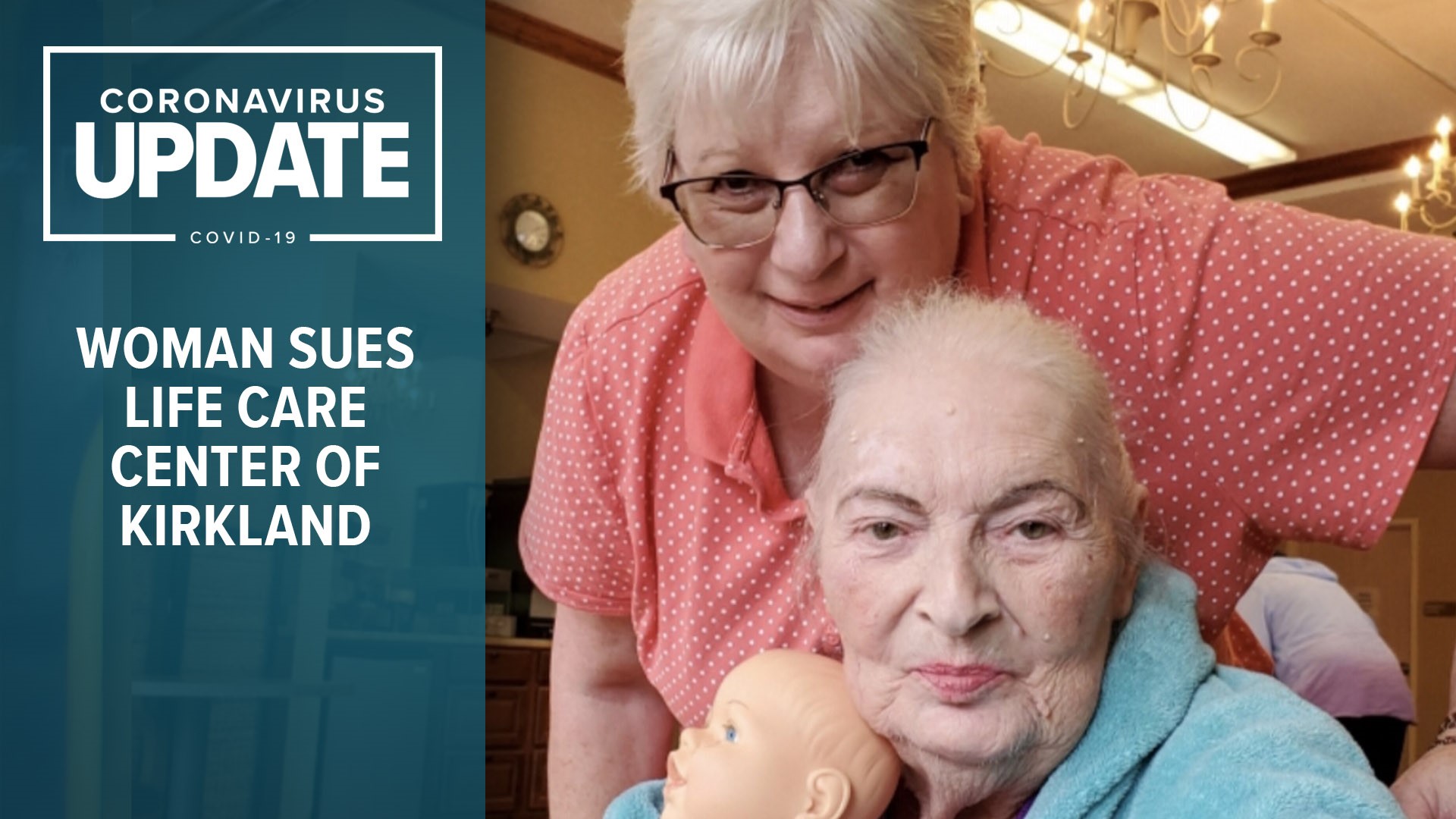